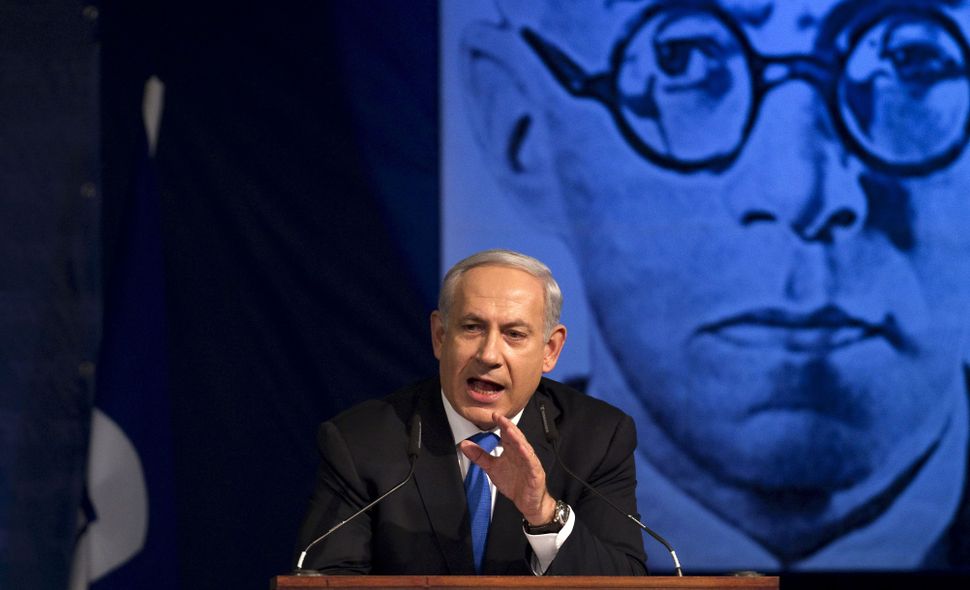 At a November 1 top-secret Israeli Cabinet meeting, the tension between Likud lawmakers and the country’s intelligence chiefs finally exploded.

The chief of Military Intelligence, Major General Herzl Halevi, had come to deliver the Israel Defense Forces’ analysis of the terror wave plaguing Israel for the past month. The main causes, he reported, are tension over the Temple Mount; anger over the unsolved July 31 murder of the Dawabsheh family in the West Bank; and rage and despair among Palestinian youth who see no future and feel they have “nothing to lose.” Other factors include copycat activity and social-network influence, plus the declining influence of Palestinian Authority President Mahmoud Abbas, who is attempting with limited success to halt the mostly teenage violence.

According to several attendees who spoke to reporters, the mood at the meeting was tense. Likud up-and-comer Ze’ev Elkin, the Ukrainian-born immigrant affairs minister, spoke for many present when he accused Halevi of “blaming Israel” and “acting as a spokesman for the Palestinians.” Elkin lectured Halevi that he’d ignored the role of Palestinian incitement. Halevi’s response: “Yes, there is incitement.” Put differently: Yes, sir, I’ll tell you what you want to hear.

Privately, security officials use barnyard terminology when discussing the government’s Abbas-incitement charge. Behind the derision, though, they’re afraid. The nature of Israel’s political debate has changed. Likud ministers, once the ultimate hard-nosed realists, now treat intelligence professionals in much the same way that congressional Republicans treat climate scientists: as alien beings from an alternate reality.

To see just how dramatically the Likud line has morphed in a few short decades, consider this passage from an early Zionist writer:

“No indigenous population anywhere at any time has ever been able to accept the colonization of its country. Every indigenous people, whether developed or developing, views its country as its national home, in which it wishes to remain absolute master forever. It will never willingly grant entry to new masters, nor even to cohabitants or managerial partners.

“This is true of the Arabs as well.… They may differ from us in culture, in endurance or determination, but there the difference between us ends.… They relate to Palestine with an instinctive love and passion that’s at least equal to what the Aztecs felt toward their Mexico or the Sioux toward their prairies.…”

Indigenous populations, the author wrote, will resist the newcomers forcefully unless and until they conclude that the influx cannot be stopped. At that point, “influence will pass to moderate groups, and these moderates will come to us with proposals for mutual concessions, and negotiations can then begin in earnest over practical questions.…”

The words are those of Vladimir Ze’ev Jabotinsky, founder of the right-wing Zionist Revisionist movement, forerunner of today’s Likud. They’re from his seminal essay, “The Iron Wall,” written in 1923 — six years after Great Britain issued the Balfour Declaration, calling for a Jewish national home in Palestine, and three years after the first organized Palestinian revolt against Zionist immigration.

Jabotinsky argued that the Palestinian violence of 1920–21 was neither banditry nor anti-Semitism nor an Arab misunderstanding of Zionist intentions, as many Zionists maintained, but rather natural resistance by one nation fearing another nation taking over its country. Accordingly, he wrote, it was pointless to try negotiating or buying off Palestinian leaders. Rather, Zionism should dig in behind a metaphorical “iron wall” until the Palestinians accepted the inevitable.

Jabotinsky was reviled in his day as a racist and a warmonger by the mainstream Zionist leadership under Chaim Weizmann and later David Ben-Gurion. The “iron wall” thesis was a key point of disagreement, but not the only one. Most notably, Jabotinsky insisted the Jewish state must encompass all of historic Palestine, including what became Jordan. But on the Palestinian conflict he proved prophetic. He became a political pariah, but his iron wall thesis became a staple of Israeli defense doctrine.

That is, until 1993, when the Palestine Liberation Organization formally agreed in Oslo to recognize Israel and negotiate those “mutual concessions” that Jabotinsky anticipated. To the Israeli military, an IDF deputy chief of staff once told me, the Oslo Accords were the Palestinians’ “surrender document.” The next step was supposed to be negotiating the terms.

That year, 1993, was a watershed for Jabotinsky’s heirs in the Likud. If Israel’s military and intelligence communities considered the Oslo Accords a turning point in the Palestinian stance toward Israel, then the Likud now had to choose between Jabotinsky’s iron wall thesis and his commitment to the Greater Land of Israel. If the Palestinians were giving up their claim to exclusive ownership of the land, then it was time for mutual concessions. If concessions were impossible because Israeli territorial claims were inviolable, then a way to disregard the Palestinians’ new stance had to be found.

Most of the Likud chose the Greater Land of Israel. Jabotinsky’s view of Palestinian anti-Zionism as fundamentally about land was abandoned in favor of a metaphysical, almost mystical vision of Palestinian opposition rooted in timeless, immutable hatred of Jews.

As the Likud has morphed from realism to metaphysics, traditional Jabotinskyites like Dan Meridor and Reuven Rivlin have been marginalized or forced out. A growing proportion of the party’s younger generation consists of religious nationalists who don’t hide the mystical roots of their vision. And, as the retooled Likud has become entrenched in power, relations with the security services — the IDF, the Shin Bet and the Mossad — have grown steadily more strained.

The new Likud version of reality has been evolving slowly over the decades since Oslo. In the past few weeks, with the terror wave as a backdrop, Prime Minister Benjamin Netanyahu has been rolling it out, piece by piece, and it’s beginning to emerge as a coherent whole: Nazi roots of Palestinian nationalism; violence as a product of incitement from above rather than conditions on the ground; the need for full Israeli control of “all the territories for the foreseeable future,” despite the threat of binationalism; and finally, the October 26 announcement at a stormy session of the Knesset foreign affairs and defense committee that Israelis “will forever live by the sword.”

Zionism, which first arose to end the Jews’ international pariah status, now promises to trap them there forever.