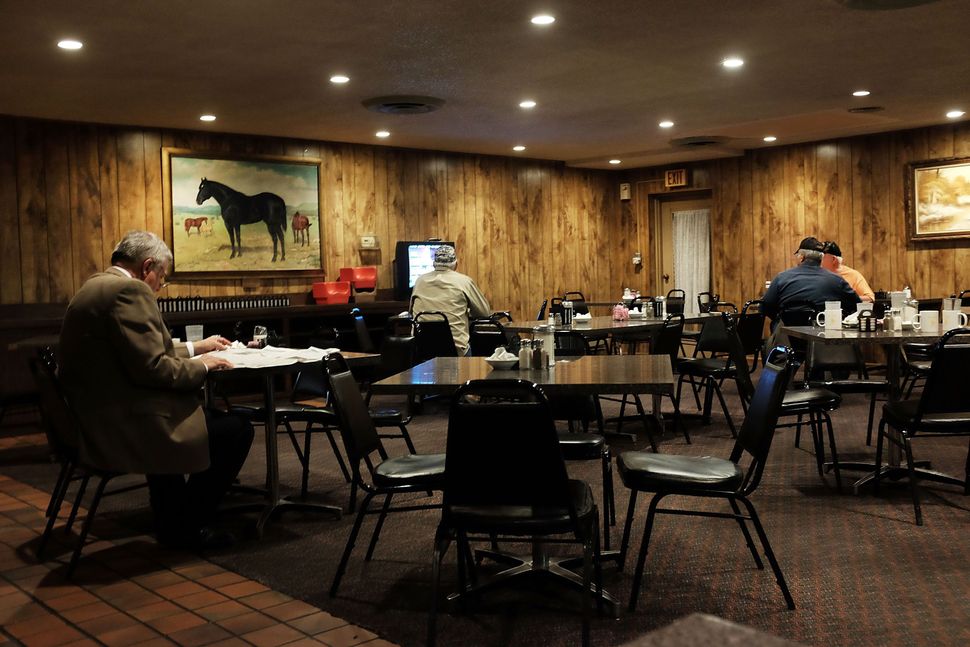 Ever since New York Times columnist Thomas Friedman published his best-selling 2005 treatise on globalization, “The World Is Flat,” I’ve been troubled by a nagging question: If globalization and technology have opened limitless opportunities for anyone with the skills and resources to reinvent themselves, what happens to folks who aren’t clever or connected?

What if you don’t have the wherewithal to “invent a job” for yourself, as Friedman famously recommended in 2013?

Well, now we know. They’re dying, falling by the tens of thousands per year to self-inflicted wounds of drug and alcohol abuse or straightforward suicide. Simply put, America’s white working class is being ravaged by a deadly epidemic of sadness and despair.

The numbers are in a new study by a pair of Princeton University economists, one of them this year’s Nobel economics laureate. It shows a dramatic rise since 1998 in mortality, or death rates, among middle-aged white Americans, ages 45 to 54, who never went to college.

This is roughly identical to whites with the lowest incomes and the highest unemployment, according to the federal Bureau of Labor Statistics. It’s also the segment of the white population with the worst prospects of finding new jobs at comparable wages after their old ones disappear, the group at greatest risk of ending up living in their cars and living off of food banks.

No other demographic group — racial, ethnic, economic, age or otherwise — shows a similar rise in death rate. On the contrary, every other group continues to enjoy the same steady decline in mortality — measured in numbers of deaths per 100,000 per year — that all Americans experienced for decades after World War II. Only among middle-aged, working-class whites has that downward trend been reversed in the last two decades.

Moreover, the uptick in deaths doesn’t appear in any other industrialized Western nation. Only in America, and only among the white working class.

The authors don’t offer a breakdown by education or income among blacks, so the comparison isn’t perfect. However, the rise in mortality among working-class whites is sufficiently dramatic that it creates a net rise among whites overall, even though other groups of whites — college graduates and those with some college but no degree — are not experiencing increased mortality at all. By contrast, the dramatic decline in mortality among blacks during the same period suggests that non-college blacks, who form a larger proportion of the black population than non-college whites in the white population — cannot be experiencing anything comparable to the rising death rate in the white working class.

The new study, by economists Angus Deaton and Anne Case, first appeared online November 2 on the website of the Proceedings of the National Academy of Sciences. It received considerable news coverage, including a front-page story in The New York Times and big features in the Washington Post, Bloomberg News, the PBS News Hour and elsewhere.

If my version of the story sounds a bit unfamiliar, though, don’t be surprised. Almost every news account of the study began by stating that mortality was rising among middle-aged whites. Only deeper in the stories did most accounts note that the rise was concentrated among less-educated whites.

Don’t blame the reporters, though. The study itself begins by announcing that it has documented “a marked deterioration” in the death rate of “middle-aged white non-Hispanics in the United States after 1998,” without mentioning education, income or class. Only on Page 2 of the six-page paper do the authors note that the “turnaround” in whites’ mortality was “driven primarily” by increased deaths among those with high school diplomas or less.

But that’s not exactly right, either. As the authors go on to report, the death rate stayed almost unchanged — actually declining about 1% — among whites with some college but no B.A. Whites with a B.A. or more experienced a decline in death rate comparable to the rest of the nation. In other words, the rise in mortality was not “primarily” among working-class white — it was only among working-class whites. But that increase was so marked that it resulted a rise among whites overall.

It’s true, then, that mortality rose among whites as a group. But presenting the change that way, rather than isolating it within the group where it actually occurred, makes it harder to look for the cause.

And the search for a cause has been all over the map in the few short days since the study first appeared. The authors themselves point to a huge increase in the availability of prescription opioid painkillers, meaning Oxycontin and related drugs. They have become, along with alcohol, the main driver of fatal substance abuse in the target population.

They note, too, a dramatic rise in complaints of pain, particularly chronic joint pain and sciatica, along with reports of inability to socialize, shop and conduct ordinary “activities of daily life.” They say it can’t be determined whether the increase in reported pain and psychological distress causes the increase in opioid use or vice versa.

Several commentaries on the study have pointed to the declining economic prospects of working class whites. Median income for households headed by a high school graduate fell by 19% during the period under study. That could generate an increase in anxiety about individuals’ personal financial futures, which could, in turn, be accompanied by the sort of physical and psychological symptoms the study describes.

The weakness of that theory, though, is that much the same economic pressures weigh on other groups, including black and Hispanic Americans as well as Europeans of comparable educational and class backgrounds. And yet none of those groups is experiencing rising mortality rates the way that working-class white Americans are.

Several conservative commentators suggested that the rising death rate may be due to the rise of secular liberalism and loss of traditional values.

“To a great extent, our progressive culture strips ordinary people of almost all settled roles, other than economic ones,” wrote R.R. Reno, editor of the conservative Christian journal First Things. “This heightens the existential pain of the already harsh economic realities of our globalized economy, which can be very punitive to the poorly educated.” The culprits, Reno wrote, are both “large-scale trends in our post-industrial society” as well as “a sustained and ongoing ideological assault on the basic norms for family and community.”

Simply put, Reno argues that liberals have robbed the working class of its old-fashioned values. And in the vacuum created by loss of values and individual character, these poor wretches are turning to liquor and drugs. And, um, suicide.

Ross Douthat, the conservative New York Times columnist, comes a little closer to the mark. He suggests that the mounting social and economic stresses facing less-educated Americans in recent decades — “stagnating wages, family breakdown, and social dislocation” — might have a different emotional effect on whites than on blacks and Hispanics. Whites, he writes, have “a sense of promises broken, a feeling that what you were supposed to have [his emphasis] has been denied to you.”

By contrast, Douthat writes, Hispanic and (especially) black communities have cultivated a different set of expectations, a different model of community and family” and other adaptations that “may create a kind of resilience, a capacity for dealing with stagnation and disappointment.”

Given the massive dislocation of family structure in the poorer reaches of the black community, that seems a bit of a stretch. But Douthat’s “different set of expectations” seems about right.

I’d put a different frame on it, though. Let’s start with the truth that the ills driving up mortality among working-class whites, substance abuse and suicide, can be summed up as self-destructive behaviors. They’re symptoms of depression, despair and self-loathing. They suggest a population that’s facing massive dislocation — not just disappearing jobs but disappearing pensions, vanishing opportunities for higher education, large-scale eviction and more — and doesn’t know whom to blame other than itself.

If we want to identify the cause of the white working class’s crisis, we first need to identify characteristics that set it apart from other populations that face the same ills but react differently, namely American minorities and working class Europeans. It’s not economic stress. It’s not family breakdown. Both of those are shared with the other populations, which as noted are not killing themselves by the tens of thousands per year.

Here’s one big difference to chew over: The American white working class, unlike those other groups, has become, in the words of centrist political commentator Charlie Cook in his Cook Political Report, “a core element of the GOP coalition.” Over the past two generations non-college whites have switched political allegiances and philosophies in a massive way. They left a political camp that saw the poor as victims of circumstance and mistreatment and government as a tool to help them. Instead they moved to a political camp that sees the poor as victims of their own failings and weaknesses.

Thus while disadvantaged minority Americans and working-class Europeans blame their troubles on the system and respond with anger, all too many working-class white Americans respond by self-medicating, or worse.