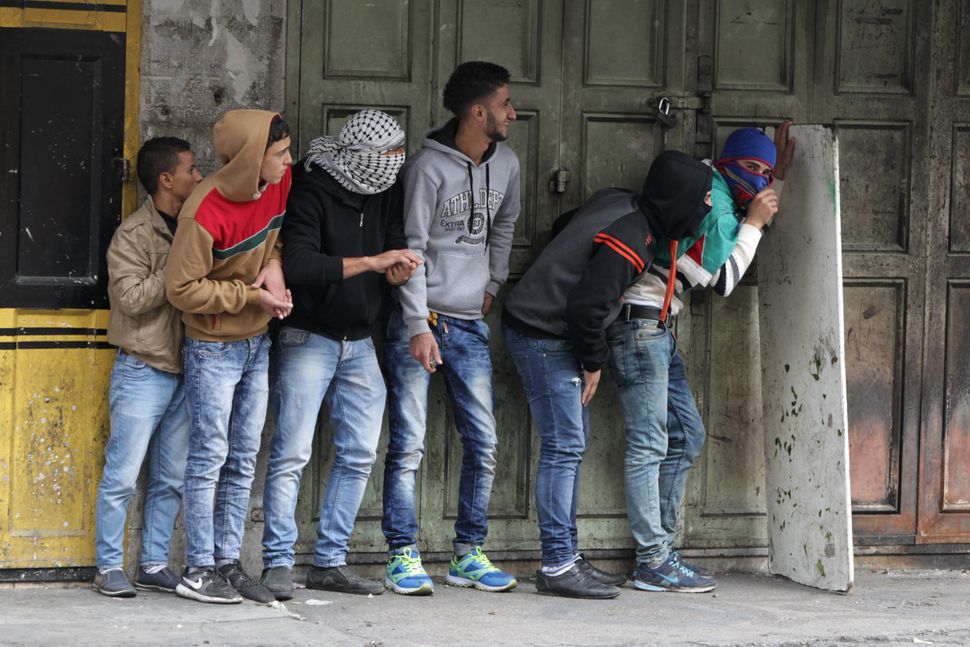 In a lengthy essay titled and published in Mosaic, Daniel Polisar provides a detailed analysis of Palestinian public opinion of the kind that a professional pollster can appreciate: he draws on multiple sources, representing some of the trustworthiest Palestinian pollsters, and examines trends over time from numerous angles.

Unfortunately, Polisar’s conclusions bear all the markings of a polemic: a preconceived notion that the author was determined to support with data selected and interpreted for this purpose. Three main aspects reveal the deep bias of the piece.

First, Polisar portrays Palestinians as holding an irrational, “demonic” and “diabolical” image of Israel, because a majority fears that Israel wishes to annex all the occupied territories and to expel the Palestinians. Where would they get such an idea? One might think Palestinians woke up in Switzerland one day and decided to hate us. Israelis often remind one another, “We don’t live in Switzerland” — but apparently Polisar expects Palestinians to behave as if they do.

In fact, all of the unsavory attitudes he tracks are formed by people living under a violent military regime that has governed the life of every Palestinian in the Territories for nearly 50 years and has left no one untouched. This is completely absent in his analysis. The attempt to excise the settlers, soldiers and occupation bureaucracies that make up the vast majority of Palestinian interaction with Israel renders the entire analysis surreal. It could be dismissed as the work of a novice, if it wasn’t so common. Haaretz columnist Chemi Shalev has called it “occupation denialism.”

Polisar is no outsider and no newcomer; his omission is inexcusable. Even more so because for average readers, it’s only a small leap from “they’re irrational” to “they’re animals,” which is heard far too often these days. Polisar now bears the grave burden of stoking such dehumanizing notions.

As an aside, Polisar vastly misrepresents the Palestinian pollster he praises so lavishly, with “some of my best friends are…” sincerity. Khalil Shikaki, together with Jacob Shamir, published the most thorough book I know of on Israeli and Palestinian public opinion on the conflict, and came to precisely the opposite conclusion: On both sides, attitudes may not be pleasant, but they respond rationally to developments on the ground.

The second major problem is that Polisar downplays or simply ignores any conciliatory data about Palestinians. When majorities reject terrorism, Polisar explains elaborately why that data doesn’t really mean what it seems to mean. Regarding conflict resolution, in 2013, a majority (53%) of Palestinians supported the establishment of a Palestinian state alongside Israel (rather than holding out for one state); 63% supported an “end of claims” concept that entails a complete end to hostilities after the two-state permanent status accord would be implemented. In 2015, despite the trauma of the Gaza war in 2014, the percentage supporting two states had barely changed among Palestinians (51%) while Israeli support dropped from 63 to 51% in that time. The Saudi Plan the Arab Peace Initiative, considered completely mainstream in Israeli policy circles) was tested in 2015, and the data was striking: more than twice as many Palestinians supported it as Israelis did (52% versus 21%).

This is not to downplay the fact that Palestinian support for some aspects of conflict resolution palatable to mainstream Israel is often somewhat lower than Israeli public support is. But how can readers judge fairly when these other findings have been suppressed?

The third serious problem is Polisar’s failure to acknowledge the mirror image. I understand that his article is only meant to cover Palestinian opinion. But it is misleading and frankly irresponsible to present negative Palestinian attitudes on specific issues as if Israelis do not think the very same thing, often with very similar numbers.

On the Israeli side, there is a mirror of support for violence: Israelis famously supported the Gaza wars by 80-90%, despite enormous civilian death and destruction. The majority supported the use of military action throughout the second intifada. Israelis consistently venerate the IDF more than any other institution in society, and yes, Israel names streets and squares after what it calls war heroes. It has elected a bona fide terrorist, Yitzhak Shamir, as prime minister.

Polisar fumes that the Palestinians reject the two-state division of Jerusalem by “3/5ths” (over 60%) and deny Israel’s historic attachment to it. But there is a mirror of rejectionism over Jerusalem, too. In a survey I conducted in 2007, three-quarters of Israeli Jews said Jerusalem was the eternal capital of the Jews only, while just one-quarter said it could be the capital of two nations. In 2010, the Joint Poll found that 33% of Israeli Jews accepted the division of Jerusalem and 65% rejected it.

It’s not just Jerusalem. In the June 2015 Joint Poll, 54% of Israelis opposed dismantling most West Bank settlements for a peace agreement and only 38% supported it. Actually, there has been a stable majority in Israel supporting the settlement enterprise for years.

Finally, there is the near-identical mirroring of threat perceptions. Polisar laments that 59% of Palestinians believe Israel wishes to annex all the territories and expel Palestinians — even as he smothers the data that 61% of all Israelis believe that Palestinians wish to conquer all of Israel, or conquer it and destroy the Jews. Surely he would say that the Jewish perceptions are correct and Palestinians are wrong. But he didn’t need any of this data to say that.

Here is what each side actually says it wants, in the same 2015 survey: One-quarter (23%) of Palestinians wish to conquer all of historic Palestine or conquer and destroy the Jews; all the rest dream of controlling the 1967 territories. But more Israelis (32%) say Israel wishes to annex all of the territories and deny Palestinian rights, or annex and expel.

What about the most damning finding: Palestinian support for violence? In fact, the embrace of violence is troubling and cannot be dismissed, having been confirmed in numerous surveys. I do not support this support. Sadly, here too there is a rational calculation: With epic mistakes on both sides, all diplomatic and non-violent strategies for Palestinian independence have failed. And even Israeli analysts commonly argue that Israel only compromises following phases of violence (caveat: I disagree). I don’t like the Palestinians’ attitudes on this, but it doesn’t make them bloodthirsty by birth: It makes them human beings, flawed like anyone else, in a situation that is driving them crazy.

To pretend these attitudes emerged ex-nihilo renders the analysis disingenuous. I am disappointed, and somewhat frightened, that Polisar spent so much energy making the case for why Palestinians can never be viewed as equals or as partners. If you only read half the facts, you might just believe him.

Dahlia Scheindlin is a public opinion researcher and a political strategist who has worked on five Israeli national election campaigns. She is a regular writer at +972 Magazine.