Numbers Don’t Lie in My Take On Palestinian Public Opinion 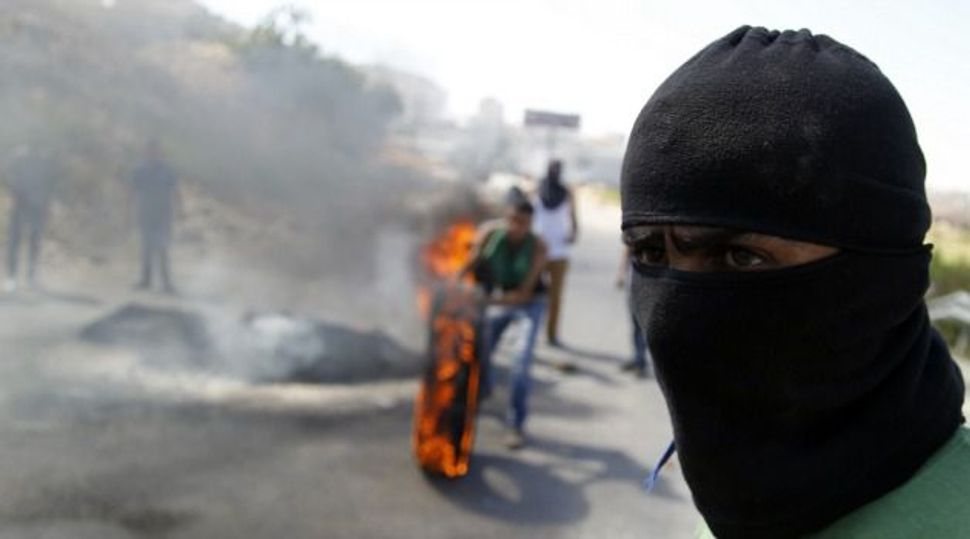 In I examine the views of West Bank and Gaza Arabs regarding Israel, Jewish and Palestinian claims to the land, and the use of violence against Israelis, as reflected in 350 polls since 1993. While I was pleased the Forward devoted space to examining my findings, all three claims in Dahlia Scheindlin’s critique are demonstrably false, and each one relies on indefensible logic or serious misrepresentation of data.

She argues that “Polisar downplays or simply ignores any conciliatory data about Palestinians.” At the simplest level, this criticism is wrong: In the areas my essay addresses, I cited all relevant data or I highlighted representative findings, including those reflecting relative moderation. Scheindlin’s “evidence” is drawn from a subject I did not cover: Palestinian views about a two-state solution with Israel.

Far worse, however, in seeking to present conciliatory views, Scheindlin grossly misrepresents the actual data, especially regarding a June 2015 survey by the Palestinian Center for Policy and Survey Research (PSR). She uses this poll to demonstrate that “one-quarter (23%) of Palestinians wish to conquer all of historic Palestine or conquer and destroy the Jews; all the rest dream of controlling the 1967 territories.” Any reader not shown the question posed to participants — which Scheindlin tellingly does not quote — would suppose they were asked about their personal beliefs. In fact, the question was, “What do you think are the aspirations of the Palestinian Authority and the PLO for the long run?” — meaning that respondents were asked to speculate on the aims of two Fatah-dominated institutions. There was no reference to respondents’ own opinions.

Thus, Hamas supporters who yearn to create a state in all of historic Palestine — a goal most of them support, according to every available survey — would be counted by Scheindlin as swelling the ranks of the moderates who “dream of controlling the 1967 territories,” since most them would have answered that the aim of the P.A./PLO is to establish a state limited to the West Bank and Gaza. In fact, this perception lies at the heart of Hamas supporters’ criticism of these institutions. Scheindlin’s misrepresentation falls well outside the bounds of legitimate interpretation. It is the equivalent of using a poll showing that 80% of Israelis believe Benjamin Netanyahu’s government is not genuinely interested in a two-state solution to claim that 80% of Israelis oppose a two-state solution.

Scheindlin also claims I advance a view of Palestinians that boils down to asserting, “They’re irrational.” Once again, her thesis is false, as I never make such a statement and throughout the essay point out the rational structure and logic of core elements of what most Palestinians think, while noting areas in which they believe things that do not square with reality. She errs more grossly on the specifics: “Polisar portrays Palestinians as holding an irrational, ‘demonic’ and ‘diabolical’ image of Israel, because a majority fears that Israel wishes to annex all the occupied territories and to expel the Palestinians…. In fact, all of the unsavory attitudes he tracks are formed by people living under a violent military regime that has governed the life of every Palestinian in the Territories for nearly 50 years and has left no one untouched.”

It is certainly fair to posit that Palestinians’ experience of Israeli rule helps explain their views. It beggars logic to claim that this experience provides a reasonable basis for 59% of Palestinians to believe that “the aspirations of Israel for the long run” are “extending the borders of the state of Israel to cover all the area between the Jordan River and the Mediterranean Sea and expelling its Arab citizens.” As I wrote, no Israeli Knesset member, respected public figure, or significant media personality is known to have publicly or privately advocated such a view — which entails driving out six million Palestinians, including 1.7 million Israeli citizens — any time in the past quarter-century. Her claim that Palestinians have solid grounds for their view on this subject is simply far-fetched.

Scheindlin’s final objection concerns my “failure to acknowledge the mirror image,” which led me “to present negative Palestinian attitudes on specific issues as if Israelis do not think the very same thing, often with very similar numbers.” Again, the macro argument is wrong, since there is value in closely examining the views of Israelis or Palestinians. But she errs more gravely in laying out her case: “On the Israeli side, there is a mirror of support for violence: Israelis famously supported the Gaza wars by 80-90%, despite enormous civilian death and destruction. The majority supported the use of military action throughout the second intifada.”

To create her mirror image, she compares two phenomena that are different at their core. From 2001 to 2004, most Palestinians supported suicide bombings targeting civilians in Israel’s cities, whereas most Israelis supported IDF actions aimed to prevent such attacks by destroying the terrorists’ infrastructure. Most Palestinians applauded indiscriminate launching of rockets into Israeli population centers before and during the last Gaza War, whereas Israelis supported a military operation whose aim was to stop the rocket fire.

The observation that levels of support are comparable does not mitigate the fact that most Palestinians support attacks that contradict basic norms regarding attacks on civilians.

Scheindlin is not only wrong in her analysis. She also engages in “moral equivalence” of the most thoroughly unjustified kind.

Political scientist Daniel Polisar is the provost of Shalem College in Jerusalem.

Numbers Don’t Lie in My Take On Palestinian Public Opinion