What a Syrian Hanukkah Custom Can Teach Us About Refugees 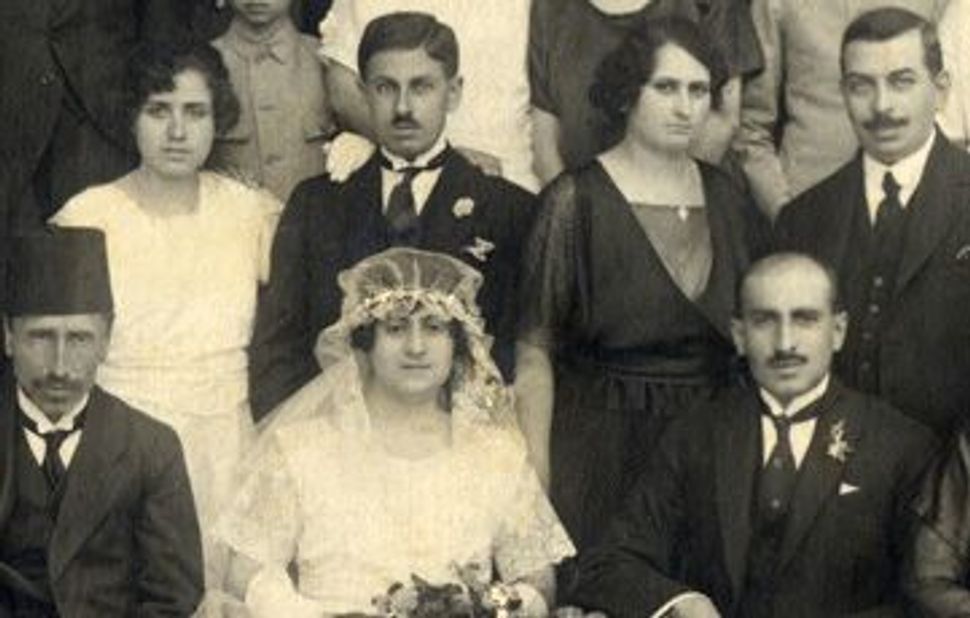 Some Sephardic Jews with roots in Aleppo, Syria, have a special Hanukkah custom. On each of the eight nights of the holiday, they light an extra flame.

This custom has been passed down in families whose ancestors were forced to flee Spain as refugees, when the Alhambra Decree of 1492 set in motion their expulsion for no other reason than their religious identity. Lighting the extra flame has become a hallmark of these Jews; it represents their gratitude for the safety and tolerance they encountered in their adopted homeland: Syria.

This little-known custom is especially poignant in light of the well-known version of the Hanukkah story, which is that the holiday commemorates an oppressed people’s victory over Syrian-Greek (aka Seleucid) tyranny and the reclaiming of their religious freedom more than 2,100 years ago. That triumph was underscored by one flask of oil miraculously lighting the menorah for eight consecutive days when the Temple in Jerusalem was rededicated — the reason behind the Hanukkah candle-lighting ritual. The holiday story may be about overcoming the intolerance of Syrian rule and the Hellenized culture of that time, but the Aleppo custom of adding an extra candle each night is really about showing gratitude for the tolerance and acceptance encountered in a different Syria about 1,577 years later.

Today, Syrian Jewish communities — a blend of these Spanish refugees and others who had been living in that region since ancient times — have been resettled completely because of oppression and migration. Under Hafez al-Assad’s regime, Jews had not been allowed to travel more than three kilometers without a permit; they were forced into ghettos and offered limited opportunities. Those who tried to escape were often tortured or killed, until the Syrian government lifted a ban on such migrations in 1992.

Syria, as we know, is now also the source of a horrifying civil war and refugee crisis. Despite the adversity that Jews have faced in Syria, the lighting of an additional flame each night of Hanukkah can still serve to sensitize us to the plight of Syrian refugees, because we, too, were refugees who benefited from the compassion, acceptance and tolerance of strangers in that very land.

Jewish writings and tradition recall that we were once strangers in the land of Egypt and admonish each generation not to mistreat the stranger in our midst. Each year at Passover, Jewish communities remember that we were not only strangers, but also slaves in Egypt. Even though they already had these reminders to empathize with the plight of strangers, when the “Kahal Kadosh Sephardim,” the community of Syrian Jews that observed the practices of Spain, arrived in Syria, they felt the need to adopt a new custom that could further sensitize members of the community to the plight of other refugees by memorializing their own experience.

For many of us, sensitization to the plight of Syrian refugees came with the heart-rending image of toddler Aylan Kurdi, who drowned off the Turkish coast in September; he became the candle, so to speak, waking us up to the reality of his people’s suffering, as his flame was tragically extinguished.

Now, in the aftermath of the Paris terrorist attacks, some are conflating the Syrian refugees with those committing acts of terrorism, and they have hardened their hearts accordingly. This inaccurate and dangerous view has prompted some presidential candidates and elected officials to call for a halt to any plans to bring Syrian refugees to the United States, even though that number — a mere 10,000 — is paltry compared with that pledged by Germany and other European nations.

Rep. Jeff Duncan asks cynically on Twitter, “How’s that Syrian refugee resettlement look now.” My answer to the congressman is that I still see Syrian refugees through the light of that extra Hanukkah flame. The horrific tragedy in Paris does not diminish the plight of those who experience that kind of terror in Syria daily. It should make us more sympathetic to them and understanding of the horror they are trying to escape.

My community and I, through Sephardic Heritage IN DC, an organization that celebrates Sephardic customs and engages the regions and peoples that relate to that heritage, will light the extra Hanukkah flame this year. We will do so to sensitize ourselves to the plight of Syrian refugees.

And while we light this flame, another torch burns at the gates to these shores. Gifted to the United States by none other than the French — with whom we grieve, and to whom we offer our condolences — our Statue of Liberty proclaims with torch in hand a sonnet by Sephardic American poet Emma Lazarus, whose ancestors were Iberian refugees who settled in New York long before the American Revolution: “Give me your tired, your poor, your huddled masses yearning to breathe free…. Send these, the homeless, tempest-tossed to me, I lift my lamp beside the golden door!”

During World War II, America turned away many Jews due to unfounded security concerns, and today we have another opportunity to challenge knee-jerk responses to the plight of refugees. There will be pressure on many fronts to close our doors to Syrian refugees, but the pain we feel should serve to sensitize us to their suffering, not the opposite. The extinguished flame of Aylan Kurdi’s life, the light of the extra Hanukkah flame of the descendants of Spanish Jewish refugees to Syria and the torch of our own Statue of Liberty should continue to enlighten us to help Syrian refugees and to seek responsible, secure ways to increase the number of refugees we absorb. A careful screening and vetting process so as not to inadvertently let in people who wish to harm us should not be compromised — and neither should our values and our humanity.

Franz Afraim Katzir is the president and founding director of Sephardic Heritage IN DC.

What a Syrian Hanukkah Custom Can Teach Us About Refugees