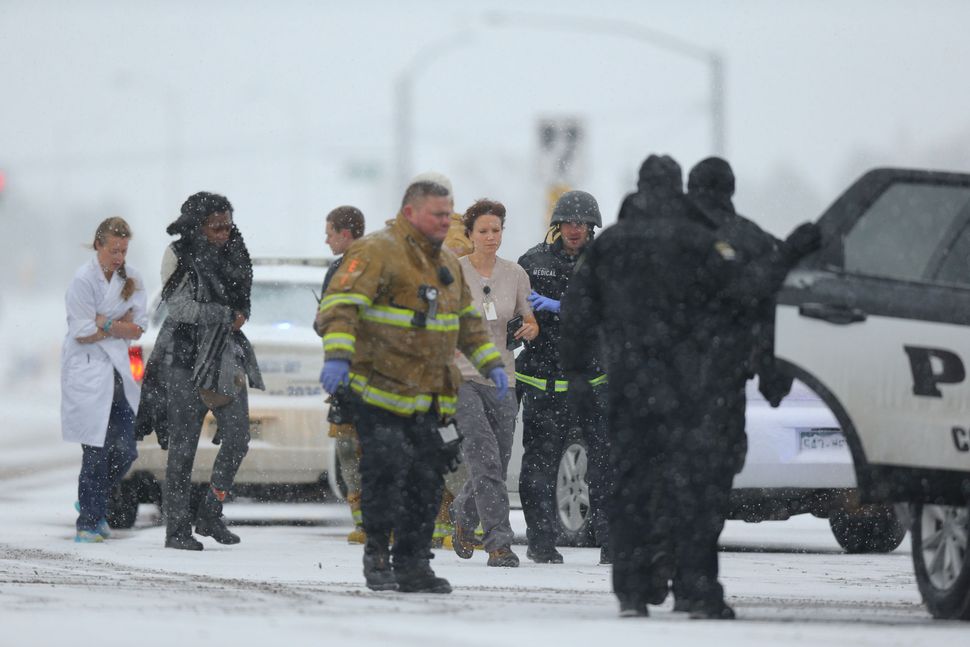 I am one who believes that women ought to be able to access safe and legal abortions in accordance with the graduated restrictions built into Roe v. Wade, still the law of our land.

I also consider myself pro-life.

This is not a contradiction, nor a semantic jujitsu. It is a studied opinion supported by my own values and reproductive experiences, by my understanding of science and medicine — and by centuries of Jewish legal rulings and debate. It is a faith-based position.

In light of the horrific shootings at the Planned Parenthood clinic in Colorado last Friday, it’s essential that we who believe in abortion rights and in our faith traditions raise our voices louder in the national conversation. While Colorado authorities still won’t ascribe a definitive motive to the rampage by Robert L. Dear Jr. that ended with three senseless deaths, many injuries and much suffering, it seems obvious that this Planned Parenthood center was but the latest in a long list of abortion providers violently attacked for providing necessary and legal services.

Planned Parenthood is a worthwhile if flawed organization that does not deserve the persistent, unfair and sometimes false demonization it has been subjected to by presidential candidates and members of Congress. Nationally, the not-for-profit receives about $400 million a year in federal funding to provide health care services other than abortions for poor women — a task, it seems, no other public or private agency wants to assume — amounting to an infinitesimal portion of overall federal spending. Still, some Republicans want to shut down the entire government if Planned Parenthood remains as a line item in the next budget.

The politics of this crazy fight is a topic for another day. What interests me here is the religious frame of the abortion debate.

For decades now, and very skillfully, those who believe that abortion should be illegal have assumed the language of the faithful, citing their religious values to assert that life begins at conception and therefore that abortion (and sometimes contraception) are akin to murder. I respect this argument, especially when it comes from those who are consistent in its application, extending their belief in the sanctity of life to the end of life, and opposing euthanasia and the state-imposed death penalty.

But there is another, equally legitimate way to read religious texts, which Jewish scholars have dissected and debated for centuries. The proof text begins with a verse from the biblical book of Exodus, which discusses what happens if men fight and a pregnant woman is harmed; if she dies, the rabbis note, her death is a capital offense, but the destruction of the fetus is not.

From there flow a cascade of situations and rulings. I am not an expert in Halacha (Jewish law) and I recognize that there are multiple interpretations even of that one biblical verse, but an overall theme emerges. In the context of reading this verse, the fetus is considered part of the mother’s body rather than an independent entity until birth. It is not simply another appendage, a tonsil or appendix to be excised if inconvenient. It is a potential living being, with the emphasis on potential. But until it emerges from the mother’s womb, it is not yet alive, and does not have an independent legal or religious identity.

How do we know this? Again, here I’m summarizing, based on detailed analysis published by the Rabbinical Assembly, the arm of the Conservative movement, which seeks to balance adherence to Halacha with contemporary norms and knowledge.

There is an overwhelming trail of evidence proving that the scholars who set the foundation for Jewish law believe that life begins at birth.

Of course, there’s plenty of “play in the joints,” as people say of Supreme Court arguments. Just when is a child born? When only her head emerges or the majority of her body? When he cries?

And these intense, ancient debates must be considered in the context of the astonishing success of modern technology and medicine, allowing us to see a fetus develop and a greater number of premature babies survive. Even so, viability in the womb can be extended only so far, and Jewish law recognizes this with admirable clarity.

Despite the rash of new state restrictions on abortion and the violent stigmatization of abortion providers like Planned Parenthood, American public opinion hasn’t changed much in the more than four decades since Roe with a slight majority in favor of abortion in all or most cases.

So, too, is the public divided about whether to identify as “pro-life” or “pro-choice.” The latest Gallup poll has the pro-choice identifiers as a clear majority of 56%, higher than it has been in years, with women more in favor of abortion rights than men, and Democrats much more in favor than Republicans. But the long-term trends seem to swing a few percentage points in one direction and another, without straying too much from an even split.

As someone who favors the wise balance struck in Roe, I’m glad to see that sentiment in the ascendancy. But the labeling assumes a false choice. I’m pro-choice and pro-life, a position that may be counter-intuitive and counter-cultural, but is deeply embedded in my religious tradition.