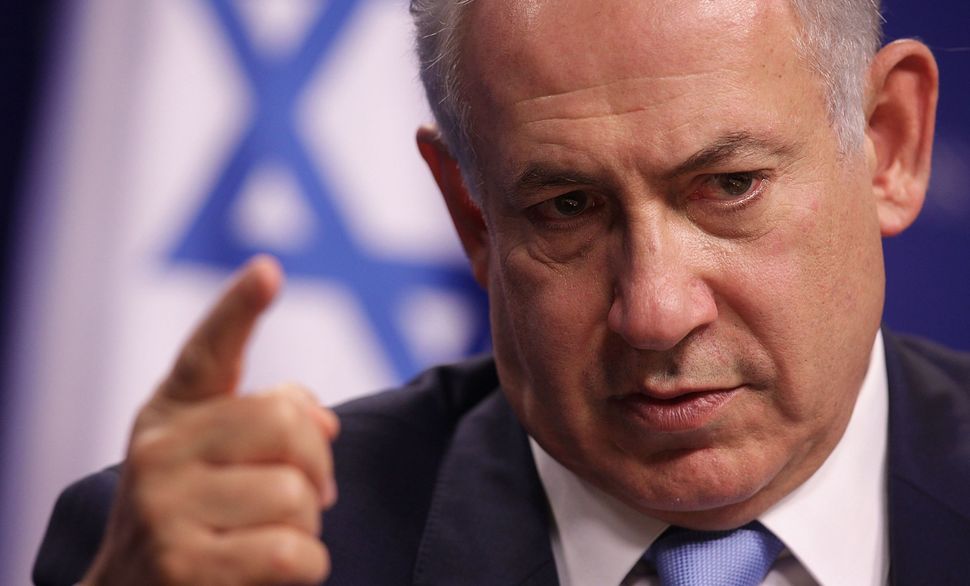 As Israel’s current wave of terrorist violence enters its third month, long-simmering tensions between the country’s political leadership and its security branches are escalating and approaching what feels like a crisis level.

True, Prime Minister Benjamin Netanyahu and his allies have clashed with Israel’s defenders repeatedly — on Iran, the Palestinians, the Obama administration — since Netanyahu took office in 2009. What’s different now is the sheer number of disputes erupting simultaneously, in broad daylight, across an array of issues, at a moment of dangerous chaos at home and regionally.

Seldom, if ever, have Israel’s decision-makers been so sharply at odds with their professional watchdogs on so many critical issues. The prime minister has staked out a position on the nature of Islamist terrorism that’s fundamentally at odds with his own intelligence community. Other questions in dispute include the causes of the current violence and strategies for containing it, the advisability of goodwill gestures toward the Palestinians, and the feasibility of resuming peace talks.

Netanyahu and his allies generally believe that the Palestinian terror wave, which began in October, is fueled by deep-seated hatred of Israel and Jews, with incitement by Palestinian leaders providing the spark. Most believe that only iron-fist tactics will restore calm. But Israel’s intelligence agencies maintain that while incitement plays a role, the young attackers are driven as much or more by frustration over the circumstances of their lives — personal, economic and national. Taking their cues from social media, they act independently and often spontaneously.

Against that backdrop, the insults have been flying fast and furious for weeks. Consider five recent events:

1. On November 3, the army’s analysis of Palestinian violence was presented to the security Cabinet in a briefing by the chief of Military Intelligence, Maj. Gen. Herzl Halevi. According to leaked accounts of the top-secret session, a junior minister, Ze’ev Elkin of the Likud’s rising settler wing, charged Halevi with acting as a “spokesman for the Palestinians.”

2. On November 17 the government outlawed the militant, fundamentalist Northern Branch of the Islamic Movement, ignoring the assessment of the Shin Bet security service that banning the Galilee-based movement would inflame Arab Israeli citizens, drive the group underground and make its actions harder to monitor.

3. On November 23, Education Minister Naftali Bennett called on the army in a radio interview to launch “a sort of Operation Defensive Shield 2.” He was referring to Israel’s massive 2002 West Bank offensive to crush the leadership of the second intifada. Bennett’s call for more aggressive military action reawakened still-raw resentments among the army brass over his accusations during the 2014 Gaza War that the generals were too timid to crush Hamas. Some officers now accuse Bennett of messianic delusions.

4. On November 25, an unidentified “senior officer” from the army’s Central Command, which covers the West Bank, briefed reporters on a series of measures the Israel Defense Forces was recommending to the government to ease conditions for Palestinians and thus reduce the violence. Proposals included initiating a limited prisoner release; increasing the number of West Bank Palestinians permitted to work in Israel, and issuing construction permits for Palestinians living in Area C, the part of the West Bank under full Israeli control. Also recommended: transferring new stocks of light weapons, ammunition and armored vehicles to the Palestinian Authority security forces, in order to assist the authority’s counterterrorism efforts in coordination with the Israeli military.

The prime minister’s office promptly ruled out the army’s recommendations. Critics said concessions would “reward terror.” But that wasn’t the end of it. The “senior officer” was outed by a far-right Jewish Home lawmaker as Maj. Gen. Roni Numa, chief of the IDF Central Command. A social media campaign promptly began calling for Numa to be fired, and he was forced to meet with settler leaders to disavow the recommendations.

5. The terror wave has also allowed Netanyahu to reopen an old debate with the military over the nature of terrorism. He’s been insisting for nearly two years that Hamas, Hezbollah, the Islamic State group, Al Qaeda and other Islamist terror groups are all “branches of the same poison tree.” Following the November 13 Paris attacks, he offered a variation on the theme, declaring that the current Palestinian terrorism is “the same terror” and “the same radical Islam that struck in Paris and threatens all of Europe.”

His point is that since Israel faces the same enemy, it deserves the same sympathy and should be granted the same latitude to hit back hard. It’s an approach that has found considerable support among mainstream American Jewish organizations. B’nai B’rith International’s executive vice president, Daniel Mariaschin, echoed Netanyahu in a November 17 JTA essay, writing that “terror is terror.” David Harris, executive director of the American Jewish Committee made a similar point even before the Paris terror attacks, lamenting “the world’s silence” on Israel’s suffering in an October 11 Huffington Post blog. Jonathan Greenblatt, rookie national director of the Anti-Defamation League, went even further, arguing in a November 23 Forward essay against the very idea of exploring “root causes” or seeking via “political action” to solve the problem of a seamless worldwide “Islamic terrorism.”

Despite its popularity, though, the Netanyahu approach directly contradicts the view of Israel’s defense and intelligence agencies. They’ve maintained publicly for several years that Sunni Hamas, Shi’ite Hezbollah and “global jihad” groups like Islamic State and Al Qaeda are actually three quite distinct phenomena that require three different responses. The jihadists are beyond negotiating, but Hamas and Hezbollah, with their respective allies, can be deterred or brought into tacit understandings. Fatah, despite its flirtations with Hamas, is in a fourth category, together with Egypt, Jordan and Saudi Arabia, pragmatic powers with which agreements are possible.

As for the current terror plaguing Israel, it’s a different creature altogether, since it lacks any organizing structure or ideology. That was the point Halevi made to the Cabinet in his tense appearance November 3. It’s a point the Shin Bet hammered home in a report published November 10. It’s a point the government, particularly its right flank, desperately doesn’t want to accept.

Taken together, the current disputes point to a collapsing Israeli national consensus and the beginnings of an existential battle to choose the future. Israel has been guided for two generations by a notion that the status quo in the West Bank was sustainable, that Israel could indefinitely defer a decision on its relationship with the Palestinians, that the country was safer holding the territory than relinquishing it, that the strong arm of the military could keep it secure.

For most Israelis, it was convenient to believe in this consensus. For the settler movement and its allies on the right, it was an existential necessity. Now the army is warning that the world has changed, the status quo no longer holds and hard decisions must be made. It shouldn’t surprise us that those with the most to lose are resisting the advice.