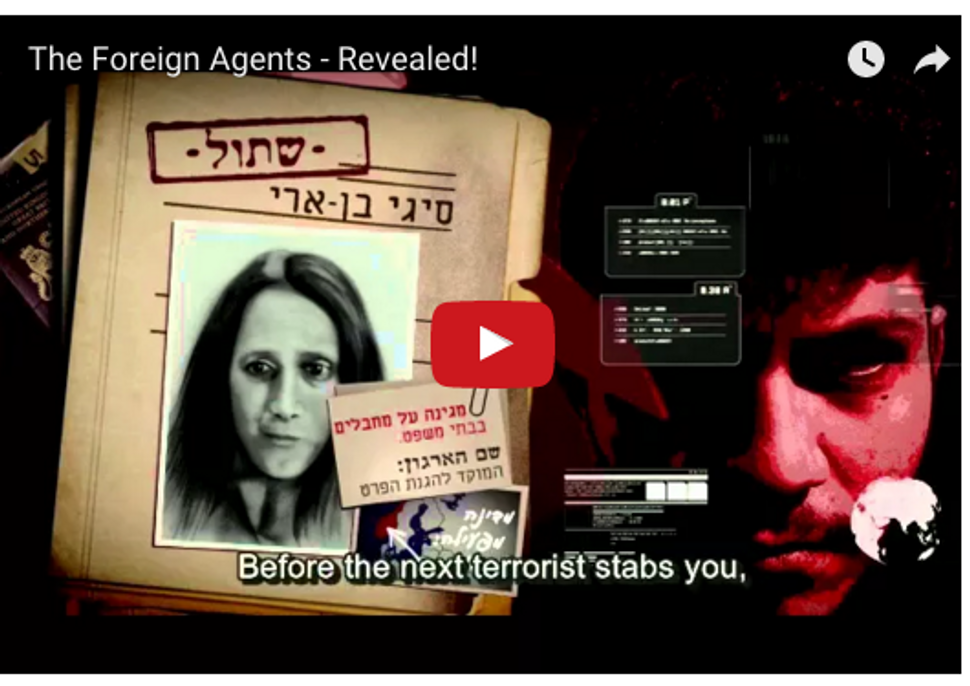 If this isn’t incitement, I don’t know what is.

The video ad is meant to garner support for a proposed law by the Likud’s Yoav Kish, which would legally define all these organizations, funded by foreign countries, as “foreign operatives” of those countries, making collaboration between these NGOs and the Israeli government illegal and making it easy to slap them with heavy fines and even to dismantle them.

Even according to reports made public on the website of Israeli organization NGO Monitor, all four of these NGOs are only partly funded by the countries the video mentions (the funding records of Im Tirtzu, also an NGO, are not available on NGO Monitor). What would these foreign countries think of such an accusation?

By far the scariest part of this video is its visceral and violent incitement. Before you get stabbed by a terrorist, the ad tells you, just remember that these “foreign operatives” will be complicit in the defense and dismissal of your attacker. Their names and faces are clear and repeated. They live among us but they fight against us, the ad says.

In such fraught political times, it’s hard to think of a more frightening message.

While the ad is being shared hundreds of times on social media, other politicians, like Zehava Galon, the head of the left-wing Meretz party, have been trying to report the ad and get it removed from Facebook. Meretz’s Michal Rosin wrote on her Facebook feed that she has contacted Israel’s attorney general to try and block the inciting ad, out of fear of “the next political assassination.”

The witch-hunt against certain human rights organizations in Israel by Im Tirtzu and their ilk is nothing new. And it is no coincidence that a 2013 Jerusalem court ruling stated that it would not be libelous to call Im Tirtzu “fascist.” But this ad, so personal and violent, is an extremely disconcerting new manifestation of that ideology.