The Four Questions of the ‘Israel Project’

HOLLYWOOD — Day two in Tinseltown, and people have been asking me questions. Thought that was my job…

One question was about my questions. Why bother asking “Israel questions” of Americans? There is no way that Americans are going to come up with the same answers as Israelis, so what’s the point?

My answer to this question about answers to questions would go something like this. When Makom came up with these questions, it was not in order to insist on specific answers. Quite the opposite. Different people in different situations will come up with different answers. Our recommendation is that if you want to get a hold on your attitude to Israel – the whole of Israel, the real Israel – it is never enough to grapple with only one of these questions. You must grapple with all four. Come up with your own answers, but to all four questions.

The Israel project (I’ve found it’s a safer way of saying “Zionism” these days…) is the ongoing attempt to implement better answers to the Four Hatikvah Questions. How can the Jewish People survive in freedom in the Land of Israel? Although “survive” feels like it’s written in capitals, the words “Jewish People”, “Freedom”, and “Land” must have equal significance. 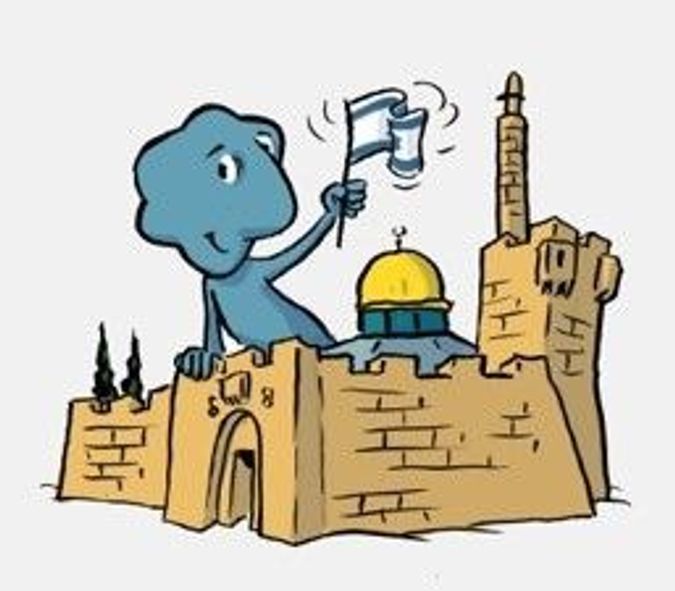 A wise and brilliant academic and activist had a question about our cartoons. Shay Charka, the talented Israeli illustrator, drew us a series of images to aid the understanding of the questions. His image for the Jewish People passed muster: The three aspects of Jewish Peoplehood, that of tradition, solidarity (with eyes closed), and Jewish values in the world, represented by three star-of-david-headed humanoids – this was fine. But the two images that present the question of In Our Land were troubling to him. 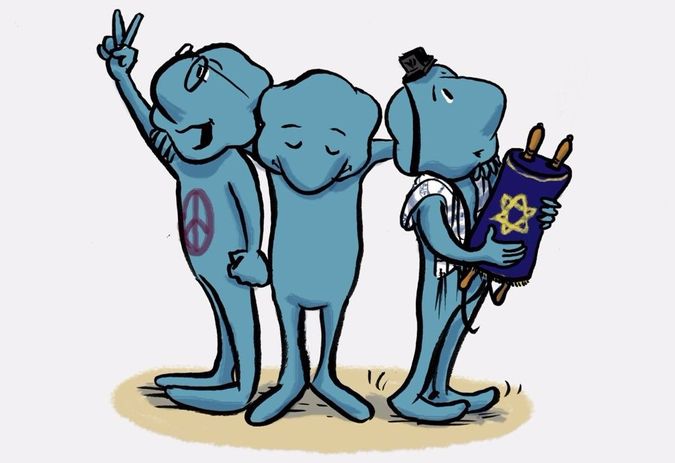 “You’ve closed down the question. That image of Jerusalem, Zion, needs to be opposed with, I don’t know, an image of the Empire State Building. Or Yosemite. The question about where is Our Land, and whether I need to live IN our land in order to have a connection to it – that’s a question worth asking. What if New Jersey is my Land? What if I don’t believe that Land and borders are important?”

He’s got a point…

So what would be the image to signify life in the Diaspora, as opposed to Israel? Is it the Empire State Building? Facebook?

The Four Questions of the ‘Israel Project’