How Timid Israel Education Is Failing Our Kids 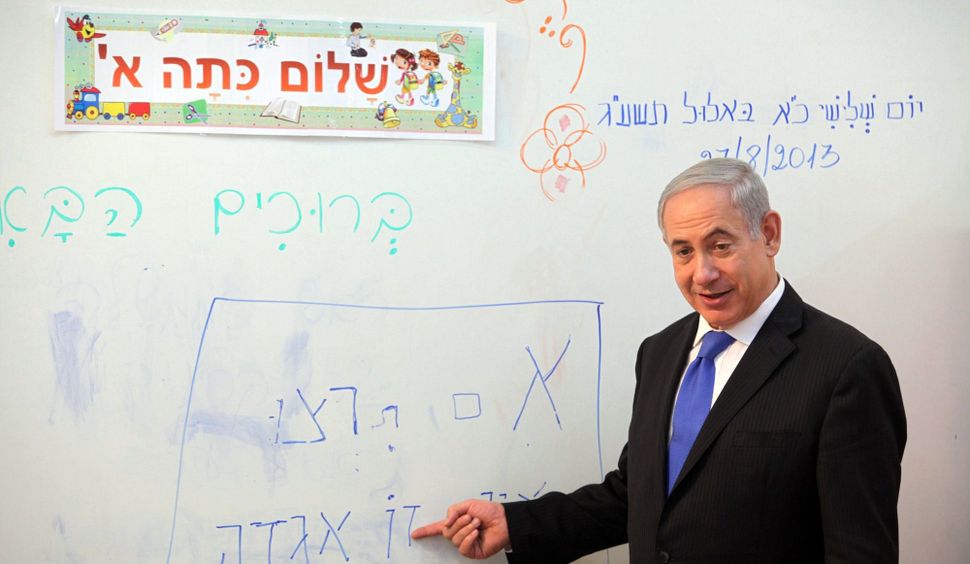 As an educator in New York, I believe that Jewish education in this country teaches kids to engage with the world and its complexities, just not with Israeli politics. It teaches them to speak up about racism, but not Israeli racism. It teaches them to fight for equality, but that in Israel that fight has already been won. It teaches them self-criticism in all kinds of contexts that are not the Jewish state. If the previous generation of American Jews were taught “Israel right or wrong,” today’s generation is taught “it’s too complicated over there, now sing Hatikvah.” The result is silence, even in the face of behavior that would be taught as criminal and reprehensible if it happened anywhere else.

Last week, as some Hebrew schools in the U.S. were preparing to mark the anniversary of the death of peace activist Rabbi Abraham Joshua Heschel, Israeli Minister of Education Naftali Bennett forbidding peace activists “who undermine the army” (read: Breaking the Silence) to speak to students. Also last week, the extremist right-wing NGO Im Tirzu released a video accusing four Israeli human rights and peace activists of being foreign “plants” working with terrorists against Israel. Defense Minister Moshe Yaalon called one of the organizations named in the video, Breaking the Silence, “malicious.” Prime Minister Benjamin Netanyahu’s response was to take the stage of the Knesset and demand that the opposition leader publicly denounce Breaking the Silence. Israeli President Reuven Rivlin was photoshopped into a keffiyeh and a button bearing the Palestinian flag, and called a traitor for appearing at the Haaretz conference in New York, which featured a member of Breaking the Silence as one of several dozen speakers.

In the U.S., condemnations have come from groups on the left like NIF, J Street and #ifnotnow. But most mainstream Jewish organizations and congregations will stay silent on the matter, or revert to platitudes about the need for peace, and the solidarity with Israel that is often displayed in moments of tension in the region. But peace is not a platitude or a good thing that comes to those who (empathize and) wait. It comes, as Heschel taught, through engaging with the truth, fighting bigotry and, perhaps most importantly, with education.

Judaism is a religion of study, introspection, passionate arguing, and action based on — and judged according to — all of the above. But with regards to Israel, what most Jewish American kids are receiving is a timid education that amounts to silence in the moments of truth. It’s time to break that silence through an education that digs into the story and reality of Israel, instead of avoiding it through hollow calls for “peace one day” and broad denunciations of terrorism.

Breaking the Silence is an NGO made up entirely of people who put their lives at risk as soldiers in the Israeli army. After completing their service, they spoke out — for the sake of Israel’s future — about their experiences enforcing the occupation. These are people who are courageously living up to the Jewishness we try to teach, who have given of themselves, thought hard about what they’ve done, and are taking action. They and others who are risking everything for their people are the ones we should be basing our Israel education on here in the U.S. And so should the Education Ministry of the Jewish state.

If we actually care about Israel, we need to have our kids engage with the complexity of the situation there. A good first step would be to invite a representative from Breaking the Silence to come and tell your students his or her story. Young people and adults will see that these are thoughtful, patriotic people who care about Israel and seek a sustainable, ethical path for it. They will be grateful for the chance to engage with a complex reality and bring the country they have been hearing about to life.

Teaching Israel to American kids is not easy. Engendering love and criticism simultaneously is tricky in any subject. That might be why more and more parents are seeking out Jewish education that does not wade into the murky waters of Zionism. But these kids live in the world. They are and will continue to be confronted with their association with Israel whether parents like it or not. As educators, we can run away from it and let someone else indoctrinate them, or we can do what we are hired to do: teach with complexity and compassion. Anything else would be disrespectful to the intellect and analytical skills of the incredibly smart kids we teach. They can handle it if we can. It’s time to break the silence on Israel education in this country.

Misha Shulman is the founding director of New York’s School for Creative Judaism.

How Timid Israel Education Is Failing Our Kids