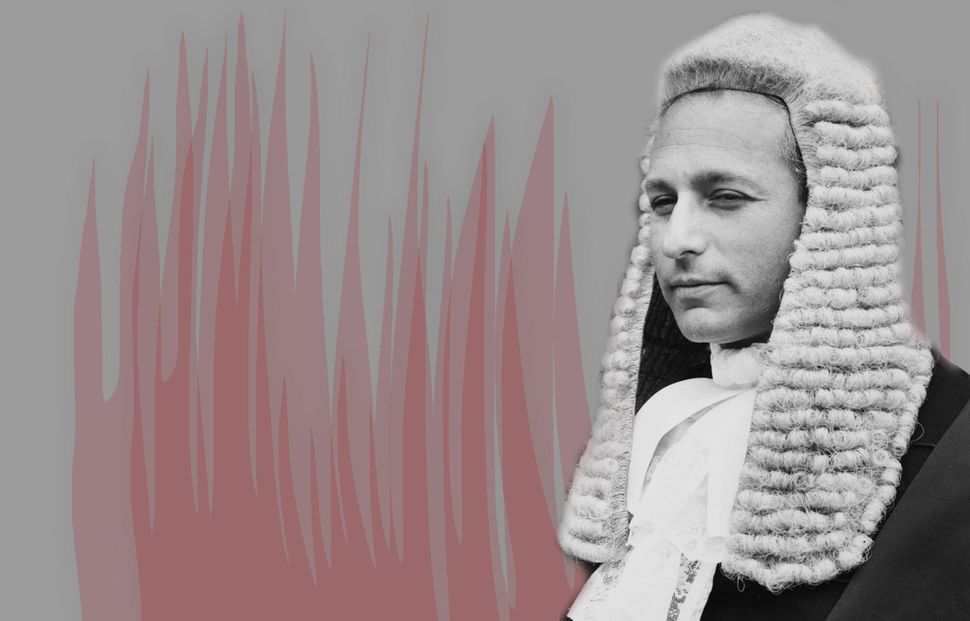 Lord Greville Janner of Braunstone, the British Labour Member of Parliament and peer in the House of Lords who passed away on December 19 at the age of 87, dedicated a good deal of his political life to championing Jewish causes. Yet despite being a diligent parliamentarian and prominent Jewish community leader, his legacy will always be tainted by dark and unresolved allegations of child abuse.

The grandchild of Lithuanian immigrants, Janner was part of an established family. His late wife was the niece of the former Chief Rabbi, Israel Brodie. His father was made a peer toward the end of his life. From 1970 to 1997, Janner represented Leicester North West in parliament. From 1978 to 1984, he was President of the Board of Deputies of British Jews, the main representative institution of British Jewry. In 1988, he co-founded the Holocaust Education Trust, which raises awareness of the Holocaust in schools and brings students to Auschwitz-Birkenau on educational visits.

While in office, Janner fought for reparations for Holocaust survivors and the rights of Soviet Jewry. In 1991, he pressured the Conservative government to pass the War Crimes Act, so that Nazi war criminals living in Britain could be brought to justice before it was too late. He was also a fierce defender of Israel, and after a debate in the House of Lords during the 2006 Second Lebanon War, Janner was even hit outside the chamber by a peer. Janner had objected to comments made by Lord Bramall — who was Chief of the Defense Staff during the Falklands War — which he had deemed to be anti-Israel.

Janner’s contribution to British Jewish life during his parliamentary career, then, is indisputable. With that mind, consider the following statements circulated in the 24 hours after his death.

The Board of Deputies said, “Following the passing of Greville Janner after a long illness, our thoughts and prayers go out to the whole Janner family.”

Mick Davis, the chair of the Jewish Leadership Council, where Janner served as vice president until this year, said only, “The passing of Greville Janner marks the end of an era for the Jewish community. Our thoughts and prayers are with the Janner family at this most difficult time.”

“Condolences to the Janner family on the passing of Lord Janner today. Our thoughts and prayers are with them,” was the statement of Chief Rabbi Ephraim Mirvis.

These terse one- or two-line statements contrast sharply with the warm and effusive tributes published after the great historian of the Holocaust and Anglo Jewry, David Cesarani, passed away following a struggle with cancer in October.

This is because while Janner’s many achievements are in evidence, both his legacy and memory are very much out of the hands of the Jewish community.

Allegations of child abuse in connection with Lord Janner first surfaced in 1991. During the trial of Frank Beck, who was ordered to serve five life sentences for sexually abusing numerous children at several care homes he managed in Leicestershire, a witness alleged that Janner had abused him for two years while he was in his early teens. Prosecutors found no grounds for legal action against Janner at the time. Later investigations against Janner in 2002 and 2006 produced no charges.

But in the wake of the Jimmy Savile affair, during which the notion that a pedophile ring operated within Westminster itself came to prominence, new allegations were leveled against Janner in 2013, precipitating an eleven-month investigation. At least a dozen men came forward to say that Janner sexually abused them when they were children. It was ruled that Janner should have been prosecuted for these offences, but due to his declining health, linked to dementia, he was in no position to stand trial. It would not be in the public interest to put him on the stand.

Following a public outcry and an independent review, however, this decision was overturned. Janner would not appear in court, but there would be a “trial of the facts,” during which a jury is asked to determine not whether the defendant is guilty, but whether they performed the acts for which they have been charged. The victims would have given evidence, but without a verdict on guilt, Janner would not have been sentenced. Janner’s death means that such a trial will never take place.

Janner was laid to rest on December 21. Between 100 and 200 people attended his funeral, including the former Chief Rabbi Lord Sacks and the current Board of Deputies President, Jonathan Arkush. Janner’s family has described him as a man of “great integrity” who was “entirely innocent of any wrongdoing.” But irrespective of his work for the community, his memory will be forever associated with those things for which he was never tried: multiple allegations of child abuse.

He won’t so much be recalled as Lord Janner as Lord Janner*, with the asterisk symbolizing doubt, opprobrium and a succession of allegations the veracity of which will haunt British Jews for years to come.