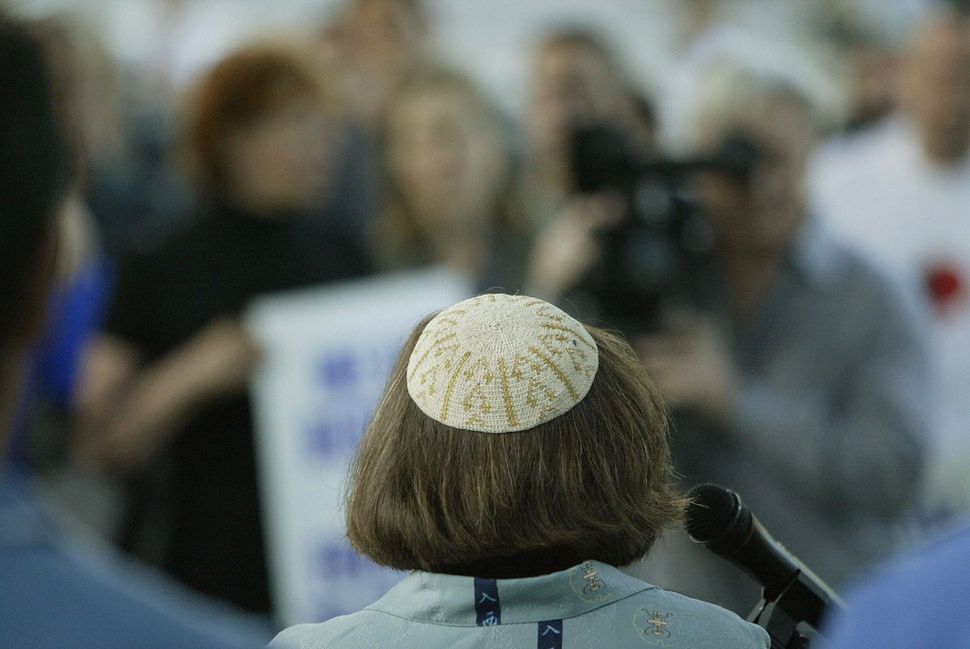 A funny thing is happening in Jacksonville, Florida.

In the wake of one of the most dishonest civil rights debates in recent memory — Houston’s cash-soaked, lie-filled controversy over whether to expand its human rights ordinance to protect LGBT people from discrimination — the city of Jacksonville has taken a different route. They’re talking honestly about the idea, with faith leaders, business leaders and individuals all speaking their minds in public forums.

The debate isn’t perfect. There has often been more heat than light. There are still misconceptions about what anti-discrimination laws are all about, especially for transgender people. And there is a risk that if Jacksonville puts the matter to a referendum, rather than a vote of the city council, the same extremists who descended on Houston may saturate the airwaves of Northeast Florida.

But if Jacksonville comes out on the right side of history, it will be in no small part due to voices of faith, with Jewish leaders playing a key role — and reasserting their relevance in an age of changing religious affiliations.

“It’s our obligation as Jews to stand up for all in society,” says Rabbi Joshua Lief, senior rabbi of the Reform Congregation Ahavath Chesed and one of the leaders of OneJax, an interfaith organization that has lobbied for the measure. “Our Jewish values are rather clear on the subject,” Lief told me. “We know what it’s like to be discriminated against, and we should never be in the position of discriminating against others.”

There are two reasons this kind of rabbinic work is so important.

First, even today, conservative and far-right voices dominate the faith conversation on women’s and LGBT issues. Just look at the presidential campaign: an array of conservative candidates speak openly of their faith and its connection to issues of sexual or gender justice, but none of the progressive candidates do. That leads to a false conflict of “God versus Gay,” as I dubbed it several years ago.

Second, this specific issue cries out for voices of conscience. According to polls, most Americans believe it is illegal to fire someone from their job for being gay or trans. In fact, however, doing so is perfectly legal in a majority of states — and it happens more frequently than you might think. As a result, advocates across the country have pushed for adding sexual orientation and gender identity as “protected classes” in existing non-discrimination laws.

Simple, right? Unfortunately, opponents of LGBT equality have muddied the waters by bringing up a non-issue and making it the central issue.

In Houston, for example, a constellation of far-right organizations took one possible application of the law — accommodating transgender people by allowing them to use the restroom facilities of their gender — and blew it out of all proportion to reality. By the time of the vote in Houston, over half of voters said that the bill they were voting on was about letting men use women’s restrooms.

This is false on so many levels, it’s hard to know where to begin. First, these bills are not about bathrooms. Restrooms are only one tiny application of the overall principle of nondiscrimination, and accommodations are only required in a limited set of circumstances.

Second, transgender women are not “men using women’s restrooms.” They are women whose anatomy is none of our business, who may (or may not) “pass” as ordinary women to everyone, and who, of course, should not be barred from the women’s room. In Houston, concerns were raised that men might take advantage of the law, dress up as women, and insist on being let into the ladies’ room, where they would sexually assault women and girls. In fact, this has never happened. Tragically, men have far easier ways to assault women than resorting to such stratagems, and anti-discrimination laws would not protect them. This is where faith leaders can play a distinctive role on this issue: to keep the debate honest.

“The Houston issue was terrible,” Lief told me. “Of course, no one should be harassing anyone in the bathroom, that’s already a felony. But I’m not checking to see if the man next to me is biologically a woman — I’m just there to go to the bathroom. That’s a canard.”

Faith leaders can also help bridge the gap between secular supporters of equal rights and more traditionally religious people who may have qualms about LGBT identity but who also oppose discrimination. “This isn’t about whether being gay is right or wrong,” said Lief. “It isn’t about whether every person is made in the divine image, though I believe we are. It’s simply about whether discrimination is right or wrong, and we’re told to ‘love the stranger for you were strangers in the land of Egypt.’”

These are the kinds of arguments rabbis can make more effectively than everyone else. Really, it’s one of the reasons rabbis exist in the first place.

I asked Lief whether there had been any backlash within his congregation, or in the wider community. He told me that, on the contrary, “our congregation, on the whole, has been very supportive of my advocacy in the community. I’ve preached about it many times, written about it many times. We’re not secret about it. Our congregation is absolutely politically divided — we’ve got Republicans and Democrats alike — and yet this is an issue on which we all pretty much agree.”

As for the wider community, Lief pointed out that his Conservative movement counterparts had also signed the interfaith clergy letter in support of expanding the non-discrimination law. And while his Orthodox colleagues have not done so, he said, “I haven’t had anyone from the Orthodox community… call and say ‘please stop.’”

Indeed, Nathan Diament of the Orthodox Union went on record last year supporting a federal nondiscrimination act for LGBT people as long as religious exemptions were put into place — and they are already in Jacksonville’s human rights ordinance.

If Jacksonville is to avoid being the “next Houston” — that is, the next place in which ignorance and fear trump compassion and reason — people of faith need to step up. As in the battle against Islamophobia and immigrant-phobia, this is a question of moral values.

And that is where Jewish leaders can be relevant again.