WATCH: When Israelis From Different Worlds Look Each Other in the Eye 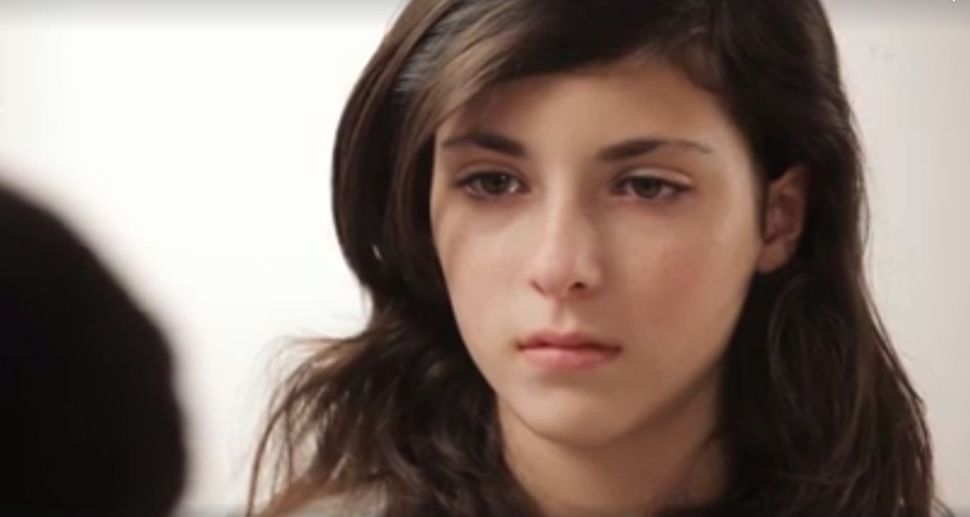 The reality in Israel is unique. We’ve got colorful, creative, emotional life, and energy that pulses on despite all the difficulties. But the Israeli-Palestinian conflict does take its toll, and it seems that our society is becoming more divided, polarized and steeped in violence with each passing day. When the waves of hatred rise to threatening levels, as they have recently, it’s important to be reminded of the essence underlying all the noise.

In the theater world, there is an exercise in which actors sit facing one another and look each other in the eyes for five minutes. I wondered: What would happen if I were to bring together complete strangers from all different faiths and backgrounds in Israeli society — secular and religious, young and elderly, Ashkenazi and Mizrahi, Jewish and Muslim and Christian — and ask them to sit down silently facing one another?

I approached the project as an artistic social psychology experiment. I had no idea what would happen. With the help of talented and generous friends, I put out a not-too-detailed call for participants, and went out on three days of shooting: in Jerusalem, in Beersheva and in Tel Aviv.

While shooting and directing this film, I uncovered a huge range of emotions: intimacy, curiosity, resistance, surprise, sadness, confusion, tension, joy. People burst into tears or laughter. They overflowed with feeling. Pain floated to the top. Many participants described the experience as unique and intense.

There’s something powerful about the image of people looking at one another head-on, despite the simplicity of the act. Maybe it has to do with the potential of the relationship, direct and unmediated. Sadly, images like these are rare. The opposite images — of violence, destruction and murder — are common, distributed in the media by the thousands. Since images shape our consciousness, especially these days, when they press upon us from morning to night, the lack of positive imagery can be disastrous. When we don’t look each other in the eye, it’s easy to get swallowed up by pain, by feelings of revenge, incitement and hate. 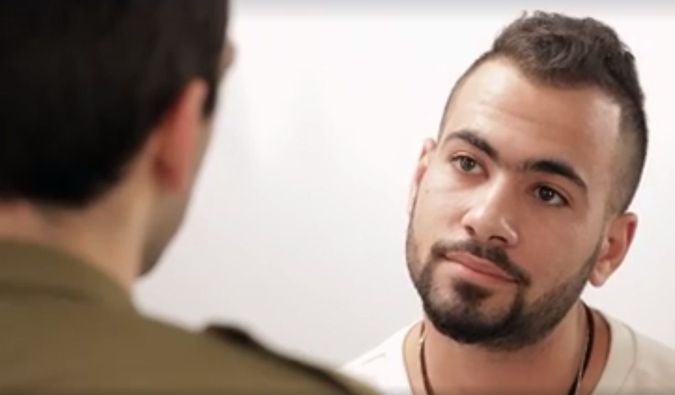 The “Eye to Eye” project tries to isolate interpersonal moments shared by people that society constructs as “Others,” and to show what can happen when they’re removed from that context and instead meet in silence, without words, with a head-on stare.

The French Jewish philosopher Emmanuel Levinas wrote that when we look each other in the eyes, we’re met with a moral imperative. A call to ethical treatment “gleams in the face of the Other, in the total nudity of his defenseless eyes.”

The project was made in Israel, in response to Israeli reality, but its message is universal: Maybe we can look into each other’s eyes more often. No need to talk, just look. Maybe that’s all there is to it?

Deborah Aroshas is an Israeli-French-American actress who has done theater work alongside film. She holds a Master’s in Art History, and a B.A in Psychology and Arts, and works as an art advisor in Tel Aviv.

WATCH: When Israelis From Different Worlds Look Each Other in the Eye