BDS and the Rising Danger of ‘Intersectionality’ 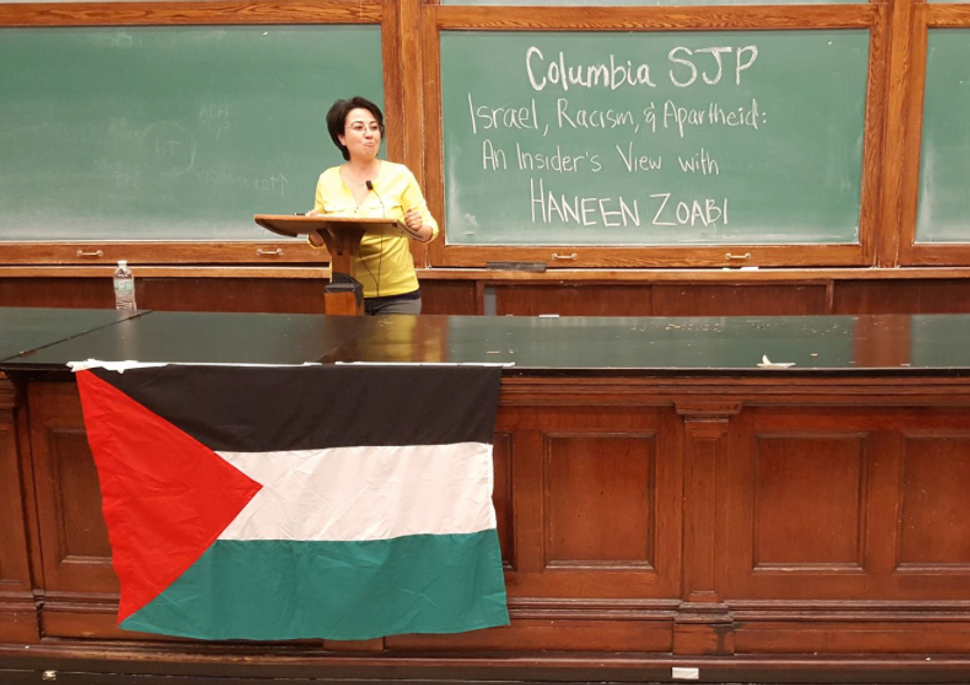 (JTA) — If you want to understand why the boycott, divestment and sanctions movement, or BDS, has gained so much ground in the past two years, look no further than intersectionality, the study of related systems of oppression.

RELATED: Why Do Activists Connect Israel to Campus Rape? Intersectionality 101

As you might have guessed, the BDS movement has successfully injected the anti-Israel cause into these intersecting forms of oppression and itself into the interlocking communities of people who hold by them. So it’s increasingly likely that if a group sees itself as oppressed, it will see Israel as part of the dominant power structure doing the oppressing and Palestinians as fellow victims. That oppressed group will be susceptible to joining forces with the BDS movement.

At Columbia University, Students for Justice in Palestine managed to form an alliance with No Red Tape, a student group fighting sexual violence. What does opposing sexual violence have to do with Israel and the Palestinians?

“The way that No Red Tape conceives of sexual violence is a form of oppression that is related…to other forms of oppression,” said one group member.

“Sexual violence is a deeper political issue, and it cannot be divorced or separated from other oppressed identities,” said another No Red Tape member.

Intersectionality with the anti-Israel cause, unfortunately, has not been limited to groups working against sexual violence at Columbia. The anti-Israel website Mondoweiss recently declared that “since Mike Brown was shot by police in Ferguson … solidarity between the Black Lives Matter and Palestine movements has become an increasingly central tenet of both struggles.”

Other examples of groups and causes intersecting with BDS supporters abound, both on and off campus.

While anti-Israelism has long found a sympathetic ear among segments of the far left, it has not, until recently, enjoyed much popularity among ethnic minorities. Moreover, until recently, BDS supporters probably weren’t organized enough to do the necessary outreach to and stewardship of fellow marginalized groups. Now, evidently, they are.

While he never uses the term intersectionality, Mark Yudof, president emeritus of the University of California system and chair of the recently established Academic Engagement Network, which aims to fight anti-Israel sentiment on campus, ominously describes efforts to “connect the dots” and “co-opt the language of human rights.” The BDS movement is “moving to integrate itself with nearly every progressive campus cause,” Yudof said.

In other words, intersectionality with anti-Israel forces is not just some faddish academic theory bandied about by radical academics and sociology majors. BDS supporters are building alliances, and using those relationships as an opportunity to sell their cause. Much more than a theoretical framework, intersectionality is a comprehensive community relations strategy.

Nor will intersectionality remain primarily a campus phenomenon for long. Yudof worries that “future leaders of America will be viscerally anti-Israel because of the distorted discourse on today’s campuses.” He points out that “what happens on campus never stays on campus.”

Indeed, the growing acceptance of intersectionality arguably poses the most significant community relations challenge of our time. Ultimately, how popular — and threatening — intersectionality becomes depends on the degree to which the far left, constituting about 10 percent of society, is successful in inculcating its black-and-white worldview, simplistic perspectives and resentment toward those perceived as powerful with the mainstream left. But we can influence the direction of this discussion.

Publicly attacking intersectionality and its adherents is not likely to do much damage. To the contrary, calling out Israel’s detractors can paradoxically have the effect of popularizing their views and bringing them further into the mainstream.

Rather, the Jewish community and especially, the Jewish community relations movement, must do more to establish our own intersectionality with groups on the mainstream left, which is not nearly as prone to radical currents. Strengthening ties to these more moderate groups will erect a firewall between the far left and mainstream left on Israel, making it far less likely that the latter will ever take the bait from the BDS movement.

To do this, we need to understand the various issues and causes of the groups that make up this segment of the population, and make common cause whenever possible. Promoting Israel alone is not going to cut it because the various groups will have no reason or incentive to join forces with us. Just as BDS supporters embrace the agendas of the groups they seek to persuade, we must work on issues our key partners deem important.

We may not be able to discredit intersectionality with Israel across the board, but we can limit its reach.

David Bernstein is president and CEO of the Jewish Council for Public Affairs, the representative voice of the Jewish community relations movement. Follow him on Twitter @DavidLBernstein.

BDS and the Rising Danger of ‘Intersectionality’