VIDEO: Benjamin Netanyahu, Minister of Everything 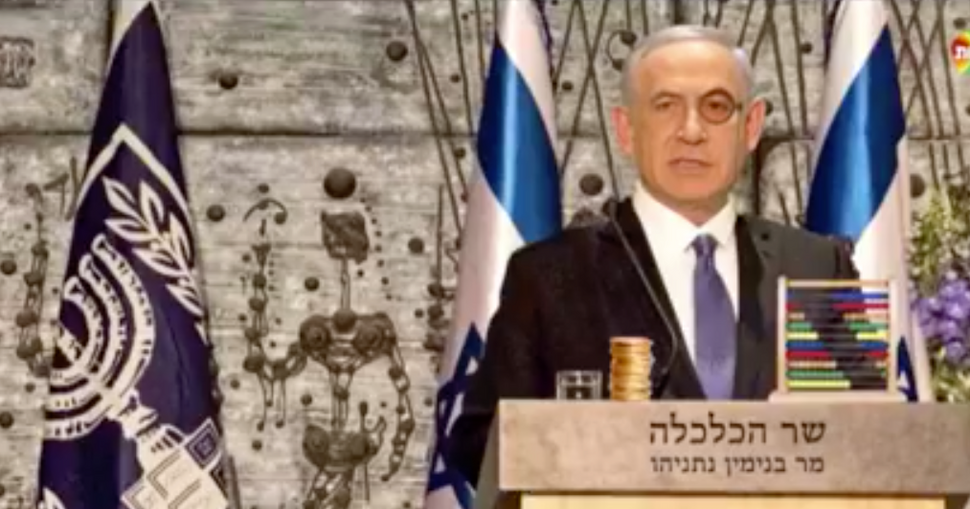 Image by Tonight with Guri Alfi

In most countries that have a somewhat successful democratic regime, satirical shows can come and shed light on some of the country’s less democratic aspects.

In an especially funny skit, comedian Evyatar Halimi calls the foreign affairs department of the Knesset, pretending to be an Indian delegate organizing a conference on democracy and “stability and regime decentralization.” He wants to raise Israel’s democracy index (currently rated 7.63, ranking 35th, between Taiwan and Slovenia) and to do that he needs the names of some ministers to invite them to the conference. The problem? Every single minister he asks for turns out to be the same person: Benjamin Netanyahu.

Yes, it was easy not to notice, what with all the recent sexual harassment scandals in the Knesset, but Benjamin Netanyahu is currently heading up five different ministries in addition to being the Prime Minister of the State of Israel. And while it’s not unusual for the same person to be the head of one, two or even three ministries, or for the prime minister to lead a ministry, especially intermittently, 5 different ministries seems a bit… extreme.

Hopefully, that will change soon enough. Silvan Shalom just vacated his own ministry in December after 11 women made allegations of sexual harassment against him. But the ministry of economy has been in Netanyahu’s hand for over a year now. Which is, in itself, a slight cause for concern: these are some of the country’s most important portfolios, and it’s worrisome to see one man have a monopoly over so much power.

Still, Israel’s democracy index is higher than Poland’s and Greece’s. So, you know, it could be worse.

VIDEO: Benjamin Netanyahu, Minister of Everything