Israelis and Arabs Are Already Lovers — Kissing Video or No 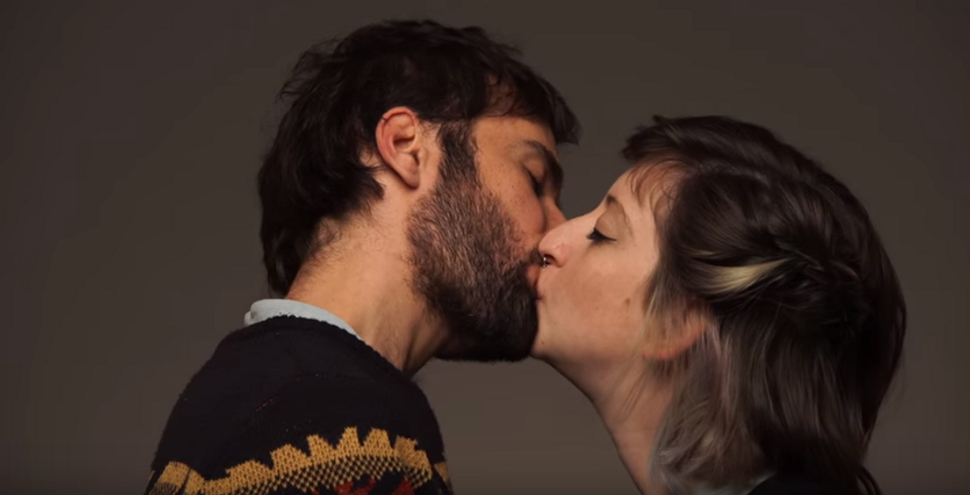 Image by Time Out Tel Aviv

Naftali Bennett, Israel’s education minister and the head of the Jewish Home Party, decided to ban Dorit Rabinyan’s book, “Borderlife,” from the literature curriculum in schools.

The reason? The book depicts a love affair between a Palestinian and a Jew.

This, of course, caused quite a backlash. People protested with angry social media posts, and by buying the book, which has since become a bestseller.

The Tel Aviv branch of Time Out decided to mount their own protest, in the form of a viral video. It took inspiration from a pre-existing strangers kissing strangers video, but added a political twist. It shows Israeli and Arab strangers kissing each other. Watch out, it gets pretty steamy:

The video has since been mysteriously removed from Facebook. Haaretz confirmed that Facebook did not remove the video. The video had over 100,000 views at the time of its removal.

Did the video cause too much discomfort? Did Time Out cross a line that should not have been crossed?

At the end of the video, when asked what it’s like to kiss someone of a different religious background, one of the participants answered, “Not as strange as the [Israeli-Arab] conflict.”

But the truth is, Israeli and Arab couples are not at all a strange sight at all.

Arab and Jewish couples are not just the random strangers that kiss each other in viral videos, or even the unknown families posting photos on “Jews and Arabs Refuse To Be Enemies,”; they are an integral part of Israeli society. They are some of Israel’s greatest cultural symbols.

Talented actor Yousef (Joe) Sweid was married to Yael Ronen, an Israeli Jewish theater director. They have one son, Alex. And while the couple did separate last year, Sweid is now reportedly dating another famous Jewish girl, Adi Shilon, a TV and radio host.

Sweid, who was in many Israeli movies and plays, has starred in American shows like “American Odyssey” and will be in the next season of “Game of Thrones.”

Mira Awad, the beloved Palestinian Christian singer and actress, who represented Israel with Achinoam Nini at the Eurovision of 2009, and who starred in the comedy “Avoda Aravit” (Arab Labor), is married to Jewish Israeli Kosta Mogilevych, a businessman and former acrobat, eight years her junior.

Norman Issa, the actor and much beloved star of “Arab Labor,” is married to famous Israeli playwright Gidona Raz. They have three children.

These are just three couples, out of many. So, you can delete videos from Facebook, and ban books because, as the ministry said, they promote “intimate relations between Jews and non-Jews threatens the separate identity.” But the truth is these two identities have not been separate in decades, and these intimate relationships are already deeply interwoven into the fabric of Israeli society.

Israelis and Arabs Are Already Lovers — Kissing Video or No