The Right Isn’t Shy About Influencing Israel. Why Is the Left? 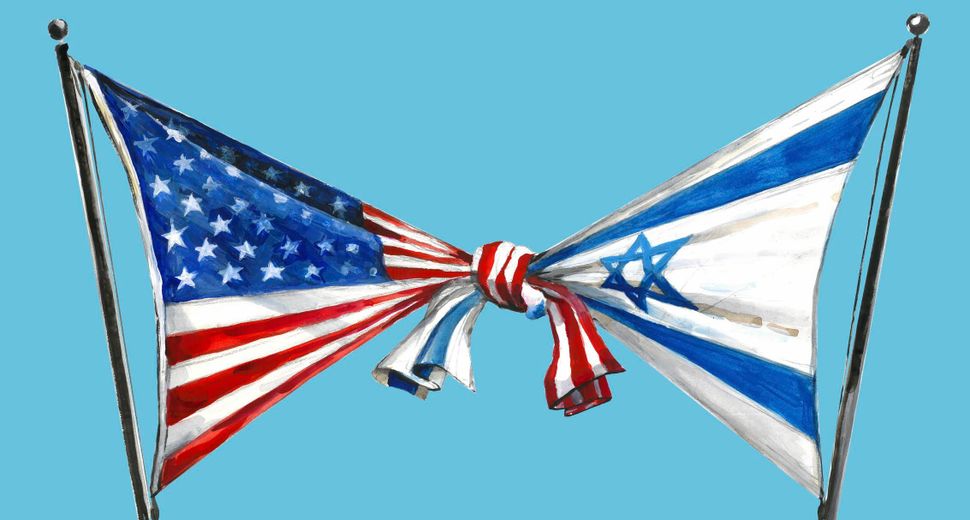 Back in 2010, shortly after the first concerted attack on the New Israel Fund and Israel’s human rights community, Israeli analyst Yossi Alpher wrote a seminal article for the New York Times. He pointed out that the ultranationalist settler lobby in Israel had been unsettled in more than one way by the disengagement from Gaza, and that it then developed a concerted plan of attacking its critics and strengthening its grip on the instruments of power.

Six years later, we see how right Alpher was. The attacks on civil society and other democratic institutions continue from year to year, with some right-wing victories such as passage of the boycott law, and some defeats at the hands of Israel’s underestimated and underfunded left. Meanwhile, well-intentioned liberals, including Forward editor Jane Eisner in her recent editorial, express conscientious concern about what they see as “dictating Israeli policy” from the comfort of the U.S., despite Israel’s drift from liberal democratic values and the concomitant decline in its international standing.

The reality is that Israeli policy is already being distorted by the influence of powerful Jewish-American millionaires and Christian evangelicals. The current state of political affairs didn’t just happen. The right has been institution-building for years, funding everything from the neoconservative Institute for Zionist Strategies and its offshoot organizations to extremist groups like Im Tirtzu, the recent sponsors of a vicious video against Israeli human rights activists. The crossover between American neocons and Israeli ultranationalists is immense, and as recent reports in Haaretz and by Peace Now detail, the hidden American funding of the settlements and ultranationalist network amounts to more than $200 million in the last six years.

Meanwhile and nonetheless, Israeli progressives and civil society are fighting back. It’s hard to remember from reading the mainstream Israeli press — which has followed the money to consolidate in a rightward direction — but the center-left actually gained Knesset seats in the last two elections. The Prime Minister’s coalition dangles by one vote; if a Knesset member goes to the bathroom at an inopportune time, there goes the majority.

And behind the political left is the new beginning of a progressive infrastructure. Think tanks, media monitoring, online organizing, and other progressive institutions won’t change the Israeli narrative overnight, but they are the long-term signal of a resurgence of tough self-analysis and rebuilding on the left. New political initiatives, from the J14 organization built on the foundations of the 2011 social protests, to initial efforts to unite Mizrahi, Palestinian and other marginalized Israelis, demonstrate that young Israeli activists are neither demoralized nor deterred. They are determined.

And we can do so much to help them. We at the New Israel Fund understand better than perhaps anyone what the challenges are for American liberals who love Israel. We talk to them every day. For older Jews, who fondly remember Israel as the fulfillment of a socialist and inclusive dream, it is easier to cling to the myth than to confront the reality. For those of us who can’t remember an Israel that wasn’t occupying territory and depriving Palestinians of their rights, it’s easier to tend our own gardens here in the U.S., supporting social justice or gun control or racial equality.

That may seem like an easy way out, but it’s not a viable option for those of us who genuinely care about what happens in Israel. If we decline to make our voices heard in Israel, we are handing the megaphone to Sheldon Adelson and his various right-wing mouthpieces. If we think that raising our voices constitutes “interference,” we are conveniently forgetting that the Israeli prime minister inserted himself into our own national election in 2012 and spent a good chunk of last year pushing Congress to oppose President Obama’s Iran policy. If we visit Israel and never see the separation fence, never talk to an activist from the Association for Civil Rights in Israel or B’Tselem, never meet a Palestinian, never confront the reality of poor or marginalized Israelis, we might as well go to Disneyland instead.

Ten years ago, the New Israel Fund had a policy of never asking our supporters to directly engage with Israeli leadership on political and social issues. Our reasoning was similar to Eisner’s — our raison d’etre was to support Israelis fighting to improve their own societies, not to give voice to Americans who objected to or supported particular policies themselves.

We have changed, the Israeli left is changing, and so is the liberal American Jewish community. Just last week, at our request, more than 2000 Americans emailed Finance Minister Moshe Kahlon asking him to oppose the pending anti-NGO law. And they did so on Christmas day.

My Israeli colleagues are grateful for this kind of support. They are also at as much risk from insecurity and violence as their right-wing neighbors. More so, actually, since they now have to worry about extremist Jews as well as knife-wielding Palestinians. They themselves say to liberal Americans: security is not what this Israeli government says it is. Almost fifty years of occupation, demonizing every Palestinian leader, delegitimizing freedom of speech and conscience, degrading Israeli democracy — these policies of the right have not made us safer. Dissent does not weaken Israel, and discussing Israel’s real challenges and mistakes are the only way forward to resolving them.

We understand Eisner’s qualms. The effort to defend democratic values in Israel must be led by Israelis — and it is. Abandoning the many Israelis who continue to fight for Israel as a liberal democracy is a serious abrogation of our responsibility as Jews, as Americans, and as progressives. We cannot look away no matter how disturbed we are by trends in Israel. We must engage. And we must do so now.

The Right Isn’t Shy About Influencing Israel. Why Is the Left?