Who’s To Blame for Jewish Group Getting Booted from Gay Conference? 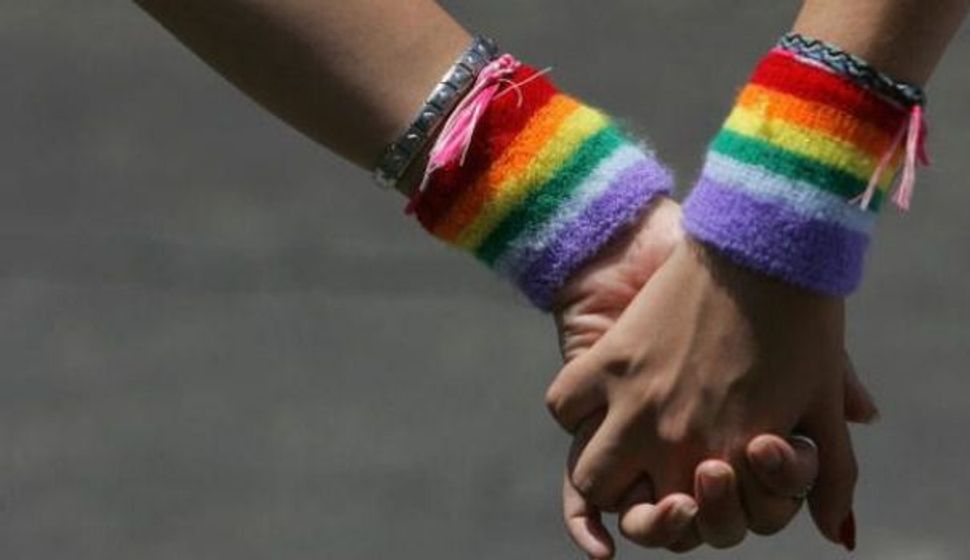 It’s been a busy week for the National LGBTQ Task Force. Jewish accusations of exclusionary behavior, silencing, anti-Semitism, being too harsh on Israel, being too easy on Israel — all this and more inundated the Task Force, and all because of a single event at the Creating Change Conference in Chicago.

First the Task Force decided to remove from the conference schedule a reception hosted by A Wider Bridge and featuring the Jerusalem Open House. After a public outcry from hundreds of Jews, the Task Force reversed its decision and issued an apology — which, of course, freshly angered hundreds of other Jews.

So, who was right to be angry? And who was really to blame?

What made the cancelation a complicated matter were the two differing organizational imperatives of JOH and A Wider Bridge. The former is more or less a leftist LGBTQ advocacy group that happens to be Israeli. The latter is an American pro-Zionist group that encourages queer visibility in Israel.

Seattle University School of Law professor Dean Spade put it succinctly when A Wider Bridge’s goal as an organization is to “pinkwash” Israel — meaning, to portray Israel as a gay paradise and tourist destination, while relying on Islamophobia and anti-Arab racism “as Israel contrasts its supposed ‘gay-friendliness’ with stereotypes of its homophobic neighbors, particularly portraying Palestinians as homophobic.”

I think it’s understandable that other progressive groups at the Task Force would label A Wider Bridge’s mission “pinkwashing,” especially given the liberal principles that the LGBTQ national civil rights movement was founded upon. A better approach would have been for both the Task Force and A Wider Bridge to examine possible ramifications of this event well before the conference schedule was put together. Because that didn’t happen, JOH was wrongly caught in the crossfire.

According to the organization’s website, “JOH transcends national, ethnic and religious tensions that are typically associated with Jerusalem, to build and unite a community in pursuit of the common goal of pluralism, tolerance and mutual support.” Many of those values — especially the ideas of intersectionality (“pluralism”) and community aid (“mutual support”) — are the tenets that the LGBTQ community stands upon.

So what got JOH booted from the conference was not a difference in ideology, but rather the fallacy of generalization: the idea that any association with Zionism, however tenuous, nullifies the potential validity of one’s LGBTQ activism, however noble.

While I’m loath to go the route of organizations like A Wider Bridge and call the initial decision an act of anti-Semitism, I do feel that there was an air of unwarranted bias about it. It was hauntingly reminiscent of an era when Jews were denied access to certain American spaces. But this whiff of our history as an excluded minority was more or less immediately dissipated by the Task Force’s recognition of wrongdoing. The organization promptly apologized and called the initial move a “mistake.” As executive director Rea Carey put it, theirs were “actions [that] left people feeling silenced.” The reversal has turned what would have been another unfortunate chapter in our narrative of discrimination into a cautionary tale.

I’ve often noticed how many conservatives make a hobby of attacking progressive advocacy organizations for “discriminatory” practices, which usually involves accusations of close-mindedness. The most terrifying thing about the Task Force incident is how both sides, to a certain degree, mimicked this disturbing quality.

Whether we identify as Zionists or as anti-Israel, whether we’re worried about a refusal to give Jewish not-for-profits a platform or about a suspected erasure of Palestinian identity, we need to remember what true leftism means. It has always required, and still requires, open-mindedness, even when we’re faced with something that we find not particularly pleasant to hear. Stories like this one remind us of the communal divisions that erupt when we forget that basic tenet.

Who’s To Blame for Jewish Group Getting Booted from Gay Conference?