How Britain Remembers the Holocaust, More Than 70 Years On 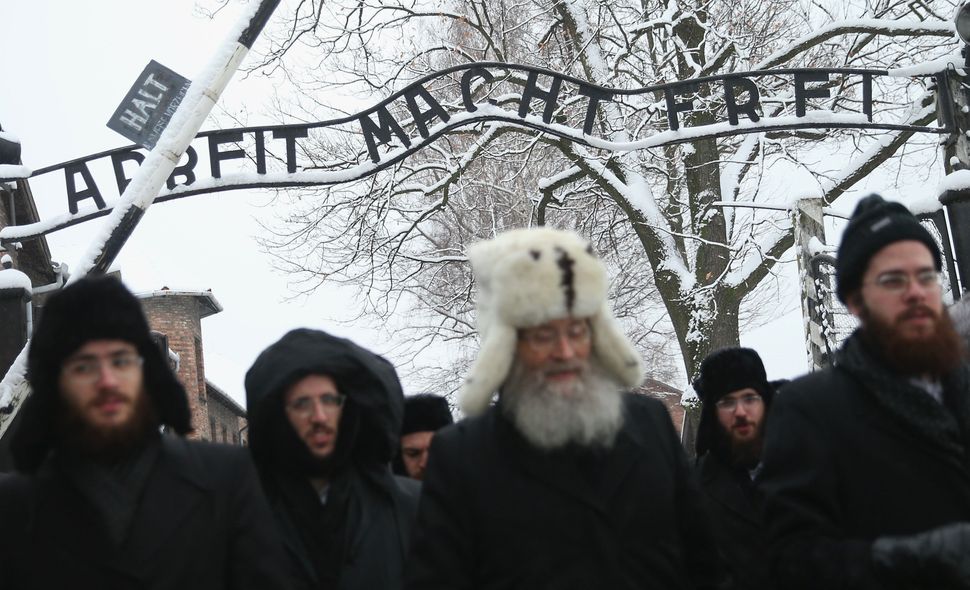 As the UK Deputy Ambassador in Warsaw from 2004 to 2008, I attended many events during my time in Poland to commemorate World War II. But one I will never forget was the 60th anniversary of the liberation at Auschwitz.

In the middle of Polish winter, world leaders, including the UK Foreign Secretary and Prince Edward, walked alongside survivors in a foot of fresh snow and bitterly cold weather to the Auschwitz-Birkenau memorial. For hours, we reflected on the tragic events of the Holocaust. Many of the survivors wore light clothing despite the frigid temperatures, to remind us of the winters they once endured as prisoners in the camp decades before.

It wasn’t my first visit to Auschwitz. I had visited many times before, each time finding it undeniably bleak — yet, thanks to the stories of survivors, an inspiring testament to our ability to overcome evil.

The historians at Auschwitz always found links to visiting groups to make the story real for its visitors. We were reminded that among the millions of Jews and others who perished, Britons also suffered in nearby forced-labour camps.

The work and links created by these historians ensure that the history of the Holocaust is protected — in memory of those who perished, and as a reminder of what humanity can do in its darkest moments.

While it’s been more than 70 years since the Holocaust, anti-Semitism continues to affect us all. The attack on a kosher supermarket in Paris last January underscored the continuing struggle to combat anti-Semitism in all societies. In the last decade, there has been a rise in anti-Semitic crimes in many countries around the world.

In the UK, the increasing number of anti-Semitic incidents is deeply worrisome. British Jews, like all religious groups, deserve to live their lives free from fear of verbal or physical attack. There are around 300,000 Jews living in the UK, making our Jewish community the second largest in Europe.

History teaches us that no one can be complacent. More than ever, the UK is firmly committed to combating the often-overlooked fragments of anti-Semitism. In the UK, we’ve taken a holistic approach, combining legislation, education and commemoration.

In recent years, we’ve passed strong legislation against racial and religious discrimination and crime. In every effort to protect British Jews from hostility, hatred and violence, the UK recently implemented a comprehensive legislative framework to address hate crimes of every kind. This provides equal and extensive protection for all ethnic and religious groups from crimes committed both offline and online.

Secondly, education has been at the heart of our community efforts. To mark the 70th anniversary of the liberation at Auschwitz, the UK announced the creation of a world-class learning centre and an endowment fund to secure the long-term future of Holocaust education. Each year, groups of British students take educational trips to Auschwitz from the UK, sharing their experiences with classmates back at home to ensure the lessons of the Holocaust are carried through our generations.

And finally, through the UK Holocaust Commission, a National Memorial will be built in central London as a promise to remember what transpired. Britain stands committed to preserving the Holocaust’s memory in its centers, structures and most importantly, its people.

Looking back on my time in Warsaw, I often think of the remains of a former Jewish ghetto destroyed in the Jewish Uprising of 1943. What remains of a once thriving community and district are the fragments of walls surrendering to decay. It’s an important reminder that history lives on among us, and it is our responsibility to never stand silent in the face of injustice.

Patrick Davies is the UK Deputy Head of Mission to the United States.

How Britain Remembers the Holocaust, More Than 70 Years On