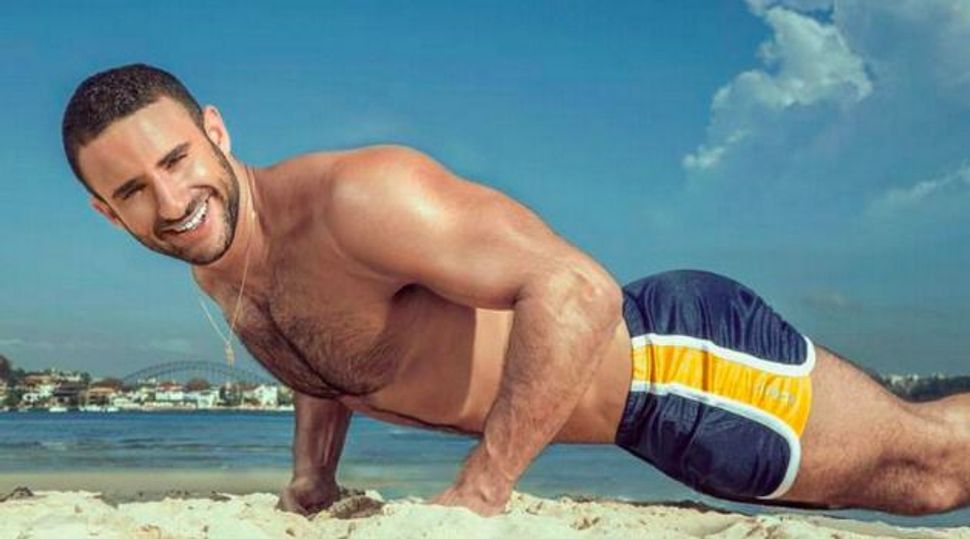 After I weighed in on at the University of Chicago, I arrived on campus at my alma mater expecting to discuss with my friends who are still in Hyde Park the intricacies of the matter. Instead, we seemed to discuss “bros.” Frequently.

In a few weeks, registration for the Birthright trips will begin. Our Facebook newsfeeds and campus boards will be plastered with flyers, not least those featuring men we might read as “bros” at the beach or the Dead Sea, sometimes wearing less than what we would wear to the office. Meanwhile, we debate in the United States whether or not Bernie Sanders – himself Jewish – has inspired a breed of “Bernie Bros” who spread the word of the Vermont senator and attack supporters of Hillary Clinton in misogynist or hyper-masculine ways. This debate seems to have extended to the Jewish community. And then, of course, there seem to be the “Jewish bro” cultural symbols enjoying a renaissance – here’s looking at you, Seth Rogen – or those who have been accused of doing disgusting and criminal things, like rape – such as the porn star James Deen. At a glance, it seems we are discussing “bros” – identified as such or not – all the time.

Have we Jews become captivated by bro masculinity?

First: What is a bro? As a scruffy, supremely awkward gay man with “no chill,” I am probably the least qualified person to answer this question with authority. But I would say that the best description of a “bro” is “a jockish, jocular and boyish man – usually white, straight and cisgender – who acts in a way that we consider normatively masculine.” Sometimes he is in a fraternity, sometimes he is a consultant, sometimes he is your friend’s boyfriend who brings kale-flavored vodka to your housewarming. You might imagine him in salmon shorts, or a backwards baseball cap, often with sizable biceps. You might imagine someone who acts rather boorishly to women.

The term itself, derived from “brother,” may have been appropriated at some point from black musical culture by white fraternity culture in the middle 20th century – though “brother” is an affectionate term between male friends in dozens of languages. There are most certainly those who identify or are identified as “bros” in the Jewish community, far beyond the bounds of AEPi.

So it could seem that we are going through a “bro” phase in Jewish media. What with the aforementioned topics of discussion coming up in such rapid succession, what with our social media channels filled with debates over abolishing fraternities or Seth Rogen’s acting, what with the seemingly-interminable march of Birthright recruitment, it seems that we have become fixated on “white boys in salmon shorts” – Jewish style. But have we?

I would argue, actually, that we are not really in a “bro year” or a particularly bro-obsessed time. First, since we are still embedded in a patriarchal society, every time seems to be a bro-obsessed time. A society centered on masculine straight white men will celebrate those who are good at being prototypical masculine straight white men, including those who are Jewish. (This idea is a consequence of what Judith Butler terms “performativity” – the performance of gender within societal roles.) Sure, AEPi has had its recent scandals – at Chicago, at Vanderbilt and at Brown – but the presence of fraternities alone does not a bro-obsession make.

And to that end, I think there is a broader point to be made here. We, the Jewish community, are wrestling with the intersection of masculinity and whiteness no less than the rest of America. Let us not forget that decades of Jewish institutional policy has not only sought to make Jews “white,” but to bring white Jewish masculinity closer in line with American norms. We had the sports camps and the Jewish athletic clubs, the Jewish Little Leagues and AEPi when those boys grew up, and the image of the heroic soldier as a model of both Israeli and American muscular Judaism.

So today, in our own community, straight white men still enjoy a lot of privilege – and though many of us try to deconstruct it and decenter their experiences, and though many of us try to smash white supremacy and the patriarchy to smithereens, that privilege has not gone away. Meanwhile, we also live, participate, and operate in a cultural framework largely centered on those straight white men. One in which bro-dom will come up – even in critique – because bro-dom is so deeply tied to that framework’s continuation.

When things like the Chicago AEPi incident, or the Bernie Bros, or even a critique of the six-pack-laden Birthright advertisements and “sexy hasbara” arise, we are not simply talking about bros and those who are “bros,” but the same old white masculinity that we’ve been talking about endlessly. And if that’s the case, we have been in a bro obsession for a long, long time.

Jonathan Paul Katz is a civil servant and UChicago alum. This piece is in no way connected to his place of employment.