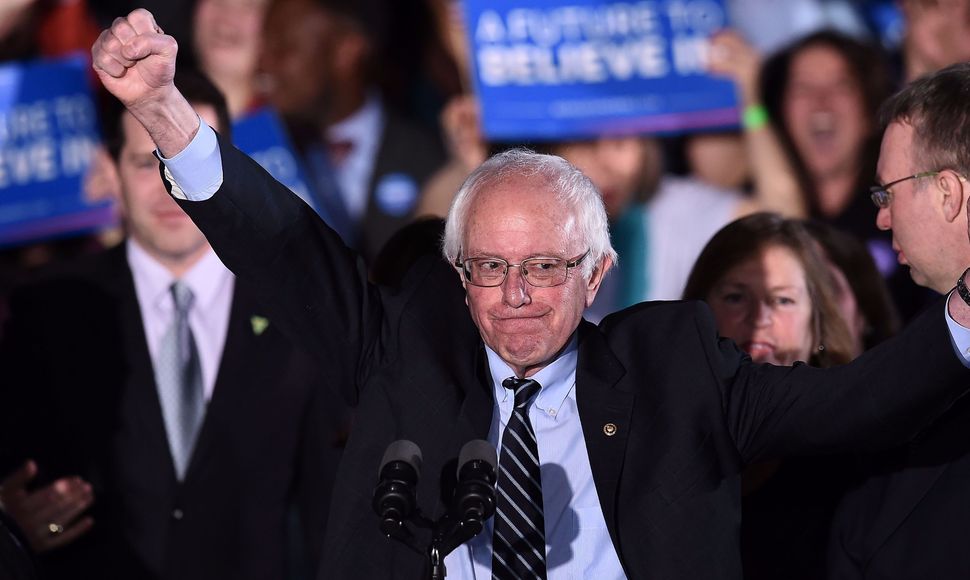 Back in 2000, Al Gore’s decision to tap Lieberman as his running mate set off what felt like a months-long national bar mitzvah bash. But the party — and all the speculation about a Shabbat-observant, kosher-keeping vice president — proved premature, thanks in part to confused elderly Jewish voters in Palm Beach County. And then Lieberman’s presidential bid in 2004 totally flopped in the primaries.

So you’d think there would still be room for some hoopla over a Jewish challenger holding a strong lead in the New Hampshire polls headed into the primary. Nope. Bubkes.

The lack of Jewmania this time around is partially attributable to Donald Trump hogging the media’s attention. But more importantly, since Lieberman’s dance on the national stage an African American was elected president, a Mormon won the Republican nomination and a woman is widely viewed as the favorite to win in 2016. Suddenly the whole first-Jewish-president thing seems like a yawner.

There is also the fact that Lieberman wore his Judaism like a yarmulke. He proudly put his faith front and center while embracing the role of religious trailblazer and Jewish role model.

Sanders, not so much.

That’s not to say Sanders is trying to pass (why bother?). When asked, he says he’s proud of his background, and he occasionally will invoke his Jewishness on his own. But generally the Vermont senator seems uncomfortable with efforts to place a Jewish frame on his candidacy. 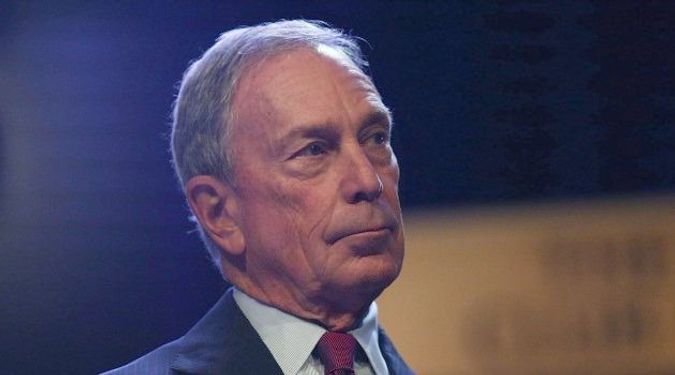 The result is that Lieberman comes off as the more-Jewish candidate — even though the overwhelming majority of American Jews are more like Sanders in terms of their secular Jewish identity and, in many cases, their politics.

While plenty of Jews and Jewish organizations took pride in Lieberman’s nomination in 2000, his spirited defense of a greater role for religion in the public square flew in the face of decades of Jewish activism and anxiety over a lowering of the church-state wall. Similarly, while Lieberman’s vocal support of the Iraq War made him a hero in some Jewish circles, polls showed his hawkish views were out of step with the majority of American Jews.

Perhaps Sanders’ most dramatic Jewish moment in the campaign came during a rally in October at George Mason University in Fairfax, Virginia, in an exchange with a hijab-wearing senior, Remaz Abdelgader. She identified herself as “an American Muslim student who aspires to change this world” and complained about the “rhetoric that’s going on in the media.”

In response, Sanders hugged her and said, “Let me be very personal here if I might. I’m Jewish. My father’s family died in concentration camps. I will do everything that I can to rid this country of the ugly stain of racism, which has existed for far too many years.”

Sanders’ comments echoed one of the most publicly Jewish moments of the other possible contender for first Jewish president, former New York City Mayor Michael Bloomberg.

Back during the fight over whether to allow a Muslim community center to open near Ground Zero, Bloomberg passionately defended the project, a stance he connected to the protection of Jewish religious rights.

If Sanders and Bloomberg share what remains the leading brand of American Jewish identity — a mix of religious ambivalence and ethnic pride — they reflect distinct trends in American Jewish political attitudes. As a self-described democratic socialist, Sanders is a throwback to the first half of the 20th century, when the Jewish street embraced a leftism fixated on economic issues. Bloomberg reflects the Jewish rise up the socioeconomic ladder and an evolving brand of liberalism focused more on social issues, like abortion and minority rights.

Sanders promises to fight the banks and make peace with the National Rifle Association; Bloomberg defends Wall Street while waging war against the gun industry.

Whose politics will define the next stage of Jewish liberalism?

We could get a direct face-off, if Sanders somehow rides his historic New Hampshire win to the Democratic nomination and Bloomberg jumps in as an independent.

And if you’re having trouble getting your head around a Jewish democratic socialist and a Jewish billionaire duking it out for the White House, just imagine if Donald Trump wins the Republican nod. That would make him the only one in the three-man race with Jewish grandchildren who go to an Orthodox shul.