Can Bernie Sanders Bring Socialism Back to Life? 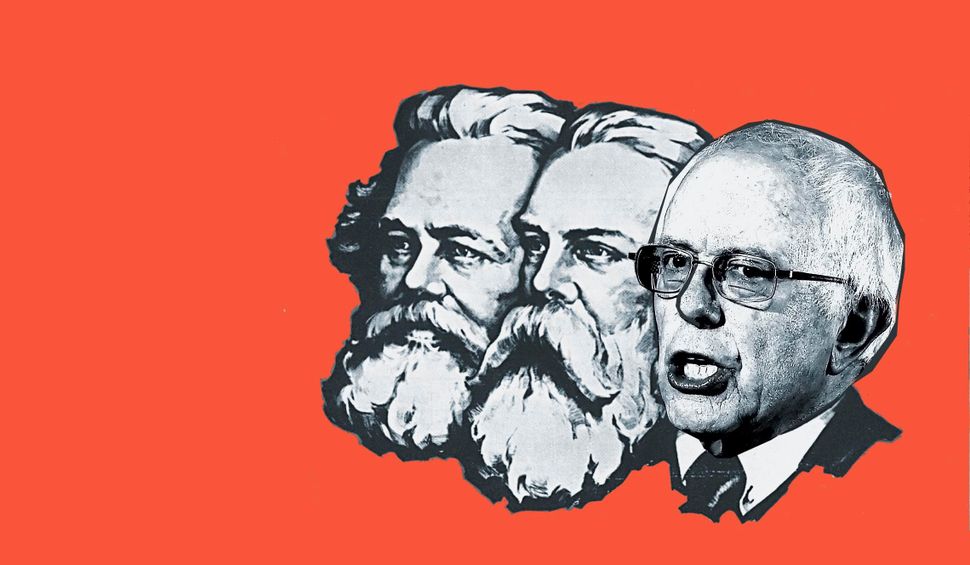 In the recent “Saturday Night Live” skit with Larry David and Bernie Sanders, a ship is sinking. David’s character, rich and arrogant, tries to scurry down to a lifeboat with the rescued women and children because, well, he’s rich and arrogant. On cue, Sanders appears as the voice of the common folk.

“I am so sick of the 1% getting this preferential treatment. Enough is enough,” Sanders says. “We need to unite and work together if we’re all going to get through this.”

Then David’s response: “What’s the difference?”

What is the difference? As the nation adjusts to the popularity of the Jewish senator with unruly hair and a Brooklyn accent, suddenly “socialism” is no longer a dirty word, especially among young voters. In fact, Sanders is redefining socialism for 21st-century America, and whether he wins or not, whether his ideas are viable or not, he’s turned what had been a political insult into a serious governing challenge.

Until the Sanders surge, socialism had only negative connotations in the American mainstream. Barack Obama has been labeled a socialist ever since his 2008 campaign, and it was never meant as a compliment. (Nor is it an accurate portrayal of his political philosophy or of his policies as president.) Employing “socialism” as a political slur is a well-worn American tactic, dating back to before the Civil War, when newspaper editor Horace Greeley was branded as such because of his abolitionist beliefs.

As one illustration of how muddied the use of the word has become, celebrity chef Danny Meyer recently told The New York Times Magazine that forcing restaurant servers to pool their tips is “socialist” and that’s why he’s eliminating tipping altogether. (Was this what Karl Marx had in mind?)

Beneath the rhetorical sloppiness and definitional confusion lies a set of serious questions propelled by Sanders’s initial electoral success. Is the nation ready for this — not just the first Jew to win a presidential primary, but also the first socialist? And what exactly is the nation supposed to be readying itself for?

As John Dillon wrote for NPR last year: “Webster’s dictionary defines socialism as a form of society in which government owns or controls major industries. Marxist theory says socialism is the transitional stage between capitalism and communism. Neither one of these definitions is what Sanders is talking about.”

Nor does the Vermont senator subscribe today to the ideals of a Stalinist collective like the one he found on the Israeli kibbutz where he volunteered for a few months in the 1960s.

Sanders has long owned his particular brand of socialism; by adding the descriptor “democratic,” he has allied himself with the milder version practiced in much of Europe, where higher taxes fund government support of national health insurance, paid family leave and free or discounted public universities.

While these policies are embraced over there, it’s just about impossible to imagine today’s Congress approving such a sweeping and costly expansion of federal power. Even though “democratic” socialism doesn’t call for the state takeover of the means of production, it does dramatically deepen the role of government in our lives. Sanders is comfortable with that. Most Americans say they are not.

A Gallup poll found that given a list of attributes for presidential candidates — “gay or lesbian,” “evangelical Christian” and so forth — “socialist” comes in dead last in terms of favorability, with only 47% of Americans saying they’d vote for a socialist president, and 50% saying they would not. (Even an atheist candidate is more attractive.)

That overall split masks a huge partisan divide, however, with 59% of Democrats willing to vote for a socialist but only 26% of Republicans. This poll was released last June, and Sanders’s consistent defense of his brand of socialism may have changed a few minds since. Even at 74 years old, he seems to have the future on his side: Young voters are far more likely than their elders to view socialism favorably. 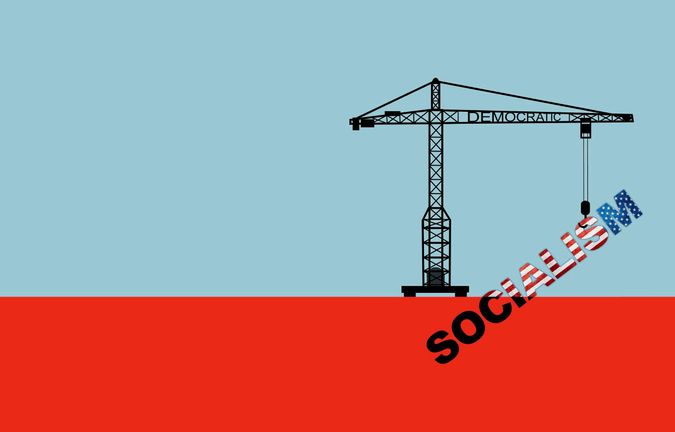 One reason for this is that younger Americans did not experience the faulty premises and dangerous excesses of the sort of socialism practiced in the former Soviet Union and, to some extent, still in China and other nations today. The oldest millennials were 8 years old when the Berlin Wall fell.

But it’s also because of the way Sanders has chosen to define his political philosophy. In his parlance, socialism is connected more to federal programs — Social Security and Medicare, the promise of free college tuition — than to a systemic belief in how society should be reorganized and governed. There’s no totalitarianism explicit in his model, no oppressive exertion of state control. He rails against big corporations and Wall Street as the dastardly 1%, not as representative of a foundational flaw in America’s DNA.

But even Sanders’s more tempered view of socialism emphasizes the “we” before the “I,” and that does challenge something foundational in the American character. The tension between the rights of individuals and the responsibility of communities has always existed in this country, and more often than not the chance to “live free or die,” as they say in New Hampshire, wins out over the state’s obligation to redistribute wealth and opportunity.

America in the past half-century has swung toward privileging rights (for some) over responsibility, and rage at that imbalance has fueled Sanders’s campaign. Whether it’s a winning message remains to be seen, but he has succeeded in resurrecting a denigrated idea and introducing a dynamic choice into a stale conversation. Even Larry David should be impressed.

Can Bernie Sanders Bring Socialism Back to Life?