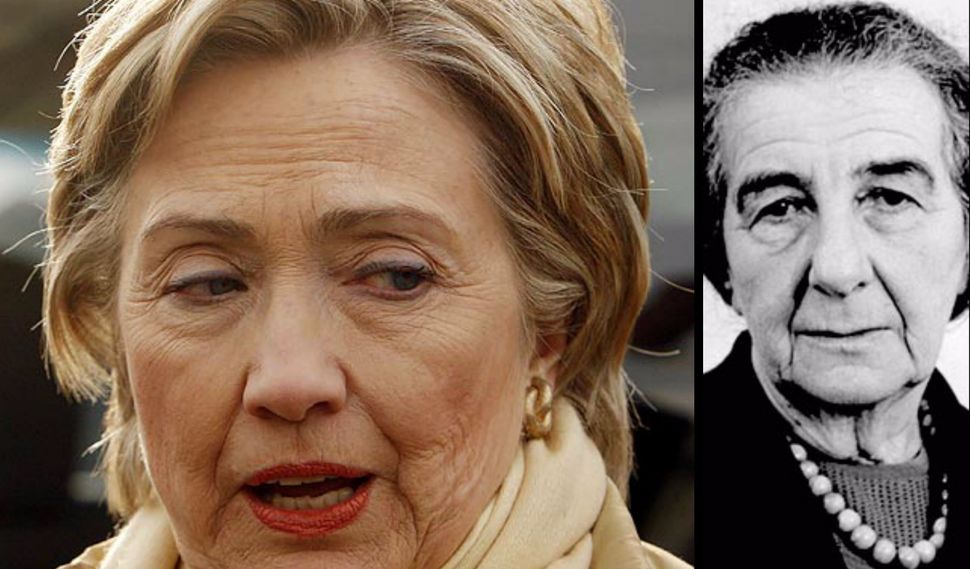 “Isn’t it time America elected its first female president? After all, Israel already had one, way back in the 1960s.”

That’s a question I used to ask when I first moved to New York as an Israeli student. I usually delivered it with a cheeky smile and a glint of patriotism. I was proud of my country for having been so progressive, so ahead of the curve.

Golda Meir was Israel’s first woman prime minister, and she was also the third woman ever to achieve that rank anywhere in the world, which says something impressive about a country as young as Israel. While she was hardly perfect, I still have fond feelings for her. I’m inspired by her story.

Meir became premier in 1969, after the sudden death of Levi Eshkol. She led the country through some traumatic events, like the Munich Olympics, and some controversial moves, like the Yom Kippur War. A year after that war ended, and following criticism from many in the Israeli public, she resigned from political life.

Fifty-seven years have passed since Meir’s election, and the United States still hasn’t caught up with Israel. But with Hillary Clinton competing in a tight race against Bernie Sanders for the Democratic nomination, there’s a chance that this might finally change.

And yet, even before the Democratic debates began, I heard many people voicing the same complaint: “I really want a female president, but I just don’t like Hillary.” Whenever I asked why, nobody could give me a clear answer.

As an Israeli citizen, I can’t yet vote in the United States. But as I watch my American peers and even my spouse get swept up by a Bern-ing fever, I can’t help but wonder why people won’t give Clinton a chance.

I don’t think it’s fair to demean or disparage feminists who aren’t voting for Clinton. But I do think it’s fair to stop and ask ourselves: Is this choice gendered? Are we, despite our fiercest feminist convictions, setting the bar higher for Clinton than we would for male Democratic candidates?

I think the answer is, simply, yes.

The critiques I hear about Clinton being too cold, too robotic, too much of a go-getter — they really make me cringe. They disregard the fact that Clinton can’t yell, scream or wave her hands without being called absurd names in the media. “If [Clinton] appeared on stage as angry at the ‘system’ as [Sanders] is, she would be dismissed as an angry, even hysterical, woman; a sight that makes voters squirm.”

If you’re a woman, you cannot yell passionately, for fear of being emotional. But if you’re levelheaded and matter-of-fact, well then, you’re not warm or nurturing — you might as well be an ice statue. Either way, the reaction you draw is: What’s wrong with you?

That’s always been the burden to bear for female politicians — and not just in the West. Meir’s way of dealing with this, it seems, was to make her femininity a nonexistent thing. Known as “Ben-Gurion’s best man in government,” Israel’s female premier was hardly a feminist. Her Cabinet was pretty exclusively male. “Women’s liberation is just a lot of foolishness,” she once said. “It’s men who are discriminated against. They can’t bear children.”

Dogged by a persistent image as an ice queen, Meir cultivated a personality that left her not quite woman, and yet less than man. It was enough to get her seen as electable in Israel in the 1960s.

Is America really going to demand all that and more from Clinton today, in 2016?

Clinton brings with her a lot of the advantages that Meir brought — extensive experience with foreign policy, and a determination to continue predecessors’ legacies (Clinton firmly in support of President Obama, Meir following Eshkol) — and then some. More than 50% of Clinton’s staff is female. She is avowedly feminist. She clearly has empathy for women. These things matter.

Besides, if you claim to want a candidate who’s nurturing, isn’t a campaign whose underlying principles are “love and kindness” just what you’re looking for? That’s exactly what Clinton stands for. The value of treating every individual with respect, whether it’s someone you meet on the campaign trail or someone who will be impacted by your policies, has been her driving force for many years. Although she was mocked for trying to spark a national discourse about this in the 1990s, she still occasionally injects a line about it into her speeches.

With every debate, Clinton grows on me more and more. I applaud the courtesy that she shows Sanders, and the civil discussion that she helps foster. She deals with questions head-on. She may not sweep you off your feet with sheer force of charisma, but she’s real.

Clinton is the most progressive on the one issue that matters most to me as a hopeful American citizen: immigration. She’s also more progressive than Sanders when it comes to gun control reform. More broadly, I trust her for her honesty, for her deep thought and, yes, for her ability to make concessions, to change her mind, to be flexible, while still standing for the same values.

Just look at the way Clinton is able to be frank and nuanced about the issues that she’s gotten wrong in the past. About the war in Iraq, she said: “I made it very clear that I made a mistake, plain and simple. And I have written about it in my book, I have talked about it in the past.”

As a woman and as a politician, Clinton has been trained for diplomacy. She knows that true solutions aren’t sweeping, they’re real. And sometimes that means they involve pragmatic compromises.

I know that Clinton is not a perfect candidate — nobody is. But perhaps, unlike many of my fellow millennials, I’m too pragmatic to be swept away by Sanders’s charm. What can I say? I’m more of a “love and kindness” kind of gal.

And I think it’s time America took a lesson from Israel by seriously considering that model, rather than letting sexism get in the way.