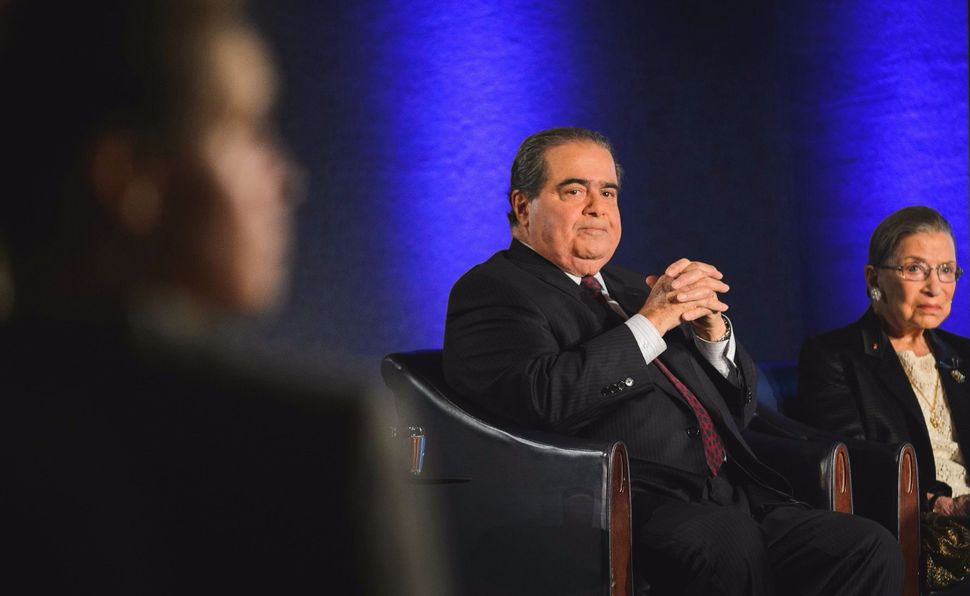 As the token conservative friend for so many people, I believe we can all take a lesson from Antonin Scalia — and the unlikely friendship he enjoyed with Ruth Bader Ginsburg.

It’s hard for some to believe that the Notorious RBG, as she’s called by her liberal fan base, would vacation and often ring in the New Year with Nino, the conservative stalwart of the court. But their close friendship was very real and is one of the best stories about the late justice that we can and should retell in the wake of his death on Saturday.

Why are we so surprised that two people who see the issues of the day differently would be friends? Why have we drawn such bright lines around our political ideologies that a friendship between a liberal and conservative would become a viral story?

In a time of “safe spaces” on college campuses, where outside opinions are not only unwelcome but actually not permitted, the idea that two people could disagree on so much while maintaining a tight connection has become so foreign as to seem newsworthy.

This is especially striking to me as a Soviet-born Jew. My American Jewish friends are mostly all liberal but my Russian Jewish community is mostly Republican. It doesn’t seem extraordinary to me that I can straddle this divide, befriending people in both camps.

What’s more, I’m aware that my fellow Soviet-born Jews and I are a minority within a minority: We are the only subset of Jews who vote Republican in any significant number. In 2004, the last election for which there is data on the Russian Jewish vote, American Jews went 66% for John Kerry and 24% for George W. Bush. Meanwhile, Russian Jews preferred Bush to Kerry by a 3-1 margin. While Barack Obama’s contentious relationship with Israel has managed to move some Jews to the Republican column, he still received about 70% of the Jewish vote in 2012, while Mitt Romney got 30%.

This position of being a minority within a minority is one I see mirrored in the lives of Scalia and Ginsburg. These were two people with a job held by only 9 human beings in the country at any one point. This, and the other things they had in common — a love of opera, travel, a similar sense of humor — bound them together. It didn’t matter that they held differing opinions, because they shared mutual respect.

By the way, this mutual respect didn’t just extend to one another, but also to the institution they both served. when she cited a duet, titled “We are different, we are one,” sung by the two judges in the 2015 opera “Scalia/Ginsburg.” She noted that she and Scalia were “different in our interpretation of written texts, one in our reverence for the Constitution and the institution we serve.”

That we consider the relationship between these judges such a crazy, novel thing is a problem for our society. The more we cloister ourselves in with people who agree with us on everything, the less rich our lives become. Politics should end at friendship’s door. It’s a lesson Scalia and Ginsburg can teach us all.

If they could do it, we all can.