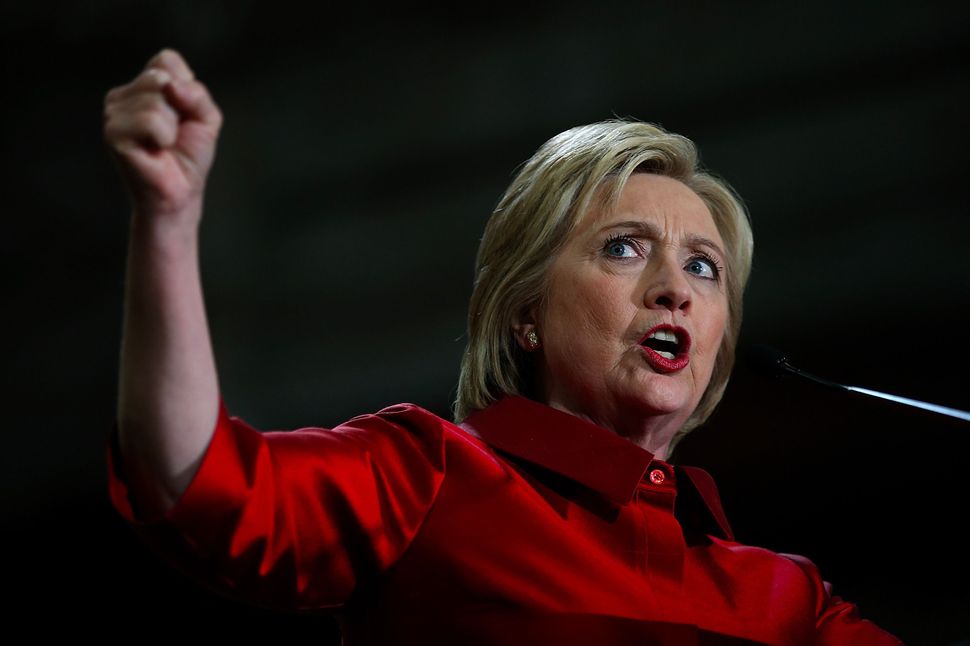 During the Democratic presidential debate on the night of February 4, Hillary Clinton said to Bernie Sanders: “If you have something to say, say it.” She was referring to Sanders’s repeated indication that Clinton has compromised herself by taking money from Wall Street. Sanders did not answer directly, but he wasn’t dodging. He understood that it wasn’t worthwhile, in that forum, to spell out the real answer, which is that conflict of interest does not require proof of corruption to be problematic.

According to a , the Talmud explains that conflict of interest can arise in five possible ways: 1) being an interested party (Nogea B’Davar), 2) behaving to ensure that one is above suspicion (V’hiyitem N’keyim), 3) placing a stumbling block before the blind (Lifnei Iver), 4) accepting a bribe (Shokhad), and 5) deception and undeserved goodwill (Geneivat Da’at).

Sanders is not a Talmudic scholar (he’s not even religious, nor am I), and Clinton is not obligated to care what long-dead rabbis would have to say about taking money from special interests. But there’s an important lesson in the very fact that ethical scholars see conflict of interest as such a multi-faceted issue. Clinton was asking Sanders for hard evidence that she’s guilty of Shokhad (bribery). But Sanders’s accusation is more in the way of Nogea B’Davar (being an interested party) and Geneivat Da’at (deception and undeserved goodwill).

Clinton takes big speaking fees from the finance industry, and she claims that these fees do not affect her decisions about how to regulate that industry. Clinton may, from the depths of her very soul, believe this to be true. But meaning well and avoiding compromising situations is not the same thing.

Nogea B’Davar means that, in some situations, neutrality cannot be assumed. For example, according to Jewish law, a man cannot testify for (or against) his own relative. It doesn’t matter if the whole community vouches for the testifier’s honesty. It doesn’t matter if he’s never told a lie in his life. His conflict of interest is implicit. Pointing out that conflict of interest is not a smear. It’s just the application of a universal standard. Thus, a politician speaking to a powerful group with an active interest in politics cannot be said to be neutral, no matter how much she may feel that she is.

V’hiyitem N’keyim means that people in positions of responsibility are obligated to avoid situations in which impropriety is even possible. For example, people in charge of a charity that gives food to poor people cannot take the leftovers home for themselves. Note that the rule doesn’t say that they can’t steal the food. That’s understood. What V’hiyitem N’keyim forbids is bringing about a situation in which it’s even possible for someone to make the accusation. The fact that Clinton has put herself in a position to warrant this controversy is a problem in itself.

Lifnei Iver means you shouldn’t take advantage of someone else’s myopia. Sometimes that means that you don’t let a blind person run into a wall, even if it would benefit you to see that person hurt. But sometimes it means that you shouldn’t allow people with a narrower perspective than your own to get themselves into trouble. For example, investment firms that encourage low-income people to finance houses at rates they can’t afford might be accused of Lifnei Iver. Clinton didn’t do this herself, but a close affiliation with Wall Street may be associated with this practice.

Geneivat Da’at means that it’s not okay to allow other people to be deceived by you, even if the deception wasn’t malicious on your part. It also means that you shouldn’t conceal the primary purpose of your actions. Here, it’s appropriate to consider Clinton’s speaking fees from Wall Street’s point of view. What did the financiers think they were getting for their money? Influence. Clinton says they didn’t get it. But if not, she was deceiving them. This may not be a terrible sin. But which is harder to believe: that Clinton was lying to the financiers, or that they knew exactly what they were getting?

It’s even worth examining the most damning variation, Shokhad (accepting a bribe). I don’t think Clinton has taken any bribes, nor has Sanders accused her of doing so. But in the Talmudic sense, a bribe isn’t just money taken for the wrong reason. It’s money taken in the wrong situation. A judge might be offered a bribe to free a defendant; even if the defendant is innocent, and was going to be freed legitimately, it’s not okay for the judge to take the money. Clinton is not a judge, but she is a person of considerable power, and she may soon have a lot more. Bribes aren’t always labeled. They don’t have to be.

To be clear, Sanders is not a Talmudic scholar, and the United States is not run by Talmudic law. I’m not saying that these rules should be enforced by the police. But it’s instructive to discover that even scholars living in pre-democratic societies had a more nuanced sense of “conflict of interest” than the one currently bandied about in American politics. Perhaps we still have something to learn from them.

Michael Bennett Cohn is a digital media consultant based in Brooklyn.