Can Supreme Court Take a Lesson from Jewish Law on Scalia Replacement? 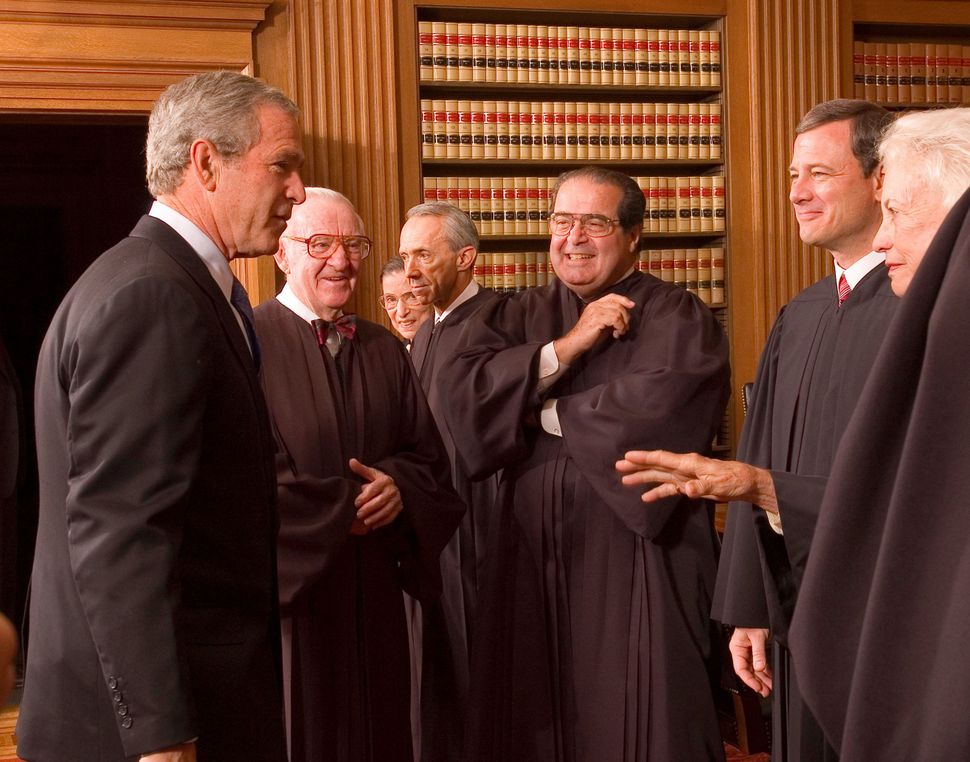 Within minutes of the announcement of Justice Antonin Scalia’s death, the wrangling started. Should President Obama nominate a successor in an election year? Should the Senate give the president’s choice a respectful hearing?

I don’t have much to add to these debates. But I do worry about our current distorted sense of the relation between the political process, the Court and the rule of law.

I clerked for Justice William J. Brennan in 1982 and 1983. When John Paul Stevens retired a few years ago, he was the last of the Justices who had served with Brennan during the year I clerked. Scalia, who joined the Court in 1986, was the first new Justice appointed after my time.

When I clerked, the Supreme Court was ideologically divided, as it is now. And ideology helped shape legal doctrine. There’s no getting around that. Yet relationships crossed ideological lines. Brennan and Justice William Rehnquist, who often disagreed, were friends, much as Scalia was famously Ruth Bader Ginsburg’s “best buddy.”

More important, Brennan’s assessment of his colleagues, and our view as clerks, did not reduce to ideology. We valued principle. That’s one reason that Rehnquist and Brennan liked each other. We valued intelligence and creativity. Justice Stevens was a judicial maverick, but always interesting. We valued the ability to connect law to experience. Thurgood Marshall, who had been the nation’s leading civil rights lawyer and argued Brown v. Board of Education, brought the weight of his life to the bench. We valued decency. We had less respect for Justices who were petty or mean or who voted on the basis of whim or prejudice. Brennan himself was gentle but determined — a leprechaun with a conscience and a theory. He was an unabashed liberal, but a liberal in the law.

Justices evolved, and we understood that to be proper and natural. My boss, appointed by President Eisenhower, came to the Supreme Court as a work in progress. Byron White, appointed by President Kennedy, had grown more “conservative” over the years. Harry Blackmun, appointed by Richard Nixon, had become more “liberal.” Neither was accused of betraying his party. Sandra Day O’Connor, a Reagan appointee who had joined the Court the year before, remained a bit of an enigma, and she loved the role. Justices could influence each other, even if it took years. The ideological blocs were never entirely rigid. In one case, Brennan wrote a majority opinion joined only by the “conservatives” on the Court, and we got a kick out of that.

The year I clerked, Brennan, who had once consistently spearheaded Court majorities, was often in dissent. He was not happy about that. But he also saw it in perspective. The pendulum swung back and forth, and each victory still mattered. Nobody thought that either a liberal or a conservative apocalypse was at hand.

Since my clerkship, I’ve thought more about Jewish law. Jewish tradition has some remarkable things to say about judges and judging. The Torah, for all its concern for the poor, still warns judges not to “favor the poor or show deference to the rich.” Fairness is paramount. The Talmud suggests that no rabbi would be appointed to the Sanhedrin, the high court, unless he could produce good arguments both ways on whether a reptile was ritually unclean. Judges had to appreciate that no answer was beyond doubt. And in one of the most famous Talmudic stories of all, the majority asserts its independence over even a voice from heaven.

These days, the most influential rabbis hold no official appointment. They are recognized for their learning, brilliance and sensitivity. Obviously, a secular legal system works differently. But in most of the civilized world, judicial selection is merit-based and professional. Lord Phillips, the retired President of the Supreme Court of the United Kingdom, said in a lecture that he never saw political considerations intrude into judicial selections.

Our Constitution requires politicians to pick judges. There’s some wisdom in that populist instinct. In recent years, though, the process has morphed badly. It looks for Justices who are predictable, whose views are set, and who also have the sort of narrow career track that will ease their way to confirmation. I suspect that the dynamics on the Court itself are not very different from when I clerked. But too many external players no longer value independence, open-mindedness or a judge’s capacity to grow and learn.

Yes, the president should go ahead and nominate someone to the Supreme Court. And the Senate should do its duty and take up the nomination. But the real question is whether we can reboot the whole process, or whether the Supreme Court will continue to be another victim of our hyper-partisan and cynical age.

Perry Dane is a professor of law at Rutgers Law School.

Can Supreme Court Take a Lesson from Jewish Law on Scalia Replacement?