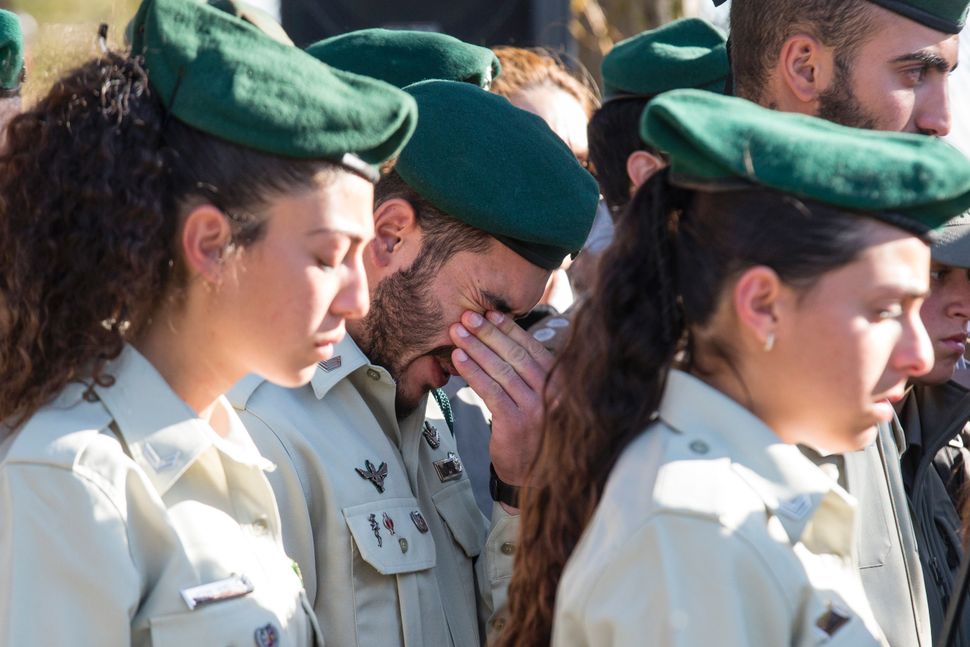 Even though Israel does not have a formal Constitution, like the United States does, freedom of expression is inherent in our Basic Laws. In 2014, Freedom House ranked Israel as having the only free press in the Middle East. Four other countries — Algeria, Kuwait, Lebanon and Tunisia — were ranked “partly free.”

Yet a recent episode between the Israeli government and the foreign press placed Israel in a problematic light.

On February 9, the Knesset Foreign Affairs and Defense Committee summoned heads of the Foreign Press Association to the Knesset for a hearing. The event was initiated by MK Tzipi Livni (Zionist Union), who was troubled by a headline published by CBS in early February following a terrorist attack that killed border policewoman Hadar Cohen in Jerusalem. The headline read, “Three Palestinians killed as violence grinds on,” when in fact the three Palestinians had attacked Cohen and her colleagues, injuring others and killing Cohen before being neutralized.

CBS changed the headline after receiving multiple complaints by media watch groups and the Israeli Government Press Office, and after Cohen’s death was confirmed.

The Knesset hearing came less than a week after GPO Director Nitzan Chen threatened to revoke credentials from reporters over inaccurate reporting.

The CBS headline was certainly problematic, and it is not the first time that Israel has been unfairly maligned in the media. Chen told the Knesset members during the hearing, “There have been four or five incidents [in recent months] in which headlines after a terrorist attack were so twisted that news consumers in that country have received the opposite impression.”

Israel receives more-than-average media coverage for a country of its size. A Google news search finds there have been approximately 4,420,000 articles written about the Syrian civil war, which has killed anywhere from 200,000 to 600,000 people in the last four-and-a-half years, whereas there has been almost as many written about the “Israeli conflict” in the same time period: 3,740,000.

Nonetheless, the GPO’s role is to handle media relations for the government and the Knesset and to issue press cards — not to evaluate reporters. Unfortunately, there are no laws or even general guidelines governing the GPO’s decision-making process. But certainly the GPO — or the government or legislators — should not be able to invalidate a journalist’s press card because it does not like the way the reporter writes about Israel.

In 2002, the GPO revoked the press card of Palestinian journalist Layla Odeh of Abu Dhabi Television on the grounds that she was broadcasting false information and inciting against Israel. Odeh appealed to the Israeli Supreme Court. While the petition was ultimately dropped, the Supreme Court then made an important statement: Revoking a journalist’s press card is taking away his/her freedom of the press. When the GPO countered that a journalist without a press card could still express him/herself, the courts found that without a press card it would be unfairly challenging for a reporter in Israel to do his/her job.

While Livni might be correct that the way the foreign press reports about Israel could lead to Israel being unfairly subjected to international inquiries by the International Criminal Court (ICC) or worse, Israel is a democratic country and we have democratic tools at our disposal to combat media bias.

First, the laws of malice and libel should be leveraged against any reporter who appears to repeatedly report lies. And the military censorship should be able to ensure that information that could be dangerous to Israeli security does not get out.

Second, Israel should more effectively support the work of media watch groups, such as CAMERA, Palestinian Media Watch and Honest Reporting. When properly positioned, these watchdog groups have the ability to influence public opinion and to put pressure on media outlets to correct wrong reporting.

Finally, we are in the digital era, in which social media is one of the most successful and influential tools for public shaming and information dissemination. The GPO, Knesset, IDF and any civilian who feels inaccuracies are being reported should take to Facebook and Twitter to correct wrongs.

These lessons are important not only for Israel, but also for all democratic countries. Since 2013, U.S. press freedom has likewise begun to erode. In 2013, a year highlighted by attacks on whistleblowers and digital journalists and revelations about mass surveillance, Reporters without Borders dropped the U.S. freedom of press rating 13 spots, to No. 46.

The Knesset does not have the right to summon journalists to the Knesset to talk about how they are doing their jobs. If Israel — or any other country — wants to take a stand against false reporting, it should use public and appropriate platforms to get that job done. Anything else is undemocratic and, quite simply, wrong.