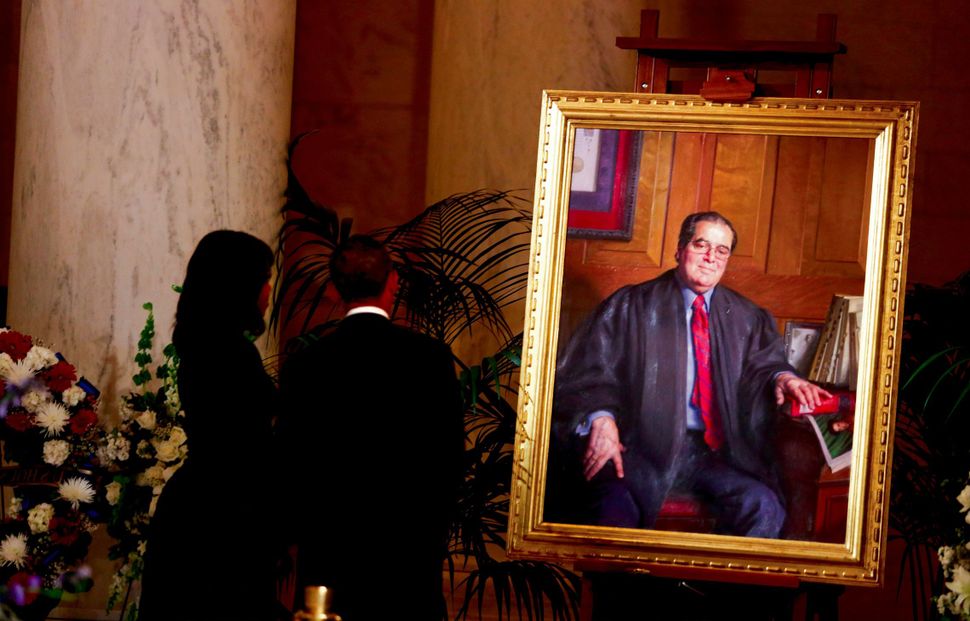 Dozens of Republican senators, many professing religious piety, have stated that they will not discharge their duty set forth in the Appointments Clause of the U.S. Constitution, which reads, in part, “The president shall nominate, and by and with the Advice and Consent of the Senate, shall appoint… Judges of the Supreme Court.”

Have they considered the religious consequences of their inaction?

When United States senators take office, they say this oath: “I do solemnly swear (or affirm) that I will support and defend the Constitution of the United States against all enemies, foreign and domestic; that I will bear true faith and allegiance to the same; that I take this obligation freely, without any mental reservation or purpose of evasion, and that I will well and faithfully discharge the duties of the office on which I am about to enter: So help me God.”

The oath has evolved over the past 200 years. The constitution doesn’t specify any wording. For a while, only the first part of the sentence was used; it was expanded greatly in the civil war.

In its overall form, though, the oath draws on earlier common law, canon law and, ultimately, biblical formulations. “When a man vows a vow unto God, or swears an oath to bind his soul with a bond, he shall not break his word; he shall do according to all that proceeds out of his mouth,” reads Numbers 30:2. And indeed, there are dozens of oaths sworn in the Bible, including many by public officials. Some are nedarim, obligations placed on things, and others shvuot, oaths binding a person. An entire tractate of the Talmud, Nedarim, was devoted to this one subject (mostly in the context of commercial transactions).

The rabbis were so worried about oaths because they regarded them so seriously. Effectively, an oath became as binding upon the individual as a commandment. Yet while God alone makes commandments, any fallible human can make an oath, sometimes with disastrous (the rabbis believed) consequences.

The congressional oath of office is no different. Without precedent in rule or custom, to refuse to uphold Article II, Section 2, of the Constitution is a violation of an oath taken in God’s name.

Of course, the Senate sets its own rules for how to discharge its duties. One of those customary and unwritten rules, although it has never been obeyed with much regularity, states that in the last few months of an election year, lifetime appointments are not to be made by the president. Thus Vice President Joe Biden’s recently surfaced video from 1992, the last year of George H.W. Bush’s presidency, urging him not to fill a Supreme Court vacancy should one arise.

But that speech was given at the end of June. Never before has this “rule” — named the “Thurmond Rule,” incidentally, after avowed segregationist Strom Thurmond, who sought to prevent the liberal, Jewish Abe Fortas from becoming a Supreme Court justice — been applied in the first half of an election year. Hence Justice Anthony Kennedy’s confirmation earlier in 1992.

Nor are filibusters, which are part of Senate rules, similar to the current state of affairs. What we are seeing before us in the weeks after the death of Justice Antonin Scalia is a wholly unprecedented refusal to uphold the sacred oath of office.

Because of our present political alignment, you won’t find many people making this particular point. The people who take traditional religion seriously tend to vote Republican. And to the extent they are informed about the Supreme Court, they know that the next appointment may shape the court’s ideology for decades, preserving women’s reproductive freedom, perhaps limiting (as before the Citizens United case) the role of money in politics, even recognizing that the Second Amendment has nothing to do with individual gun ownership and that the court (in an opinion by Scalia) erred when it held that it did.

So a sacred oath, sworn “So help me God,” gets a pass. Compared with values supposedly ordained by God (though I missed the verse about keeping an AK-47 in the house), an oath sworn directly to God seems secondary.

Progressives aren’t saying anything either. We may not like what the Senate is doing, but the last thing an American progressive wants is to highlight the religious nature of the oath of office. (Besides, maybe some liberal senators merely “affirmed” it anyway.) No, let’s leave the God talk for the Bible-beating crowd.

This is a mistake. We may not like the intertwinings of church and state that the oath of office represents, but abdicating religious discourse to one side of the aisle robs liberals of a powerful moral argument. Fulfilling one’s responsibilities is, in the context of swearing an oath, a moral issue as well as a professional one.

After all, surely the point of oaths of office, which have existed since the Founding and which no more violate the separation of church and state than “In God We Trust” on nickels and dimes, is precisely to mingle the personal and the professional when it comes to our public servants.

It’s understood that political winds can blow strong and hard. The oath, ceremonial as it may be, is meant to be a reminder that there are more deeply rooted values at stake as well. We want our representatives to feel personally, morally and religiously required to fulfill their duties, precisely because we know that there will often be strong temptations not to do so. The oath is meant to evoke the profound moral convictions — religious or secular — of the person who swears it. The oath stands as a reminder to representatives and constituents alike that there are duties to fulfill, even if we’d rather not fulfill them, and that those duties are to be considered sacred.

It’s meant, in other words, precisely for situations like this one.