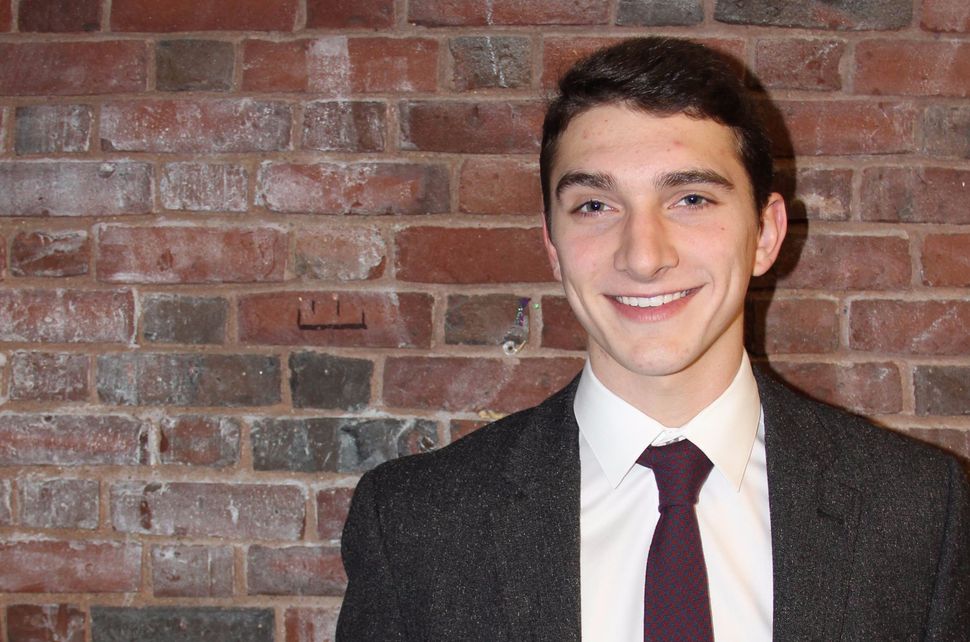 Image by Courtesy of Gabriel Goldstein

When I embarked for college at the very liberal Brandeis University, I was told I was heading into a war zone. As I unpacked my boxes and bags, I expected nothing short of falling shrapnel and constant gunfire. But I felt little trepidation: I had undergone intensive basic training. I felt I was equipped with the knowledge I would need to hold my own in battles against the campus’s most active detractors of Israel.

In the early stages of war, my boots were strapped, my gun was loaded and my heart was bursting with a fiery passion to defend the state I was instructed to believe was a beacon of hope to non-democracies worldwide. I had the lines rehearsed, the statistics memorized.

But no war is easy or stagnant. The fighting intensified, the rhetoric hyperbolized and the claims grew multifaceted. Whereas initially bullets whizzed by my ears, bombs now began to fall, setting aflame all that I had rehearsed and toppling the foundation of knowledge I had built. Some claims were well outside the scope of my training. What’s worse, I found that some claims were true.

The most dreaded of my enemies were the traitorous ones: the Jewish students who abandoned their day school Zionist indoctrination and developed the chutzpah to magnify Israel’s shortcomings, much to the distaste of pro-Israel purists. They knew the ins and outs of their specific brand of activism — and now, I’m beginning to understand why.

These students come from factories of dogmatism: their homes, schools or Jewish communal institutions. They come from the world of pro-Israel propaganda. The narrative they hear is shortsighted and the education they’re fed is severely limited. Inevitably, when they stumble across an article, movie or other medium that reveals that there’s more than one side to the Israeli-Palestinian conflict, their edifice of banal platitudes and convenient hyperboles begins to crumble. They realize that objective truth is a farce, that nothing in life is black and white. As their concept of Israel begins to implode — a concept strategically molded by short-sided coursework and selective sourcing — they scramble to pick up the pieces.

It’s difficult for them to grapple with the reality that much of what they’ve been taught has been embellished. It’s preposterous to think that the people they once respected have veiled the truth. In their panic, the smart ones read more. They refuse now to accept anything at face value, and instead analyze sources and narratives that span the political spectrum. At a certain point, they find themselves sufficiently equipped to strategically regress to their former staunchly pro-Israel selves, only now with the advantage of anticipating responses and preparing counterattacks in debates. What’s more, they develop the elasticity to assume their new persona as progressive, critical activists in pursuit of a state truly worthy of being labeled the “light among the nations.”

These people have twice the knowledge your average day-schooler does. They understand the right, the left and the grey area between the two poles. Simply put, they’re faster, stronger and smarter than many of the robotic activists being pumped out of the pro-Israel establishment.

I understand the dynamic of this breed of activist because I am this activist. Raised on one narrative — that of Israel’s unquestionable moral superiority — and pushed down a path of acquiescence, I became the poster boy of the pro-Israel establishment. With a nice smile and the ability to confidently articulate my views, I was tapped as the next up-and-coming warrior of the right. But what became evident shortly after embarking for the purported war zone of Brandeis University was that the “intensive training” I underwent wasn’t enough to keep me from questioning — or from growing disenchanted with the pro-Israel establishment.

When I explain my transformation to my peers, who never fail to respond with shock and awe, I make it clear that I haven’t been swept up by hyper-liberal rhetoric. I haven’t burned my Israeli flag and walked away. Instead, studying the Israeli-Palestinian conflict academically has helped me understand its complexities in a well-rounded way. It’s opened my eyes to the shortcomings of the state I once so vigorously defended. I explain that I don’t believe these offenses are a deal-breaker because, after all, what country doesn’t have its unique struggles? But the fact that I was led to believe in a single, incontrovertible truth bred resentment and resulted in the sense of disenchantment I feel so strongly today.

SHARE YOUR CAMPUS STORY: Are you a Jewish college student? The Forward may want to publish your story. In 300 words, write about a defining experience you’ve had on campus that relates to your Jewishness or shaped it in some way — good, bad, or otherwise — and email it to opinion@forward.com

Not only is it deplorable to intentionally mislead curious minds, it is strategically self-defeating to equip pro-Israel youth with knowledge so narrow in scope that they’ll inevitably appear ignorant when squaring off against formidable opponents. At a certain point, emotion is insufficient in battles of wit. While I was flown around the country to undergo the training that so evidently failed me, I was hardly challenged to think critically. I was mechanized to regurgitate the same tired defenses of Israel’s shortcomings. Inquiry wasn’t necessarily suppressed, but it certainly wasn’t encouraged.

It’s clear to me now why so many day-school Zionists are leaving the purist stream of the pro-Israel community. They feel lied to. What a slap to the face to think that they can’t handle the tough questions and the bitter truth that nothing about the conflict is objectively clear! Their disenchantment escalates to resentment, and eventually they reach a place of distance from which they can’t come back. Even if love for Israel remains, they feel they have no business rubbing shoulders with the purists.

I can’t speak on behalf of them all, but I can say that my coping mechanism has been to leave behind the biased discourse of activism altogether. Instead, I’ve opted to study the conflict academically. Though I remain wholeheartedly pro-Israel, the pro-Israel establishment has lost me, a warrior who once manned its front lines.

If the pro-Israel establishment wants to breed activists truly equipped for the war that awaits them on college campuses, it must reconstruct its training programs. It must incorporate narratives from both sides, lay the facts on the table, acknowledge the impossibility of objective truth and encourage self-criticism, not simply pay lip service to it. It must challenge its warriors to open their minds, dig deeper and inhale information from all perspectives. If students do so, maybe they won’t feel misled when they stumble across alternative truths — and maybe they won’t leave it all behind.

Gabriel Goldstein is a sophomore studying psychology and politics at Brandeis University.