Can Reform Jews Win Battle for the Soul of Israel? 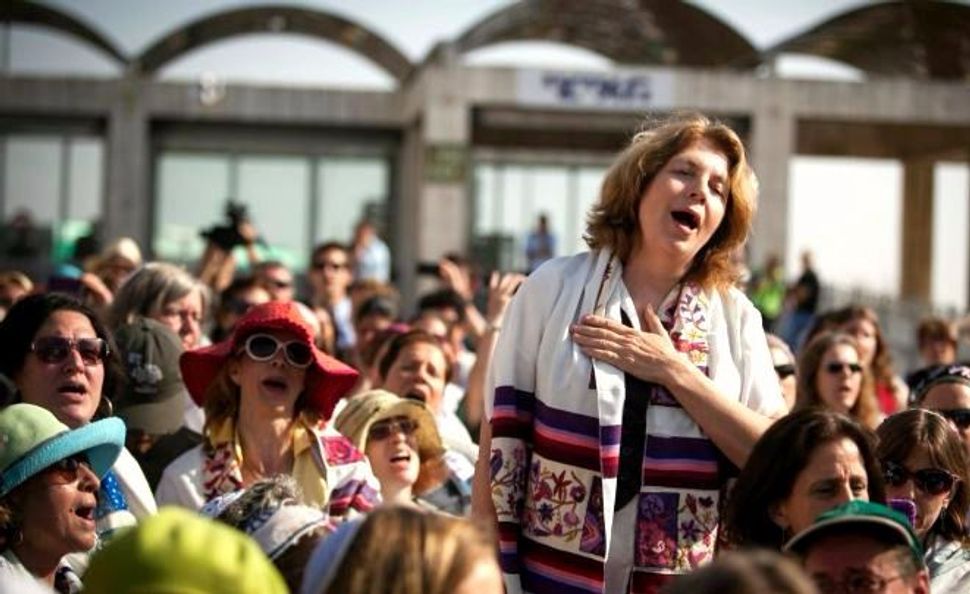 The attacks continue. I am speaking not of the violent physical attacks that have dominated the news in Israel lately, but rather the attacks by the Israeli Orthodox establishment upon Jews standing up for their rights. Jews striving to bring to fruition the words of Israel’s Declaration of Independence, which call for “complete equality of social and political rights” and “freedom of religion, conscience, language, education and culture.”

The world concentrates on Israel’s conflict with Palestinians, but the reality is that there is another war going on: one for the soul of Israel. And it is one that Orthodox Jews are waging with increasing fierceness.

Why are the Orthodox so afraid? Because Jews in Israel are pushing for a more pluralistic, inclusive Israel.

A 2015 poll conducted by the Hiddush, an Israeli advocacy organization, showed that 64% of Israelis favor recognizing all types of marriage, including civil, Reform and Conservative. And 64% of Israeli Jews, the highest figure ever, supported marriage or civil unions for same-sex couples.

Just two months ago, Prime Minister Benjamin Netanyahu enacted a policy change that will allow egalitarian prayer in a soon-to-be-created section at the southern part of the Western Wall, one of the holiest sites in Judaism. Weeks later, the Israeli Supreme Court banned discrimination against Reform and Conservative Jews in any public Mikveh, a ritual water cleansing.

That’s why 300 Reform Rabbis from around the world came to Israel two weeks ago to participate in the annual Convention of my organization, the Central Conference of American Rabbis (CCAR), held in Israel this year. We came to celebrate these progressive changes in Israel. We also came to learn more about the complexities of political and social issues, ranging from the future of the two-state solution to economic justice, and to hear of the remarkable Israeli innovations, creativity and accomplishments in technology, business, arts, and culture.

But we also came to lend our voice to the growing battle over the rights of Reform Jews, a movement that is growing quickly here—and one that will eventually, I believe, represent the majority of Jews in Israel, as we do around the world.

We Reform rabbis — men and women — stood alongside Israeli rabbis, activists and other Reform Jews praying at the Western Wall. The next day, more than one hundred of us participated in the Tel Aviv Marathon wearing t-shirts declaring “Reform Rabbis Moving Reform Judaism Forward In Israel.”

These moments were significant on their own. But even more important is what they say about the presence of the Reform Movement in a nation with an ongoing struggle for equal rights for all Jews. Achieving equality means representation, whether at the Kotel or the Tel Aviv marathon, as we overcome the monopoly on religious power long held by the Orthodox minority.

The change at the Wall is impressive. It is not a perfect solution, but it is a huge step forward for the values shared by most Israelis. And it is a sign that the balance may finally be tipping towards justice in Israel for all Jews, regardless of their way of practicing their Judaism.

Of course, peace between Jews and Palestinians is vital, and Reform Jews hold a myriad of views on how to best accomplish that goal. But it is not the only way in which Israelis are struggling to live up to our shared highest ideals.

What we saw at the Western Wall and the Marathon was something different. We saw symbols of an ever-changing, ever-evolving Israel – an Israel that aspires to be modern, tolerant and open. Israel is changing in ways we rarely acknowledge: toward a more diverse and, yes, progressive state defined by social justice and equality.

Rabbi Steven Fox is the Chief Executive of the Central Conference of American Rabbis.

Can Reform Jews Win Battle for the Soul of Israel?