After Protesting Trump at AIPAC, Will Rabbis Go Public With Their Politics? 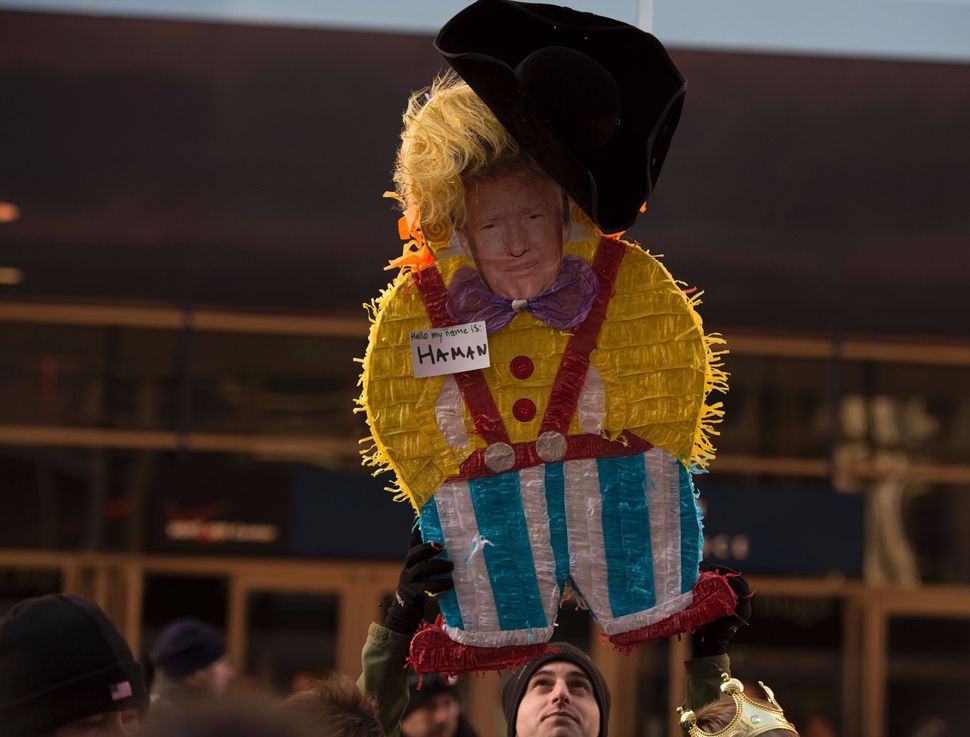 When the American Israel Public Affairs Committee invited Republican front-runner Donald Trump to address its annual policy conference, it unintentionally achieved something remarkable: The lobby spurred rabbis from across the denominational spectrum to express their political views in public — even if it meant catching hell from their congregants. This is the first time I can remember so many rabbis doing something so risky. And if we play our cards right, it won’t be the last.

In the lead-up to the conference, progressive rabbis David Paskin and Jesse Olitzky made national news, calling for Jews to of Trump’s appearance. In response, rabbis who might normally keep their heads down and steer clear of controversy instead lifted their voices to speak up against the presidential candidate’s bullying xenophobia. It wasn’t only the Reform, Reconstructionist and Conservative leaders who jumped into the fray; 40 Orthodox rabbis, including some not exactly known for dovish views, published an open letter denouncing Trump’s hateful rhetoric.

Although some of them have since met with praise from their congregants, others have not been so lucky.

“Some congregants have left the shul,” said Paskin, a former classmate of mine at the Academy for Jewish Religion. “‘We’re done,’ they say. ‘We’re gone.’ And the phone calls: ‘You’re an embarrassment.’ ‘I don’t want to be a Jew anymore because of you.’ ‘Go back to wherever you came from.’ ‘Nazi.’ That’s the piece that I’ve been struggling with — just how much hate there is.”

Rabbi Shmuel Herzfeld, a Modern Orthodox rabbi who was marched out of the AIPAC hall when he stood up to warn the audience that Trump is “a wicked man,” has been openly derided for his criticism of the candidate’s rhetoric. “There are at least half a dozen [of my congregants] who have publicly criticized me,” Herzfeld told me in an email. “But I don’t care. I am not in a popularity contest…. [It is] a religious imperative.” 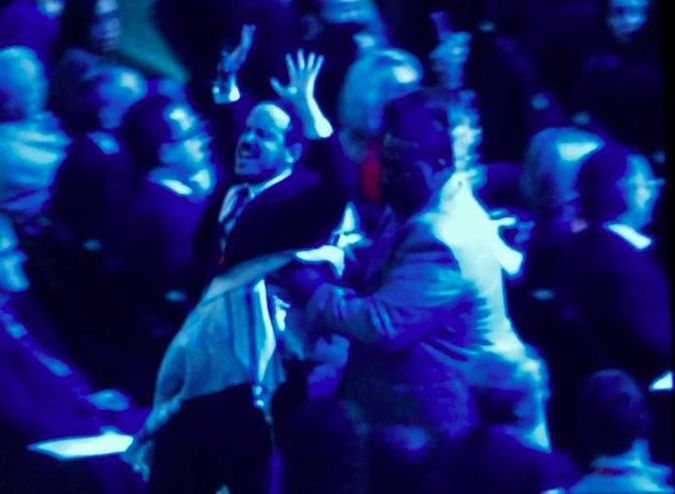 While my colleagues fought the good fight in Washington, I watched the conference from home. Despite the rabbinic protests inside the hall and outside it, the vast majority of the crowd at AIPAC was listening intently to Trump’s speech. Some even stood and cheered. As hard as that was to watch, I’ve tried to maintain compassion for my fellow Jews. Generations of trauma have led some of us to embrace a promise of strength and protection, even if that promise is illusory, built on hate and suspicion.

But when Jews applaud a demagogue, it’s clear that we as rabbis have work to do — to challenge our communities to live up to our best values. Or, in Herzfeld’s words, to fulfill our religious imperative.

“To be a Jew is not a mere part, it is the sum total of our task in life,” the 19th-century rabbi Samson Raphael Hirsch wrote. “To be a Jew in the synagogue and the kitchen, in the field and the warehouse, in the office and the pulpit… with the needle and the graving-tool, with the pen and the chisel — that is what it means to be a Jew.”

I became a rabbi because I believed in Hirsch’s concept of Jewishness, that Jewish discourse, in text and history, was a force for redemption in all realms of a broken world. I believed that people who trusted me to pray with them, to cry with them, to mourn with them would also trust me to learn with them, to act with them, to organize with them — to bring Jewish values to bear on social issues of moral import.

The reality, as I learned many years ago, is not so simple.

Back in my days as a student rabbi, I had the task one Friday night of introducing the prayer for peace in the evening service. I said that, with Israeli tanks in the West Bank and Palestinian suicide bombers in Jerusalem, praying for peace halfway across the globe might seem futile. But, I concluded, prayer isn’t subject to the laws of physics; it acts by the laws of spirit.

A few days later the senior rabbi summoned me to his office. He showed me a chain of emails back and forth among board members. How, one asked, could I equate Palestinian terrorism with Israel’s defense of its citizens? One suggested I not be allowed to speak from the bimah unless my remarks were vetted in advance. The senior rabbi promised to have a talk with me. For the moment, at least, I had avoided punishment. But the message was clear: Keep your politics off our bimah.

That same message resounds today, perhaps even louder now than it was years ago. Some Jews pressure rabbis to keep their political views — no matter how deeply rooted in Torah — to themselves, and threaten to complain to the board, to rescind dues pledges, to cancel memberships. And some rabbis, rightfully fearful of losing their livelihood, are cowed into silence. With rabbis across denominations joining forces to challenge bigotry and cynicism, we find ourselves in a crucible moment. Will American Jews finally liberate their rabbis, freeing them to teach a Torah of Jewish justice and righteousness? And will we rabbis reclaim our moral voice despite communal pressures to keep quiet?

This challenge extends beyond one election. Yes, Trump’s candidacy has united a great number of American rabbis in denouncing inflammatory rhetoric. But what happens next? Will rabbis who reject hate speech against Mexicans feel empowered, for instance, to confront our nation’s increasingly draconian immigration policies? Will rabbis who are rightly horrified by violence against protesters at political rallies be emboldened to challenge state violence enforced against African Americans?

They should be — we should be — emboldened, because the alternative is a grim one. When rabbis are browbeaten into prescribed roles as ritual functionaries, we abandon not only our Jewish ethical heritage, but also our nation. As increasing numbers of Americans find meaning in a politics of hate and suspicion, it’s clear that our land is in desperate need of Judaism’s timeless vision of holy justice. A Judaism that does not engage with politics does a disservice to both.

This country needs rabbis who will speak in a clear and principled voice. But that can happen only when we are liberated by our communities to do so, free of the threat of censure and punishment. American Jews, at long last, must internalize that message. And American rabbis must make sure that the risk-taking we saw at AIPAC was not a one-off but the beginning of a trend.

Mike Rothbaum serves Congregation Beth El, in Berkeley, California. He is the Bay Area Co-Chair for Bend the Arc: A Jewish Partnership for Justice. Follow him on Twitter @Rav_Mike

After Protesting Trump at AIPAC, Will Rabbis Go Public With Their Politics?