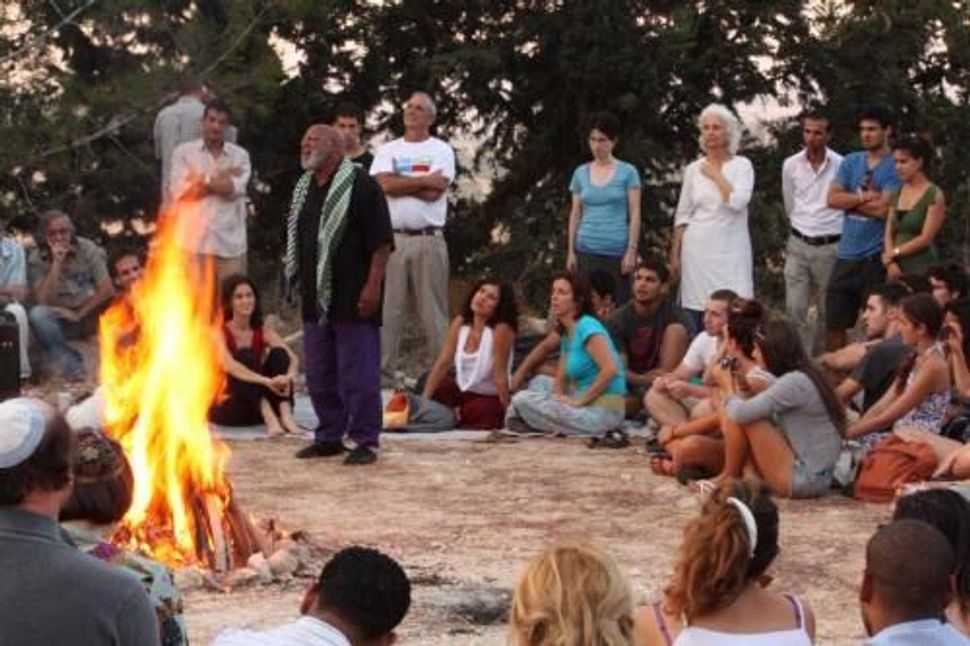 My daughter Aviv recently walked into a public bathroom and found a Palestinian cleaner at work, humming to herself. Suddenly, a voice from within one of the stalls cried out in rage: “You’re singing, huh? Probably celebrating the terror attack in Istanbul!” The Palestinian woman did not respond. Then, from the stall: “I’ll burn you alive!”

As Aviv objected to the voice in the stall, the cleaner moved on with her work, still humming. It ended there, but it’s only beginning out here. With , the flames of hatred are spurting ever higher.

And yet, this past Friday, members of the Sulha Peace Project, which I direct, met at the Gush Etzion Junction, where so many of the knifings, car-rammings and killings have happened. We gazed into the barrels of the tense soldiers’ rifles pointed at us from behind sandbags as we swung around the traffic circle. Just 200 meters from the junction, Palestinians from the area were gathering alongside the family and followers of Rabbi Menachem Froman, a settler leader who sought peace until his death three years ago. There were hugs and smiles from the glowing faces of these gentle religious men and women and their babies, as we sat down in listening circles to share what is in our hearts. Sulha activists were asked to facilitate the circles, and settlers, mainstream leftists and Palestinians listened devotedly to each other.

This all shook my paradigm, I’ll tell you. Settlers, glowing their humanity, sharing lunch with their Palestinian neighbors. Rabbi Froman would often say, “The Land of Israel does not belong to the people of Israel…. The people of Israel belong to the land.” The Palestinians have a parallel saying. Some of Froman’s people have gone out to the Palestinians’ fields to express their solidarity with the farmers, after bands of violent settlers sawed down their olive trees. Froman came to villages to condemn “price tag” extremists’ desecrations of mosques. They are seeking ways to be good neighbors. These young settlers don’t accept that their living in Palestine is an obstacle to peace.

Years ago, Froman told Yasser Arafat that he intended to remain in his settlement in Tekoa, even after the establishment of Palestinian rule through peace negotiations. Arafat warmly promised to appoint him minister of settler affairs in his future government. What an alternative scenario! Perhaps even Arafat saw possibilities beyond two states for two peoples. 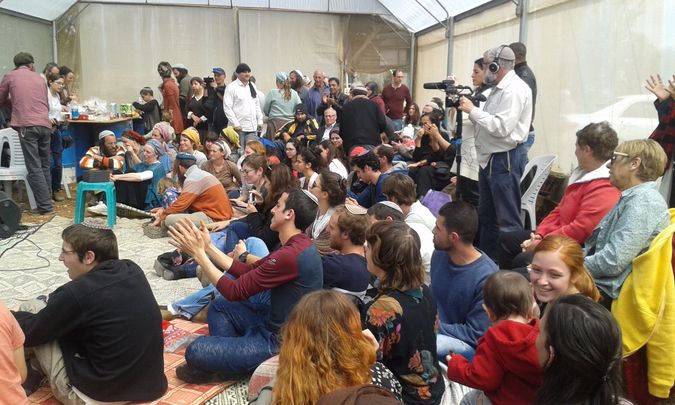 Participants gather for lunch with the Sulha Peace Project. Image by Courtesy of Yoav Peck

We all need to be rethinking our thinking. It’s tough, like asking fish to observe the sea in which they’re swimming. We’ll have to stretch, like those flying fish that leap and whisk above the water’s surface. We need to rethink the “solution.” And we leftists must also look deeper to rethink our way of approaching people. For so long, we have clung to only the two-state solution, adamantly insisting that this is the only way, disparaging those who disagree, comfortable in our righteousness, which has only poured fuel onto the fires of hatred among those who disagree.

At the Beyond Persuasion project, another group committed to learning and training activists in the art of reaching out effectively to the public, we seek to unlock the secrets and develop the skills of being with people in a way that opens space for us all to become peacemakers, which will only be possible when we acknowledge even the settlers’ longing for peace. Together with some colleagues, we’ve been doing workshops for activists and educators to assist them in creating new approaches to reaching out to the other, to the people with strong right-wing views, the zealots, and the moderate, fearful, security-obsessed citizens.

This is a long haul. It will take time to rescue Israeli society from our drift into intolerance, ever-mounting xenophobia and resignation about the future, especially when we have a prime minister who promises that “we will live by the sword forever.” We require an awakening, and in approaching our fellow Israelis we will have to acknowledge our own uncertainty as we grope to define the road forward.

But as they say in discussions of nature versus nurture, if we learned to be frightened and violent, we can also unlearn these distortions and replace them with courage and the will to resolve conflict in humane, hope-giving ways. The status quo is not a choice. The future is in our hands.

Yoav Peck is director of the Sulha Peace Project. He blogs at www.jerusalemheart.wordpress.com