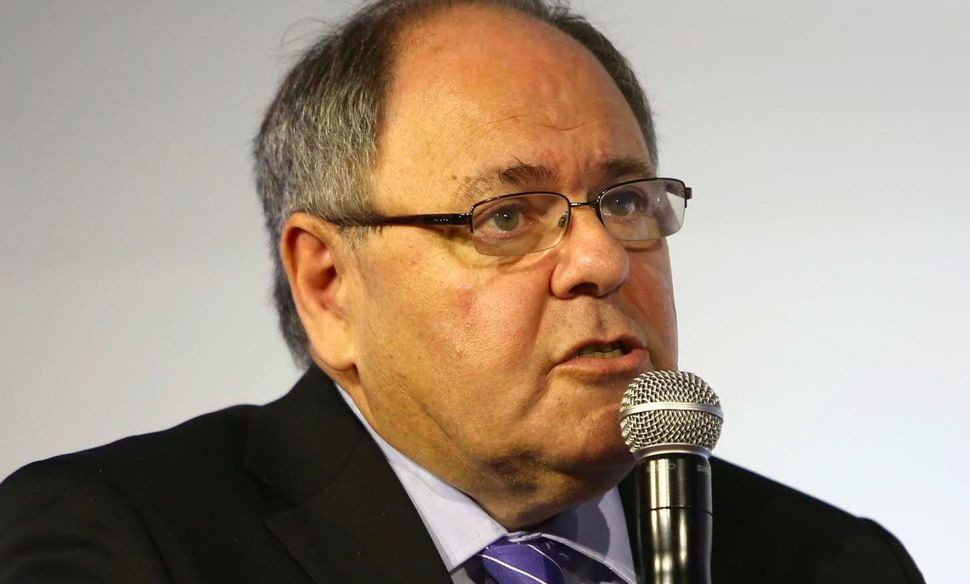 Israeli Prime Minister Benjamin Netanyahu’s decision to appoint settler leader Dani Dayan, former head of the Council of Settlements, as Consul-General in New York, is a poor choice — and it reveals much of what is so wrong with his administration.

Netanyahu seems to have an almost messianic belief that he is the only person who can save Israel and the entire Jewish people from the threats that we face. He acts as if he, and he alone, must rule for as long as God grants him. To remain in power, he is willing to undercut democratic processes, foment distrust of the Supreme Court, exacerbate social rifts and ethnic tensions, and undermine the free press. He is willing to paint dissent as treason, and to resort to tactics rather than strategy.

Netanyahu’s power is maintained by arithmetic and calculus, by constant sets of calculations as to how to keep his testy coalition in order. He is willing to disregard the opinions of a majority of the electorate and backtrack on promises (such as his promise to support the egalitarian Western Wall) if that will get him the numbers he needs to ensure his majority.

His appointment of Dayan as Consul-General is just one more tactical move.

First, because the appointment is merely a face-saving measure. Netanyahu had originally appointed Dayan as ambassador to Brazil, but Brazil wouldn’t approve him. Since Consuls-General, unlike ambassadors, do not have to be approved, Netanyahu blinked — but only a quick, tiny half-blink — and appointed Dayan to New York City. Furthermore, Dayan was appointed because Netanyahu wants to appease and placate the extremist, settler-supporter components of his coalition. And, as Netanyahu has said publicly, when he wants something, he gets it.

Dayan’s appointment sends clear messages to Israelis, to the diplomatic community and to the American Jewish community.

To Israelis, Netanyahu is saying that he is unwilling to transcend arithmetic tactics, and that foreign policy is little more than another variable in his constant calculations. If sending a settler leader — who makes no distinction between Israel and the West Bank — means that he is ignoring the opinions of a significant segment of the Israeli population, well, so what?

To the diplomatic community, he is saying that he thinks he can do whatever he wants because history (and arithmetic) are on his side. The United States has repeatedly stated that settlements are an obstacle to peace and must be removed. Dayan wrote in an oped in the New York Times that settlements are a solution rather than a problem and that Israel’s claim to the entire West Bank is “unassailable.” If Netanyahu’s diplomatic envoy represents positions that contradict and disrespect U.S. policy, well, so what?

As Consul-General, Dayan will have little or nothing to do with the U.S. political or diplomatic establishment; his primary responsibility will be vis-à-vis the largest American Jewish community. If the Consul-General’s positions are at odds with the political positions and zeitgeist of the majority of New York Jews and this could deepen the rift between American and Israeli Jews, well, so what?

As a journalist, I have met Dayan numerous times. He is friendly and forthcoming, with a ready sense of humor and a gentle, almost tender, manner. He is willing to engage and to debate, and he listens.

But two of his recent statements show that Dayan will be a loyal messenger for his master, not only in substance but also in style.

Like Netanyahu, Dayan is willing to be divisive. In a recent interview on Israel’s i24 News, he said that he prefers “the attitude of AIPAC to that of J Street that endorses all the anti-Israel candidates — the more anti-Israel you are the more you are endorsed by J Street. That’s un-Jewish.” (He later added that what he’d said was “somewhat undiplomatic” — but he didn’t apologize.)

Like Netanyahu, he is willing to be vindictive. “Those who did not want me in Brasilia, capital of Brazil, will get me in New York, the capital of the world,” he told a conference in Tel Aviv earlier this week.

Louis XIV is reputed to have infamously said, “L’etat, c’est moi.” Netanyahu is not a despot; he’s a democratically elected leader. Yet, he does sometimes acts as if “L’etat, c’est Netanyahu” — as if he and the state are inextricably fused together, and so he can make over the country in his own image. If it’s an image that displeases much of the local, world diplomatic, and American Jewish communities, well, so what?

That is what I fear the most. Please don’t disengage. Instead, please challenge, argue, complain, protest and demand that your voices be heard.

Louis XIV also reputedly said, “Je m’en vais, mais l’État demeurera toujours” (“I depart, but the State shall always remain”). Netanyahu will depart some day, too — and Israel will remain. What kind of Israel it will be, and what kind of relationship it will have with the rest of the word — well, that will be up to all of us.