Does Donald Trump Respect Women More Than Pro-Lifers Do? 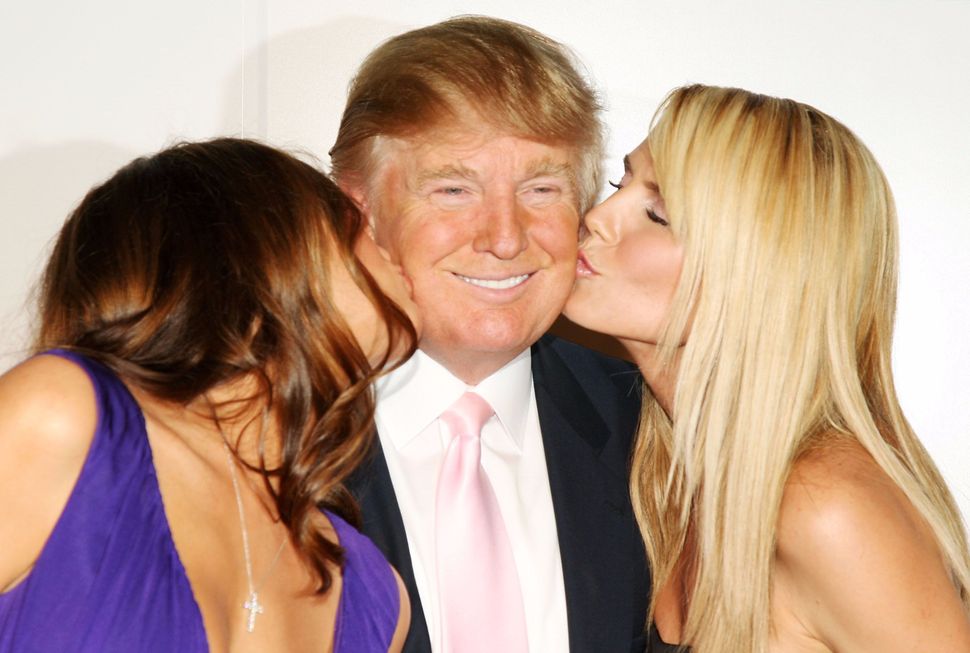 Donald Trump’s candidacy has revealed many things, but I don’t think anyone expected it to cast a harsh light on the misogyny of the pro-life movement. Interestingly, the pro-lifers’ conundrum has a Jewish precedent.

The latest controversy (of how many? I’ve lost count) started at the March 30 Republican Town Hall, in which Trump, clearly contemplating the issue for the first time in his life, opined that, well, yes, women should be punished for having abortions.

Little did Trump know that this is contrary to pro-life dogma. You can understand his mistake: Normally, when people commit crimes, they are punished for them. And if abortion is to be criminalized — as it would be in many states within a few years of a Republican presidency — then all parties to the crime should face justice.

But that is bad optics. Pro-lifers want to be seen as protectors, not punishers, of women. And so instantly the Susan B. Anthony List, National Right to Life, the March for Life and other pro-life organizations (funded by the same network of billionaire conservatives as the Citizens United litigation, the Tea Party, the opposition to Obamacare and the opposition to hearings for a new Supreme Court Justice) issued press releases condemning Trump’s remarks. Said the director of the Susan B. Anthony List, “we have never advocated, in any context, for the punishment of women who undergo abortion.”

Trump soon recanted — in his now-familiar style of denying he had ever said what he quite clearly did say.

But wait a minute. While evil abortionists and female victims may make for good politics, this is shockingly bad morality. Women who make conscious, thoughtful decisions to terminate a pregnancy are actually mere victims of male puppet-masters? They have no moral agency whatsoever?

By this logic, presumably women also have no moral agency to consent to sex or to withhold consent. And that’s no coincidence; this is the same pre-modern reasoning that holds that men own their wives and may do with them as they please, or that women are too “sentimental” to vote.

Incidentally, the pro-lifers’ claims are also factually incorrect. As the hardworking muckraker Peter Montgomery recently noted in The Daily Beast, women are actually being prosecuted for murder for having abortions, on the basis of “fetal personhood.” But that’s probably beside the point.

In a way, you can understand the pro-lifers’ dilemma. They’re caught between two anti-women alternatives. Either our government should punish women for having abortions, or the government should regard them as victims, not responsible for their actions. Either way, women are mere objects in the hands of men. But at least in the latter case, they are only demeaned, rather than imprisoned.

Jewish law has long grappled with these same questions, with varying degrees of egalitarianism. On the one hand, classical rabbinic sources often regard women as less responsible than men. Women cannot be witnesses in most legal disputes, for example (a particularly odious disadvantage in cases of sexual assault). They are, in the pre-modern period, property of other men: first their fathers, then their husbands. Indeed the Hebrew word for husband is still baal, which means master or owner.

On the other hand, perhaps Jewish law’s most proto-feminist institution is the marital contract, which provides a kind of prenuptial agreement to protect women in case of divorce. Of course, that protection is in the context of only men being able to grant divorces, forcible intercourse not constituting rape when the victim is married to the rapist, and women being purchased in the wedding contract like chattel — but at least it’s something.

Likewise, the biblical story of the daughters of Zelophechad not only allows for women to inherit property, but also depicts women possessed of precisely the kind of moral and legal agency that the pro-life movement denies them.

None of this is to say that the patriarchal Jewish tradition has always (or often) treated women well; it clearly hasn’t. But it is to note that even this dubious tradition fares better than today’s pro-lifers.

Perhaps the most insidious aspect of the pro-life position, though, is how it masks its violence against women in the garb of protecting women. The conundrum of whom to punish casts this violence in high relief: women must be subject either to state violence or to state dehumanization. But we see it again and again and again.

Or consider the state of Texas’s ludicrous regulations for abortion clinics, which would cause the vast majority of them to close. Here again, denying women access to reproductive healthcare falls under the banner of protecting women from harm.

This, too, has Jewish precedent. Traditional Jewish law requires women to cover up their bodies in order to protect them from insatiable male libidos. (Ironically, here it is the agency of men that is denied, since men are assumed to have no power to control themselves.) It exempts women from various commandments so they can be “free” to run their homes — and, coincidentally, far away from centers of communal power. Time after time: Restrict in order to protect.

And yet, Judaism has moved on. American Conservative and Reform Judaism have now had almost total gender equity, at least formally, for decades. And while it may seem reactionary to outsiders, Modern Orthodoxy too has evolved on issues of gender equity, at least mitigating some of the most egregious aspects of Jewish law, educating women, and supporting a full range of women’s lives in the secular world. Outrages remain (agunot, abuse and so on) but at least there is a sense of crisis.

But here we are, in 2016, and Republicans are choosing between the most vulgar chauvinist in recent political memory and a theocrat who would “protect” women by restricting their freedom and denying their capacity for moral choice. And the cruelest irony of all? At least the chauvinist thinks women are people.

Does Donald Trump Respect Women More Than Pro-Lifers Do?