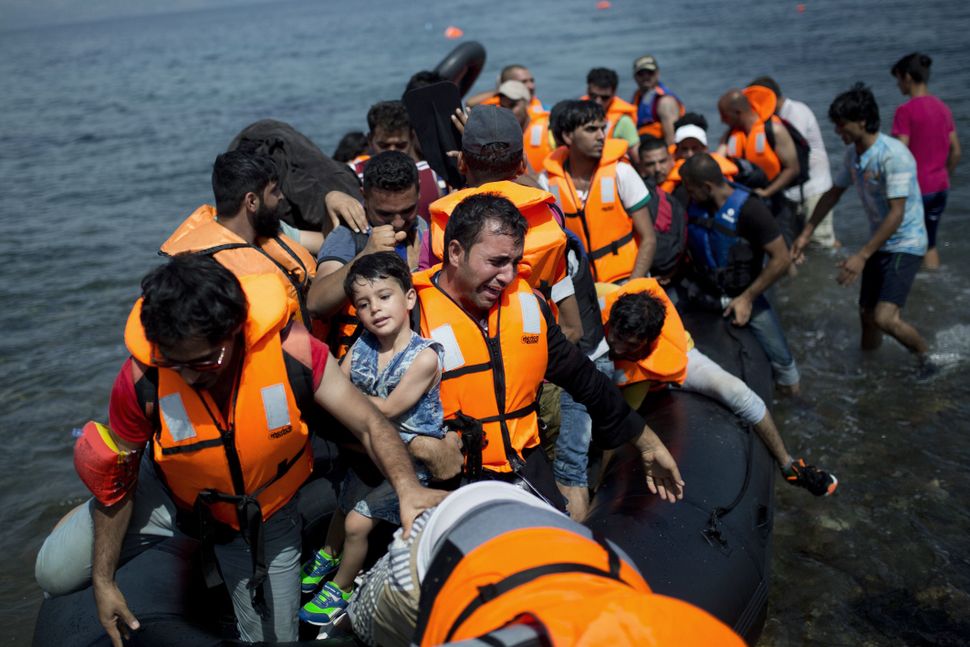 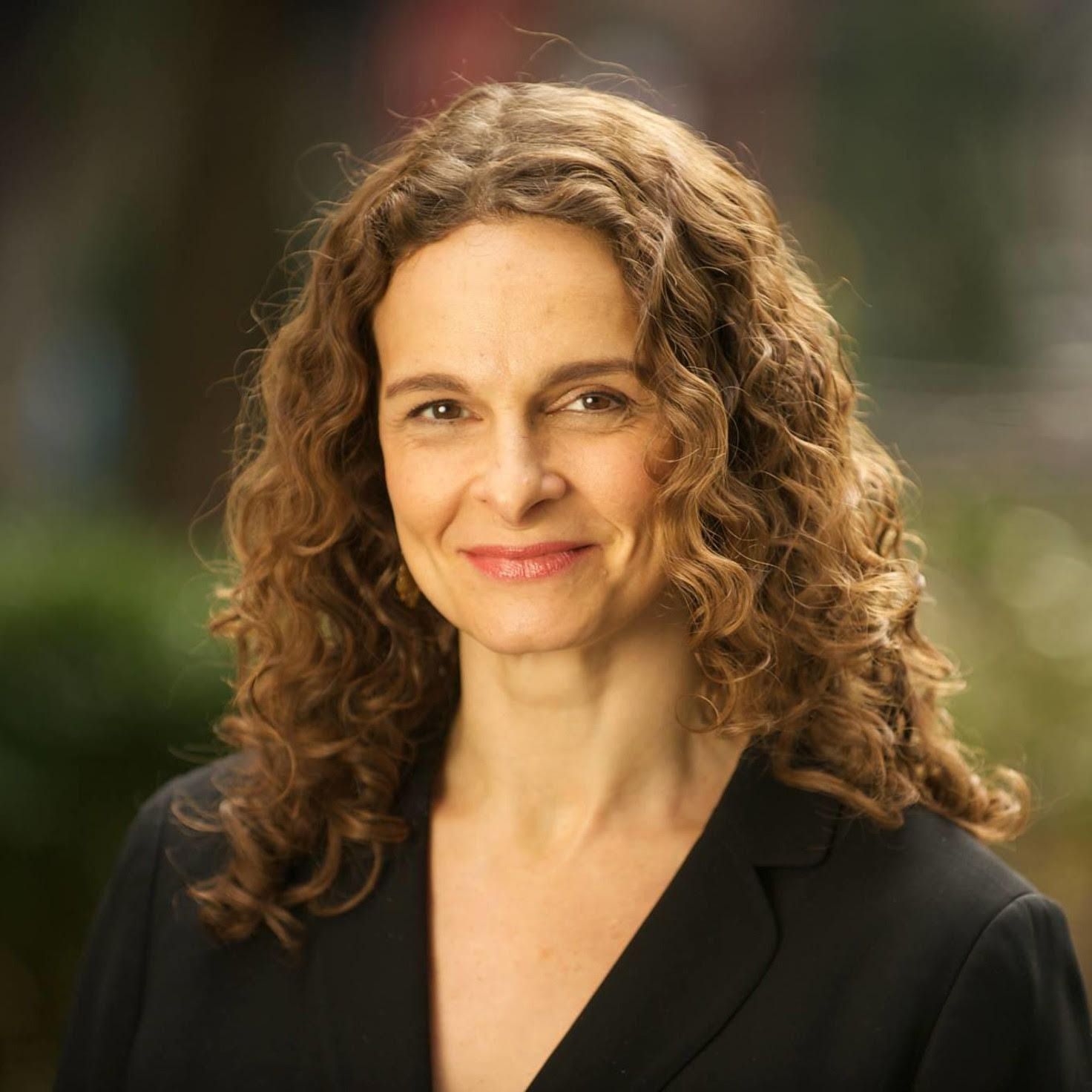 Each year at Passover we gather together with family and friends to retell the story of our persecution and exodus from Egypt to freedom. For many, a particular highlight of the Seder is the singing of Dayenu. “If God had freed us from slavery in Egypt, but not given us the Torah, a new home, a new start,” we proclaim, “it would have been enough.” But is this true? Upon our ascent to dry land on the other side of the sea, is this when we, the ancient Israelites, achieved freedom? Was this enough?

As a people who have been persecuted and displaced again and again throughout history, the Jewish community has been especially moved by the plight of today’s refugees. Every day, we are confronted with the faces of people whose stories mirror our own Exodus. Today there are 60 million people who have left everything they know behind, and fled in search of safety. And every day, an additional 40,000 flee their own Pharoahs — from Syria, Honduras, Afghanistan, Sudan, Colombia, Myanmar, Somalia, Ukraine; the list goes on and on.

As we know from their stories and from our own, fleeing — without arriving somewhere with an opportunity to build a new and sustainable life — is not real freedom. It’s not enough.

As the Hasidic master the Sefat Emet explains, the revelation at Mount Sinai follows the liberation of the Exodus because “the purpose of all the commandments…is so that every person of Israel be free.” Revelation follows liberation because while freedom might have been initiated at the Exodus, it is only completed at Sinai, with the giving of the Torah. It is only after we are given the tools to rebuild our lives in relationship and service to each other and to God that the Israelites are truly liberated.

Receiving the Torah allowed the Israelites to become a society in formation and not just a population wandering in transition. What we needed was not only freedom from oppression but also freedom to meaningfully rebuild our lives. And central to the Torah that shaped our newly free lives is the obligation to welcome, protect and even love the stranger. It is actually our own liberation that gave way to the freedom to welcome others.

Over the past several months, the Jewish community has responded in numerous ways to the global refugee crisis. Many have given tzedakah to help the majority of the world’s refugees try to rebuild their lives in the country to which they first fled. But there are a very lucky few refugees (less than 1% worldwide) who have the opportunity to be resettled in a third country, like the United States.

The American Jewish community has contributed powerfully to the national conversation about refugee resettlement in the United States. In response to increased anti-refugee sentiment, in support of continuing to welcome refugees to the United States, and many major Jewish organizations released statements in support of refugees. Thousands of people have stepped up to volunteer with refugees in their communities; thousands more have joined advocacy efforts, and congregations around the nation are responding, as communities, to the refugee crisis.

HIAS has released new resources, including a nine-page Haggadah supplement, to enable Jews to weave the stories of today’s refugees into the retelling of the Exodus at their Seder tables.

As critical decisions about how our country treats refugees take shape in the coming months, sustained commitment and engagement across the Jewish community is more necessary than ever. In Congress, in state legislatures, on the campaign trail, and in communities all across the country, we will either uphold America’s legacy as a country that welcomes refugees, or shut our doors.

For some, Jewish values and history alone may not sufficiently overcome the fear produced by increasing acts of terrorism and extremism. There is a great deal to be afraid of in our world today, but there has been an erroneous and dangerous conflation of terrorism with the United States’ proud tradition of resettling refugees. Over the years, the United States has resettled millions of refugees from across the globe, but admission through the U.S. refugee program remains, by far, the hardest way to enter the country. Entering the United States through a work, student, or tourist visa is far easier. Every refugee under consideration for resettlement in the United States must undergo a rigorous multi-layered screening process, including extensive vetting by the Department of Homeland Security, National Counterterrorism Center, State Department, FBI and Department of Defense, before they ever set foot in America.

Just as was the case for the Israelites we recall on Passover, escape from danger is only the beginning of a story that must end with the arrival of real freedom. The American Jewish community must act to provide for refugees who are seeking to rebuild their lives in safety and with dignity, both around the world and here in the United States.

This Passover, as we sit around the Seder table and recount our own persecution, escape, and journey, let us ensure that it is not simply a symbolic retelling of the past. May it be a reminder that this foundational Jewish experience, lived out over and over again throughout our history, calls us to work for the freedom of others — so that they are not just unbound, but are truly free. Let us work for the day when we can truly say Dayenu, it was enough.

Rabbi Jennie Rosenn is the Vice President for Community Engagement at HIAS, the global Jewish nonprofit that protects refugees.

Jennie Rosenn is the Founder and CEO of Dayenu: A Jewish Call to Climate Action