Why I’m for Hillary (and Not for Him) 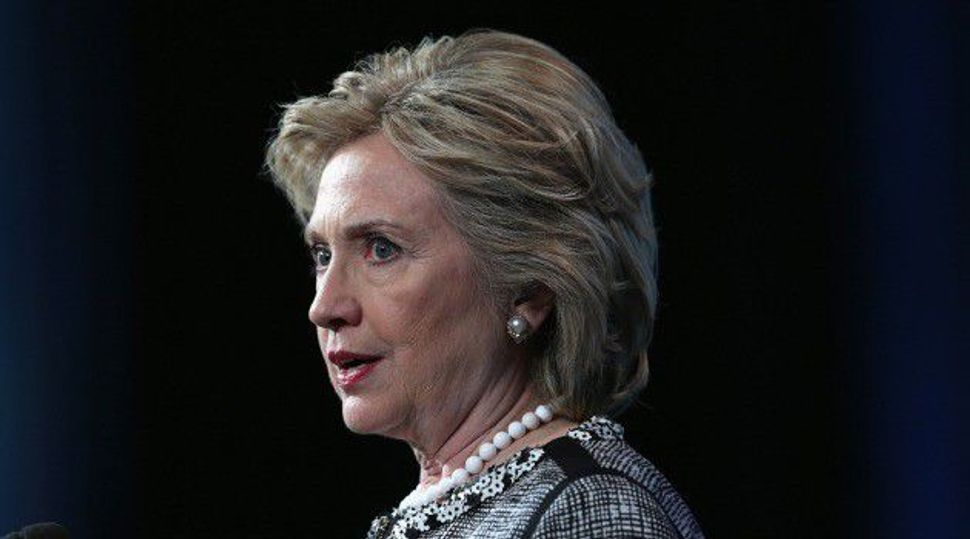 I am for Hillary Clinton. She represents some of my most basic beliefs about this country and the world in general. She has a view of an inclusive society in which all people – children in particular – have a chance. At the same time she believes in a strong America that can make a difference in this world. And she brings experience. Is she a perfect candidate? Hardly. But show me someone who is.

In recent weeks I have come to a position where I no longer just actively support Clinton but I vehemently oppose Bernie Sanders. I more than oppose him. I am scared of him. In fact, as others have observed, Sanders is the political flip side of Donald Trump. Because neither was considered a “serious” candidate most news outlets simply did not analyze their political positions, sound bites, and stump speeches. And when they were asked how they planned to finance free university tuition or make Mexico pay for the huge wall, both of them came up with plans that most economists and policy folks find utterly impractical and unworkable.

Then Sanders met with the Daily News editors in New York. It was a disaster. No longer preaching to his choir, he could offer the editors no specifics about his proposals. Sanders did not even have the details to implement his most basic and oft repeated ideas about breaking up the banks. He kept insisting that “if only” he had had his papers in front of him he might be able to answer.

This interview was not a “gotcha” one, e.g. who is the vice president of Afghanistan? (Does it even have a vice president?) And yet his supporters criticized the editors. Sander’s wife called it an “inquisition.” The fact is that if one is running for president vague slogans, bromides, and inspiring speeches aren’t enough. If you don’t have the answers it is easier to blame the questioner. (I have been a teacher for a long time. My students who are unprepared for an exam will invariably blame the exam for their failures. So too Mrs. Sanders.)

In his Daily News meeting Sanders did something that brought both the editors and many others up short. When the discussion turned to the Middle East, he accused Israel of being responsible for the death of 10,000 people in Gaza. That is about five times the number of casualties. He accused the Israel Defense Forces of bombing hospitals. He never mentioned that in those hospitals Hamas had placed units that were attacking Israel. In essence, woefully misinformed, he accused Israel of war crimes.

When pressed about Jewish settlements that he has advocated should be given up, he called them “illegal” but could offer no specifics. Sanders laid all the blame for the conflict at Israel’s feet without ever acknowledging that the Palestinians bear some responsibility. Was he just ill informed or was he reaching out to a segment of the electorate with whom these vast generalities resonate? It reminds me of what I hear on many campuses, where the arguments about the conflict reflect no nuance, no grasp of the reality of a complicated situation. And without that grasp you can’t make peace.

When Clinton and Sanders debated last Thursday night, she raised the issue of gun control, and he laughed. He has been consistently weak – that’s putting it mildly — on this issue. He helped ensure the passage of a bill that made it impossible for victims of gun violence to sue the manufacturers, those with the deep pockets. Yet he claims to care for the little people.

Despite engaging in a bitter battle with Barack Obama in 2008 (remember when he said “You’re likable enough, Hillary”?) she acted as an adult and agreed to serve as his Secretary of State when he turned to her. It could not have been an easy decision. But she did it. In recent weeks Obama has called her “smart, tough and experienced.” From a president who avoids sweeping rhetoric that constitutes high praise, indeed.

As was the case in 2008, Clinton has been subjected to a level of personal criticism that none of the other candidates, all of whom happen to be male, have had to face. Sanders’ campaign manager has warned her that her “ambitions to become president of the United States” might harm the Democratic Party. I have never heard a man – including Sanders – criticized for having ambitions. (Sanders’ manager seemed to forget that his candidate never even identified as a Democrat until his ambitions prompted him to run for President.)

Sanders may have a wonderful vision of America but he seems to have only the vaguest notion – and sometimes not even that — of how to implement it. And that’s because most of what he proposes, irrespective of how lofty it sounds, is not feasible.

Obamacare passed because policy wonks worked hard to ensure that a multitude of interests – hospitals, insurance companies, unions, doctors, nurses, and health care workers – would support it. Along comes Sanders with one of his slight-of-hand promises and says, we’ll dump it for a single payer system. How exactly does he propose to do this? How many Republicans does he think would vote for it? I have family and friends in England. They love their single payer system. I would love to have it here. But it would never pass. In contrast, Clinton may appear boring with her details, policy papers, and nuanced stands, but she is more attuned to the way lawmaking actually works.

The world is in far too precarious a position to be left in the hands of those who espouse slogans that sound good but cannot be realized.

I would be a fervent Clinton supporter even if we had never seen a Sanders candidacy. She has a vision of America both domestically and internationally that corresponds with the kind of country in which I want to live. It is a vision that today, as the world teeters on so much chaos, needs to be made real.

To paraphrase Hillel, if it does not happen now I am not sure there will be a when.

Why I’m for Hillary (and Not for Him)