We’re Celebrating Passover. Where Is Hope for Peace in Israel, Freedom and Progress? 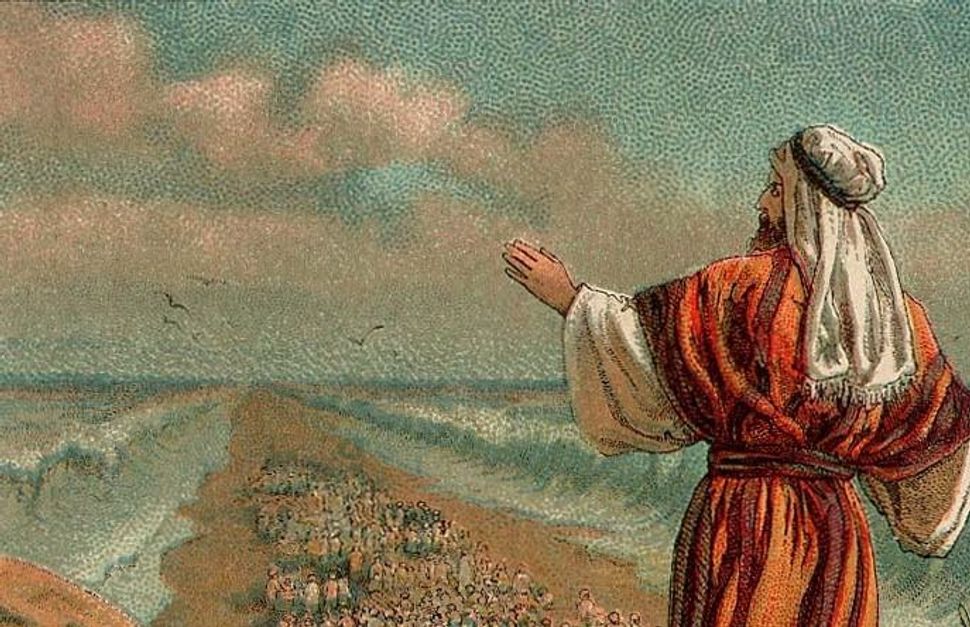 Passover had a certain bittersweet cast to it this year. I don’t think I’m the only one who felt it.

It’s always been a joyous time: a family reunion, a festive meal, a chance to catch up with loved ones, to sing together, swap stories and talk about big ideas. Someone at our Seder table this year called it “the Jewish Thanksgiving.”

This year, though, the talk seemed to have a darker edge. Discussions that began with our thanks for liberation from slavery ended up with the troubles around us that aren’t going away: the endless horror in Syria, the resurgent threats to Israel, the rise of Donald Trump, the melting ice and rising oceans. It was hard to feel very liberated.

My own bittersweet mood had been set at the beginning of the week in Washington, at the annual conference of J Street. I’d been invited to join an opening-night panel discussion and decided to stay over for the big banquet the next evening. I found the organization on a celebratory high, congratulating itself from almost every platform for its role in helping move Congress to uphold the Iran nuclear deal last summer and thereby keeping an apocalyptic theocracy from acquiring apocalyptic nuclear weaponry.

Nor was J Street simply imagining its role. The Obama administration sent both Vice President Joe Biden and Secretary of State John Kerry to give hugs and thanks for the liberal lobby’s help last summer, and even invited the student leaders of the J Street U campus group to meet the president in the Oval Office.

Through it all, though, it was hard not to notice that the organization’s self-declared main goal, a two-state Israeli-Palestinian peace agreement, is more distant than ever. Especially among the Israeli guests, Knesset members from the Labor Party and Meretz, the melancholy was palpable. For Israeli liberals this is a time of great despair. Optimism is hard to come by.

Ironically, the hawks aren’t feeling much better. Their default is pessimism, so things look dark when they’re on top because they’re supposed to look dark. Besides, the long reign of the right hasn’t brought the security it was supposed to. On the contrary.

Looking back, then, it doesn’t seem entirely surprising that I came into the holiday primed to experience a scramble of mixed feelings. Sure, there’s always a mixture of feelings as Passover begins. The celebration comes hot on the heels of an insane week of cleaning, boiling, shuttling pots and dishes back and forth and getting ready for a mob. Emotions are always a bit complicated. But not like this year.

The Passover Seder is supposed to be a moment for reflection, not just on our past liberation from Egyptian bondage but also on the struggles we face today. “In every generation,” the Haggadah commands, “each person is obliged to view himself as if he personally had come out of Egypt.”

The text goes on to say that the ancient liberation is ours as well because if our ancestors hadn’t been liberated, we would still be slaves. But it also says this: “In every generation they rise up against us to destroy us.” That is, we ponder liberation not just because our ancestors were enslaved, but because oppression continually threatens anew.

Nor is it only literal slavery or persecution against which we struggle. As the Haggadah makes clear, there are many types of liberation from many forms of bondage. And to make it easier for us to consider the struggles we still face, the Seder narrative begins not once but three times. Each beginning signifying a different sort of liberation.

The first is the most obvious: “Slaves we were to Pharaoh in Egypt, and the Lord our God brought us out of there with a strong hand and an outstretched arm.” But then, almost immediately, the story begins a second time: “In the beginning our ancestors were idol worshippers, and now the holy one has brought us near to his worship.” And then the third retelling: “Go and learn, my father was a wandering Aramean, and he went down to Egypt few in number but became there a great nation.”

It’s important to understand and recognize these three different types of bondage, because the Haggadah teaches one more lesson that’s too often forgotten: Liberation is something we seek for ourselves. It’s all too easy these days to see the Passover holiday as a call to help others less fortunate. Perhaps we’re even tempted to see ourselves as the oppressor. That’s an important instinct, and it’s one that’s deeply embedded in our tradition: Love your neighbor, remember the poor and the stranger because we — we — were strangers in Egypt.

But on Passover we’re commanded to see ourselves as the ones who escaped from Egypt bondage. What the Lord did for me, the parent tells his four children. We’re supposed to apply the lessons to ourselves. But what are the lessons for this lucky generation of Jews? How are we to think of ourselves as enslaved today? Perhaps by ignorance or blindness? Perhaps by homelessness, by cutting ourselves off from our roots and our nation? Perhaps by helplessness real or feigned, by forgetting what a great and mighty nation we are when we act wisely and in community? Perhaps by idolatry, by false worship — of money, of party, of land?

In the end, these riddles have always resolved themselves with one answer: Whatever sort of oppression we were experiencing, we believed a better day would come, that we would emerge, as the Haggadah tells us, from slavery to freedom, from sadness to joy, from darkness to great light and from bondage to liberation.

Terrorism isn’t going away. The nations don’t seem to be on track to halt climate change and save the planet. It’s hard to shake the sense that as good as things are today, they’re going to get worse

We’re Celebrating Passover. Where Is Hope for Peace in Israel, Freedom and Progress?