Why If Not Now Is Right To Snub Jewish Establishment 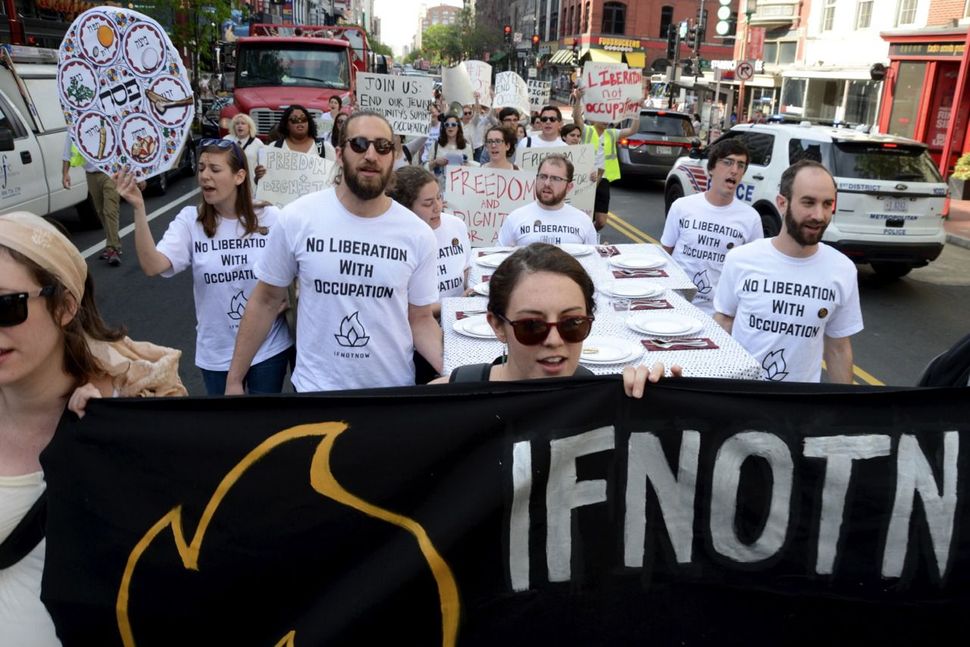 As a small but growing anti-occupation group, If Not Now has received much recent publicity. First, one of its founders, Simone Zimmerman, was hired by Bernie Sanders’s campaign as director of Jewish outreach before being abruptly fired for an earlier Facebook post about Benjamin Netanyahu. Then came widespread coverage around the group’s Passover “liberation seders” targeting Jewish organizations in a handful of cities, with 500 participants and 23 arrests.

Recent reporting has revealed frustration by American Jewish establishment leaders that the leadership of If Not Now refuses to meet with them. According to Haaretz, ADL’s CEO Jonathan Greenblatt has said that it’s “disappointing to think that these young leaders prefer spectacle to engaging.” In response, one leader of If Not Now said that “institutions should be making public statements about what’s happening. We’re tired of no progress. It’s been years and years of quiet meetings and people being let down. This moment calls for something much bigger than that.”

If Not Now’s stated goal is simple: to “end American Jewish support for the [Israeli] occupation” by “speak[ing] powerfully and act[ing] publicly to win the conscience of American Jews and mov[ing] them to action. We know that our institutions will have no choice but to follow in our community’s footsteps.”

When it comes to being engaged by the Jewish establishment, If Not Now’s publicly-stated tactics are also clear: “We refuse to negotiate behind closed doors with institutions,” their website declares.

The tactical question of whether or not to enter into dialogue with the target group of one’s protest is a vexed one. On one hand, robust democracy depends on well-entrenched channels for civil conversation. On the other, visible and strident protest can be a powerful engine for change. While it’s unlikely that, at their age and stage, I would have had the self-possession to turn down an invitation from a high-ranking Jewish leader, here’s why If Not Now is right to refuse to meet.

Unlike the typical opposition to dialogue in the Israeli-Palestinian context — what is known as the “anti-normalization” movement — something about which I have publicly registered my discomfort, the case of If Not Now and the Jewish establishment is different in at least one important way. That is, many of the leaders of If Not Now have grown up directly within the ambit of Jewish establishment ideas. Take Simone Zimmerman: in the words of one Jewschool writer, Zimmerman was “reared in…Jewish day schools (K-12), summer camps (Ramah California), youth groups (USY), Hillel, AIPAC, multiple Israel trips, Mechon Hadar, and so on….” She “speaks and reads Hebrew, and has numerous Israeli friends….”

This stands in marked contrast to the kinds of Israeli-Palestinian peace-building efforts that desperately require face-to-face dialogue — what is known as the “encounter” paradigm. Despite the understandable impulse of those who denounce “dialogue” across power differentials, Israeli (and, by extension, Diaspora) Jews have much of great urgency to discover from their Palestinian counterparts. This is especially true since the Palestinian experience has been rendered invisible to much of the Jewish mainstream, both in Israel and abroad. How better to convey that perspective than in face-to-face encounters? 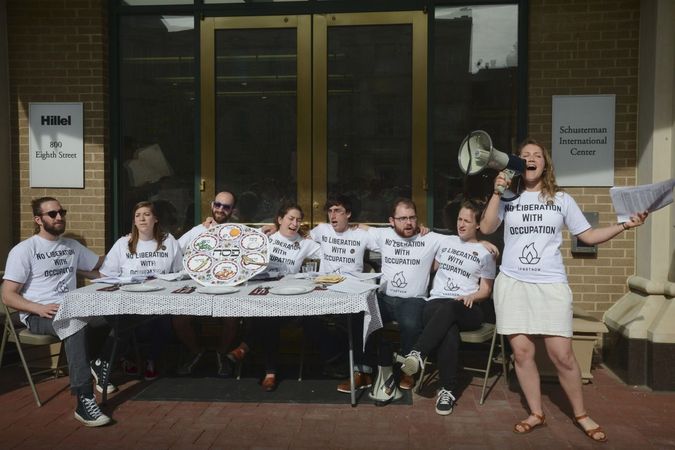 Yet the case of If Not Now is different. These activists are right to be suspicious of establishment leaders — the very ones who would have shaped their earliest Jewish communal contact points — appearing to hear them out while continuing their organizations’ massive enabling of Israel’s occupation policies.

And this is why, while I have gone on record opposing Israeli-Palestinian anti-normalization efforts for the way they contribute to silos and the freezing of attitudes, I support If Not Now’s instincts. When one has been raised within the paradigm of Jewish establishment attitudes, protesting on the doorstep with a single, clear and actionable demand is the way to go.

Why If Not Now Is Right To Snub Jewish Establishment