Hillary and Bernie, Don’t Hand Election to Donald Trump on a Silver Platter! 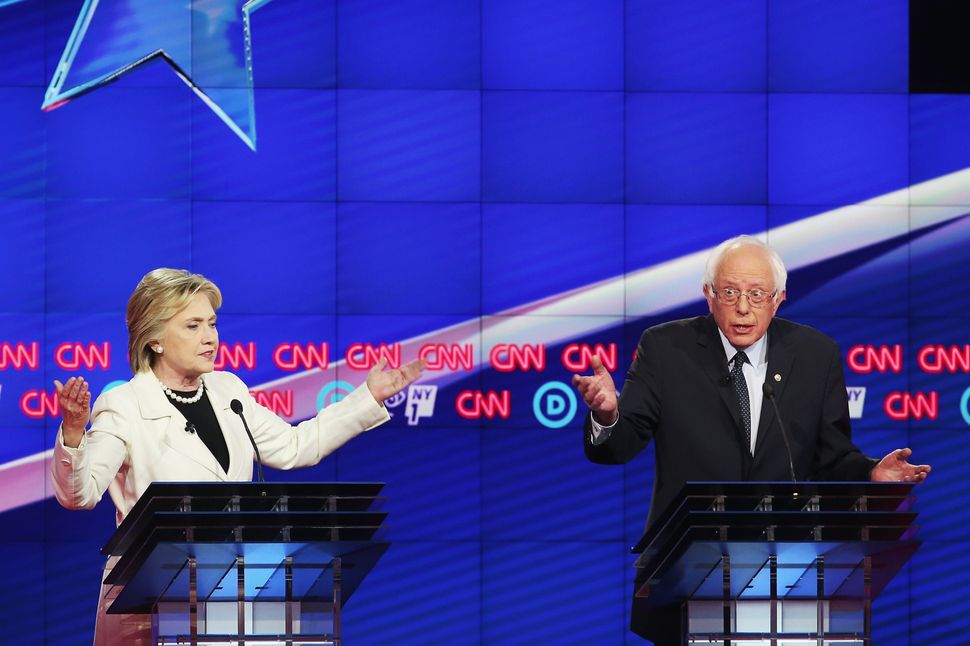 Throughout this campaign year the smart money was saying that of all the Republican contenders, Donald Trump was the least electable. He’s the one the Democrats hoped to face in the fall. Given his epic unpopularity and profound unsuitability for the job, it’s been assumed that only a miracle could land him in the Oval Office.

But fear not. The Democrats are hard at work concocting such a miracle. And lately their effort has kicked into high gear. It’s an uphill battle, but they seem determined.

The effort draws from every wing of the party. Bernie Sanders is pitching in, doing his best to leave the party as bitterly fractured as possible before it faces the voters. Hillary Clinton is doing her part, designing a general election campaign that seriously misreads Trump’s appeal and his supporters’ mindset.

Outside groups that lean Democratic — labor, environmental, women’s and minority rights — are following Clinton’s lead. They’re treating this as a normal election and pursuing their usual fractious agendas instead of recognizing the stakes for American democracy. Jewish organizations are doing their share, too, hiding behind their not-for-profit tax status to avoid addressing a threat that most recognize but fear to confront. More than they fear the IRS, they fear their Republican donors.

This election is historic in other ways. It’s a faceoff between the two most unpopular figures on the national scene — that is, the two with the highest negative approval ratings of anyone running. That fact hasn’t sunk in either.

Sanders, after months of running a positive, issue-focused campaign, has lately turned increasingly negative, even nasty toward Clinton. He appears intent on sullying her image before she faces the voters. And it’s working. Clinton’s lead over Trump has been dropping steadily. It was just 3 points in a May 17 NBC News/Survey Monkey poll. That’s down from a 5-point lead a week earlier and 9 points in early April. Some credit belongs to Trump, who’s consolidating his hold on the Republican Party. But much is due to Sanders battering Clinton’s already weak image.

His hostility reverberates. It shows up in the increasingly unruly behavior of his supporters at party events: heckling, disrupting, shouting down speakers.

Tensions peaked May 14 at the Nevada state Democratic convention, where Sanderistas started a near-riot after losing on procedural rulings. They shouted down speakers, cursed and threw chairs at the stage until the convention chairperson fled the building and police and hotel security intervened. The chairperson later received a flood of harassing texts and phone messages, including death threats. The Sanders campaign had posted her contact information online.

Party leaders openly fear an ugly, divided convention in July and a party unable to unite behind candidate Clinton afterward. Sanders was under pressure after Nevada to repudiate his followers’ actions, but instead he issued a defiant statement blaming party leaders. He said the party “has a choice” to make — whether to “open its doors” to “people who are prepared to fight for real economic and social change” or to “maintain its status quo structure, remain dependent on big-money campaign contributions and be a party with limited participation and limited energy.”

As for Clinton’s role in the make-a-miracle-for-Trump effort, it’s impressive. She’s begun rolling out the themes of her fall campaign, and they could hardly be more clueless. Confirming what her allies have been promising for months, she’s directing much of her fire against Trump’s wrongheaded positions on the issues, as though Trump and his supporters cared a whit about issues. It’s futile. Clinton could spend $1 million in a single week attacking Trump’s positions on women or immigrants, only to find he’s reversed himself the next week. Issues aren’t the issue in this election.

A series of pro-Clinton commercials unveiled in mid-May attacks Trump by replaying his own crude, sexist statements about women. This looks like an effective attack line, until you remember that boorishness and incivility are among his main selling points. He justifies his misbehavior by declaring that he doesn’t “have time for political correctness.” The crowds eat it up.

These aren’t like policy disagreements. A normal candidate has come up through the political system and learned the basics of governance and law. We may differ profoundly on policy, even on such charged issues as abortion and due process. But under our system, these are legitimate disagreements.

Not so the questions that Trump has unwittingly raised, such as whether or not to observe international law. Or how the stability of the dollar affects the global economy. These are questions of basic competence.

One can imagine a candidate coming from outside politics, but surrounding himself or herself with advisers who understand how government works. The difference between them and Trump is that normal candidates have some grasp of what they do and don’t know. They’re able to take advice. Trump has an inflated sense of himself that renders him incapable of knowing when he’s over the line and contemptuous of those who disagree with him. That’s dangerous.

Most dangerous of all is his fragile ego. Listen closely to his speeches and note how much time he devotes to cataloging his successes and, more telling, naming people who’ve spoken ill of him. The alarming truth is that he judges others on whether or not they speak nicely about him. His friends are those who say nice things about him. His enemies are those who say mean things.

Strikingly absent are opinions based on others’ positions on the issues. He simply can’t abide personal insult, however much he dishes it out. He’s incensed when someone says “horrible” or “disgusting” things about him. He promises revenge. And as president, he’ll have the nuclear codes.

No, this is no ordinary election, because Trump is no ordinary candidate. Everyone with a stake in democracy — candidates, leaders of both parties, activist groups, religious groups including Jewish organizations — should stop treating it and him like business as usual, and focus on the fate of the Republic.

Hillary and Bernie, Don’t Hand Election to Donald Trump on a Silver Platter!