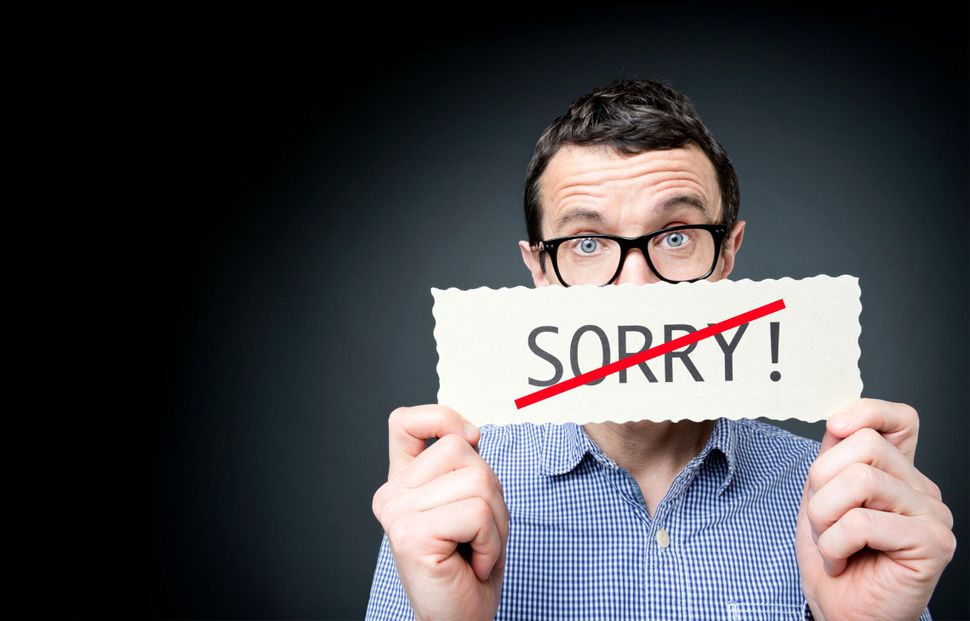 There should be a conversation in the Jewish community about the conversation that is being had about us. If you’ve missed it, here’s what it sounds like.

On the hard left, populated largely by fans of Bernie Sanders, the Jews are too powerful, too privileged and too white to deserve any protections against bigotry, ad hominem attacks and outright racism.

The context for this conversation is usually the campus debate about Israel, but it isn’t stuck there. Nor is it just about Israel. Rather, it’s about our status as a largely successful group, about our whiteness and about our essence. Supposedly, these qualities make us ill suited to understand, never mind champion, the cause du jour of the progressive movement, such as Black Lives Matter.

For those who still remember the New York teachers’ strikes of the 1960s and 1970s, when liberal Jews were accused of patriarchal racism, these accusations will be familiar. And now they’re national and deeply set, and given voice by — of all people — Jews.

From the Trumpian alt-right comes the stark language of Jews-as-parasites, the eugenics-laced accusation that Jews have insinuated themselves into America’s fabric as faux-whites. All self-identified Jews such as myself who have dared to speak against Donald Trump share one common experience: an outpouring of Jew-hatred laced with genocide fantasies (not to mention misspellings) from Twitter trolls.

The writer Jeffrey Goldberg has noted the conundrum here as largely racial in nature. “[The] campus left downplays anti-Semitism on grounds that Jews are white: alt-right, pro-Trump whites call Jews non-white enemies of their race,” he recently tweeted.

But this is not just about race. It’s about status, and here the hard left and the alt-right have unified around a theory of Jews as too powerful, too privileged and, ultimately, not invested in the America they imagine America should be.

In short, we’re back to being imagined as the Powerful Other, a people of Rasputin-like abilities to hypnotize those in power, and then steer the ship of state to our liking. America’s hard left and hard right have therefore resuscitated and unified the ethnographic theories of tsarism, Stalinism and Nazism — a remarkable achievement.

We can’t pretend this conversation isn’t happening. It’s not enough to argue the facts, of which there are many, starting with one of the central facts of Jewish life: We Jews don’t agree on anything, certainly not on an ingenious plot of global domination.

Let’s also not pretend that this conversation is free from consequences. It doesn’t take much for someone who has reached an intellectually indefensible position to reach another indefensible conclusion — that violence directed at us is permissible, and even praiseworthy.

The radical Islamists long ago reached this stage, and the results are there for all to see.

Here’s the problem: In the face of neo-anti-Semitism, we appear to be responding with caution and self-loathing.

On campus, we have already seen the rise of a generation of Jewish leftist activists whose ideology is borrowed from their great-grandmothers: guilt. They feel spoiled by their education and their wealth and their so-called privilege. But more than that, they feel personal shame for the political and military choices Israel makes. They give a modern spin to the pre-1948 anti-Zionist belief that the creation and establishment of a Jewish political state will be our downfall as a people. They call for the end of the Jewish national project.

Too late, kids. That ship has sailed. And what’s more, we should be glad it did.

The Jewish State was and remains the most important public policy success of American Jews over the last seven decades. We shouldn’t apologize for our work in helping to turn Israel’s economic desolation and isolation into a modern economic miracle.

If Israel were a former third-world, post-colonial republic not associated with the Jewish people, it would be lauded as one of the greatest stories of human achievement of the modern era, on par with the green revolution that ended perpetual starvation in Africa and sub-Asia. Consider this: In Israel’s story we see an indigenous people who returned in rags to their native land, and turned it into a thriving multi-ethnic, multi-racial democracy — a rebuke to two millennia of efforts to enforce an unjust exile.

The genocidal ambitions were always present in the dark hearts of anti-Semites, but they have been given some oxygen by digital group hazing and by the candidacy of Donald Trump.

Trump, with the Jewish daughter and Jewish grandchild, is now the lodestar of American anti-Semitism. In the face of evidence that a significant portion of his supporters hate Jews, he has incredibly lost his legendary capacity for plain-spokenness. When it comes to anti-Semitism, he appears to think it’s like having dealings with the mafia — a cost of doing business.

Agreeing to sign on with Trump means inheriting that submissiveness — a submissiveness that both American Jews and Israeli Jews have found distasteful and self-defeating.

We are undeserving of such self-loathing and guilt. Look around America. Look at our campuses, our hospitals, our museums, our libraries, our schools, our corporations, our civic institutions and our military. Everywhere you will see Jewish names and Jewish participation and Jewish contribution.

We arrived in this country on its periphery, and we moved to its center. If someone resents us for this success, and even wants to kill us for it, our response should not be guilt or fear or compromise. It should be firm resolve. We are as American as any other. And we have nothing to apologize for.

If you cower in the face of the alt-right or the progressive left, you are rejecting all the things that we have worked for and that all Americans work for: success, community, organization, thrift, charity and rising up.

There is no making peace with bigotry. There is only identification of the enemy, recognition of the danger, and confrontation — full-throated, unapologetic and proud. These are the qualities of the tough Jews who made themselves in America, and who made us.

Noam Neusner is a principal with the communications firm 30 Point Strategies and is a former White House speechwriter for George W. Bush. Follow him on Twitter @NoamNeusner