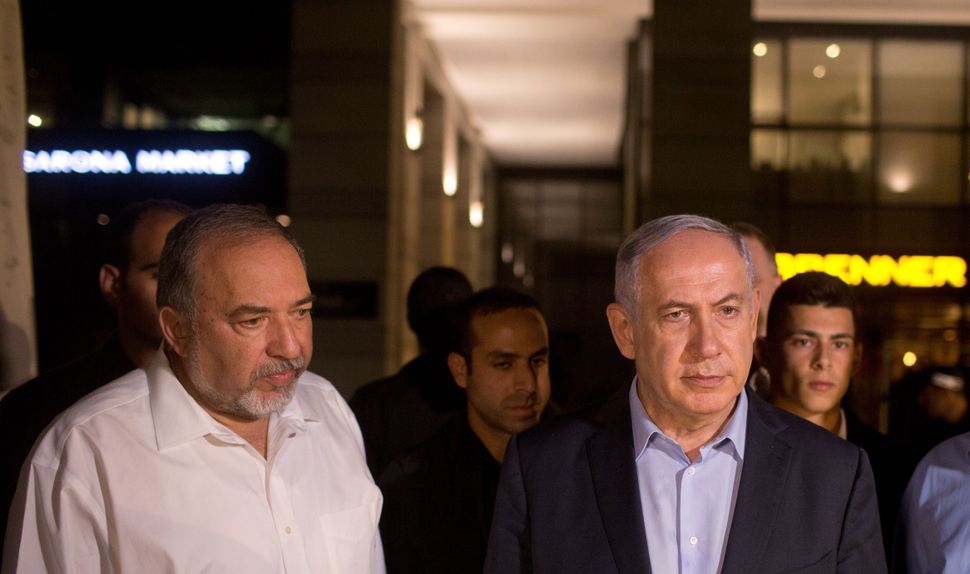 The cold-blooded murders of four Israelis at the popular Sarona mall in Tel Aviv on June 8 brings to 38 the number of Israelis and visitors killed in the wave of Palestinian terrorist attacks that began last September 13, according to official government figures. Another 466 have been injured.

In several important respects, though, the Sarona attack is not like the ones that came before. It’s too soon to tell whether it opens a new chapter or will remain an anomaly in a pattern that remains otherwise unchanged. In part that depends on what future incidents look like. And in part it depends on how Israel’s security forces respond under the direction of the new defense minister, Avigdor Lieberman.

The terror wave that began last fall doesn’t have a formal name, though it’s sometimes called the Third Intifada or the Intifada of the Knives, because the majority of the attacks have been stabbings. What’s set it apart from the First Intifada, from 1987 to 1992, and the Second Intifada, from 2000 to 2005, is that it hasn’t been directed from above by an organization. With very few exceptions the attacks have been acts of individuals or pairs, mostly teenagers or young adults, without training, largely without sophisticated weapons and without serious planning. Hamas has wanted to get into the act and organize attacks on Israelis, but it hasn’t been able to because of the work of Israeli and Palestinian Authority intelligence agencies. The attackers appear to have acted mainly on impulse, incited by social media or word of mouth.

The Sarona attack, by contrast, was planned with some care and involved some level of organization beyond the two cousins who perpetrated the shootings. The shooters were transported into the heart of Tel Aviv from their village, Yatta in the southern Hebron Hills, by someone who knew their way around the metropolis — and who knew how to get around the layers of security that separate the West Bank from Israel proper. The target site was not just any gathering place but a packed, popular nightspot located just outside the Kirya, Israel’s military headquarters, giving it added shock effect. The terrorists were dressed in black suits that were passable enough to blend in with the evening crowds.

According to published reports, investigators have found no evidence of any link between the terrorist cousins and any known terror organizations. Their submachine guns were not smuggled in from Gaza or Jordan but cheaply manufactured in a local machine shop. Smuggled weapons would have killed many more victims before the terrorists were interdicted — think of the carnage at the Paris restaurant attacks last November — but the Sarona terrorists’ knock-off Carl Gustav devices jammed almost immediately.

It’s worth recalling, too, that Wednesday’s atrocity comes at a time when the terror wave that began last fall had begun to peter out. The four Israelis killed at the Sarona mall on June 8 were the first deaths from terrorism since March 8, when American graduate student Taylor Force was stabbed to death on the Jaffa promenade. The same three-month period saw some 50 people injured in terror incidents, most of them in the Jaffa stabbing spree and an April 19 bus bombing in Jerusalem.

In fact, though it’s seldom noted, the reality of the past year’s terror wave hasn’t been a constant stream of deadly violence. It began with an explosive outburst of mayhem last fall and has been slowly but steadily declining ever since. October saw 63 attacks, leaving 10 dead and 87 injured. By December that had fallen in half, to 35 attacks, two deaths and 44 injured, and then in half again by February, to 22 attacks, three deaths and 10 injured. May saw 12 attacks, no deaths, 11 injured.

What happened? When the violence began, tempers were hot among Palestinians in East Jerusalem and the West Bank because of false rumors that Israel had designs on the Al Aqsa Mosque on the Temple Mount. The rage found a volatile host among bored, under- or unemployed Palestinian youth, and the mix was deadly. But because there was no organizing force and no planning behind the violence, Israel’s military and security service were at a loss. Moreover, the Palestinian Authority initially saw it as teenagers blowing off steam, and underestimated the depth of Israeli alarm and anger.

Gradually the rumors and the rage dissipated, the Israeli services began to develop new techniques — a mixture of better positioning of forces and increased work permits — and the Palestinian Authority security forces woke up. Finally, on March 30 Israeli and Palestinian security officials met to iron out differences and agree on stepped up coordination and other measures.

This is why Israel’s response to the Sarona murders could be critical. The strategies gradually adopted by Israel’s military and security services over the past few months worked. Not perfectly: terrorism didn’t disappear, but it declined dramatically. However, the strategies were never popular with the political echelon. Cabinet ministers bridled and sneered when intelligence heads told them that the violence was driven in large part by frustration and unemployment. Ministers objected when the army responded to the violence with combinations of strict enforcement and eased conditions. For the most part, then-defense minister Moshe Yaalon, himself a former career soldier and onetime chief of staff, backed up the generals and allowed them to do their jobs. Prime Minister Netanyahu mostly went along, sometimes backing him up, sometimes mildly echoing the critics.

Now Yaalon is gone and the fiery hardliner Avigdor Lieberman has taken his place. Lieberman has long advocated relentlessly iron-fisted measures to cow Palestinians into submission. The military and intelligence branches view such strategies as recipes for increased Palestinian rage and violence, but they’re popular with voters.

How Lieberman behaves in the next few days and weeks will be critical. His hardline instinct has been consistent over the years, but so has his instinct for pragmatism and respect for the professionals. He’ll have to balance the two Liebermans and choose the right one. One can continue the progress, agonizingly slow as it may be. The other might set things back to where they started.

In the first hours after the Sarona attack he ordered a closure of the terrorists’ home village of Yatta, population 20,000. Such measures have been taken in the past when terrorists were on the run and time was of the essence to find the perps and related evidence. This time the perps are in custody and undoubtedly singing their heads off. The purpose of closing off Yatta isn’t clear, unless it’s to teach the population a lesson. That might give momentary satisfaction, but it won’t make things better. It just might be the wrong Lieberman at work.