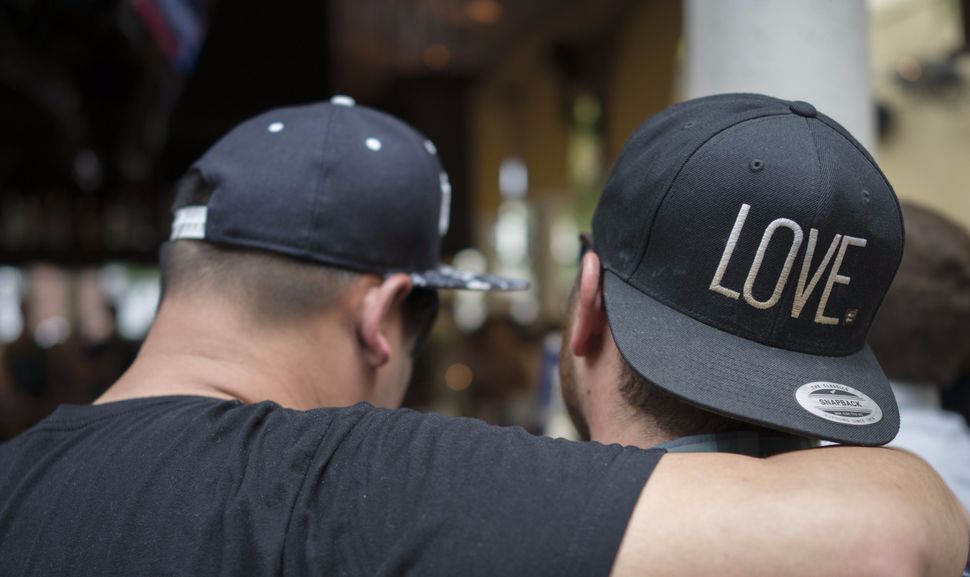 The massacre in Orlando, the worst mass shooting in U.S. history and the worst terror incident since 9/11, is a terrible human tragedy, first and foremost. It will shock even those Americans who have grown numb to the daily recurrence of mass-shootings in their country. Orlando, renowned for making children’s dreams come true, will now be known for enacting hellish grown-up nightmares as well.

In the coming few days, Americans will get to know the victims and the stories of their lives. Most of them will lament the lives so cruelly and abruptly cut short. They will listen to the harrowing stories of the wounded, be amazed by the courage of everyday heroes, delight in the miraculous survival of those who were lucky enough and recoil from the misfortune of others who shouldn’t have been there in the first place. And they will soon grow weary of the endless parade of politicians, experts and analysts who will be interviewed night and day, some without the benefit of prior knowledge.

What will remain is the narrative. It will determine the legacy of the attack and the lessons that it will impart, if any. In an election year, especially one as stormy and scandalous as 2016, the narrative could very well influence who will win and who will lose. If the carnage in Orlando makes Donald Trump president – or if it ensures Hillary Clinton’s election as well – this will be its main impact, for generations to come.

In the past two decades, the Narrative, with a capital n, has become the Promised Land of campaign managers and spin-doctors. The ability to weave major events into the overarching worldview that a candidate is trying to impart to voters is of critical importance to his chances for victory, critics say. The battle over the narrative of Orlando won’t be clear-cut, however: It contains various, often-contradictory elements that play to both sides’ advantage. As things stand now, it could go either way.

The campaign started almost immediately, even before the initial details became clear. Was the Orlando attack an act of terror, like last December’s onslaught in San Bernardino in which a radicalized Muslim couple killed 14 civilians, or a hate crime, like the attack in Charleston by a white racist who specifically targeted African Americans because of the color of their skin? President Obama, in a lackluster appearance on Sunday, weighed in that it was both.

Trump, on the other hand, accentuated the Islamic terror aspect, as did many other Republicans. Their associations were with Al-Qaida and New York’s Twin Towers while Democrats tended to list the victims of Orlando horror together with the schoolchildren of Newtown, Connecticut and the moviegoers of Aurora, Colorado. Republicans focused their attention on the enemy without and the weakness within. Democrats preferred to raise gun control, gay rights and other issues that their narrative prefers.

As most Israelis know, terror attacks by Islamic radicals often benefit the right, especially when placed in the hands of a master manipulator such as Benjamin Netanyahu. The right knows how to foster fear, nurture hostility and pledge a forceful response while the left usually mumbles and stumbles with rational explanations, underlying causes and ifs, buts and maybes. Trump has already gained from Sunday morning’s butchery: it changed the agenda from mounting concern over his personal shortcomings that seemed to threaten his candidacy. Most Republicans seemed surefooted again after weeks of avoiding questions of whether or not they endorse Trump and why. They were back to slamming Obama and Clinton’s impotence, just like before.

It’s not completely clear, however, whether Trump would be able to extract as much advantage from the incident as other Republicans might have in his place. His initial response about “a very bad killing” suggested that his loose tweets would undo him once again. Trump’s statements and behavior have sparked doubts and misgivings about his ability to manage national security affairs, especially when compared to his far more experienced adversary. In the end, the terror agenda might come back at him like a boomerang.

The specifics of the attack also vector in different directions. The perpetrator, Omar Mateen, is said to have sworn allegiance to ISIS, which took responsibility for his crimes. That would make it a terror attack, par excellence. But Mateen targeted an LGBT nightclub, presumably because of the sexual identity of its guests and not by mere coincidence: that would make it a hate crime. Mateen’s father, who has his own intriguing background in anti-Pakistani Afghan activism, ascribed his son’s lunacy to his rage at seeming two men kissing. So it’s unclear whether Omar Mateen used Islamic radicalism as camouflage for his hatred for gays or whether he served ISIS by targeting one of its most hated groups.

Trump’s most emphatic and controversial statement on Muslims, it should be remembered, was to bar their entry to America. This would have had no impact on Mateen, a New York-born U.S. citizen. Against this backdrop, it is understandable why Republicans preferred to speak of “international terrorism” while Democrats opted in most cases for the adjective “domestic.”

Clinton for her part is well aware of the potential and long-lasting dangers that a misstep on narratives can create. She is still trying to shake off the State Department’s initial insistence that the 2012 attack in Benghazi was the result of the controversial anti-Muslim video about the prophet Mohammed rather than a direct attack by an Al-Qaida affiliate. She began her reaction to Orlando by stating flat out that it was a terror attack, which must be met with resolve and force.

Clinton might also sustain some indirect hits from reports that the FBI had probed Mateen but then decided that he posed no danger. If it turns out there was negligence on the part of law enforcement it could damage Clinton as well, even though she was not in office at the time and has no direct impact on FBI investigations. Clinton has purposely hitched herself to Obama’s growing popularity to boost her presidential campaign: she won’t be able to shake it off if things start to go bad.

Then there is the issue of the powerful rifle and extra lethal ammunition used by Mateen. The semi-automatic AR-15, weapon of choice for many mass killers, can be legally bought at most superstores and bargain weapons sellers. Obviously it allows a deranged but determined murderer to kill 50 people and wound over 50 others in a crowded Orlando nightclub. This may put gun control opponents on the defensive, though both Obama and Clinton gave no indication on Sunday that they have any plans to change the permissive status quo.

The identity of the victims might also reflect on the political campaigns. Liberals will rally around Latinos and LGBT”s, part and parcel of their core constituencies in 2016, while Trump will have to be careful not to insult the latter, at the very least. Reactions by Christian fundamentalists might also be relatively muted because of the identity of the victims. Homosexuals, fanatic preachers often remind them, are deviant sinners that the God and the Bible punish with death. Israelis are also sadly aware that reactions to victims of terror are often dependent on their backgrounds: Those from small development towns and Jewish settlements are often accorded less attention from city dwellers like those killed at Sarona Market in Tel Aviv last week.

One way or another, the memory of the Orlando victims will inevitably and regrettably be intertwined with the 2016 election campaign. The media coverage will accord them due respect and honor but dive at first opportunity into the potential political ramifications of their deaths. The extraordinarily stormy political season ensures that Orlando will be marked more for its effect on history than for its destruction of human lives. That’s the way of the world.