After Orlando, an Open Letter to My Gay Jewish Son 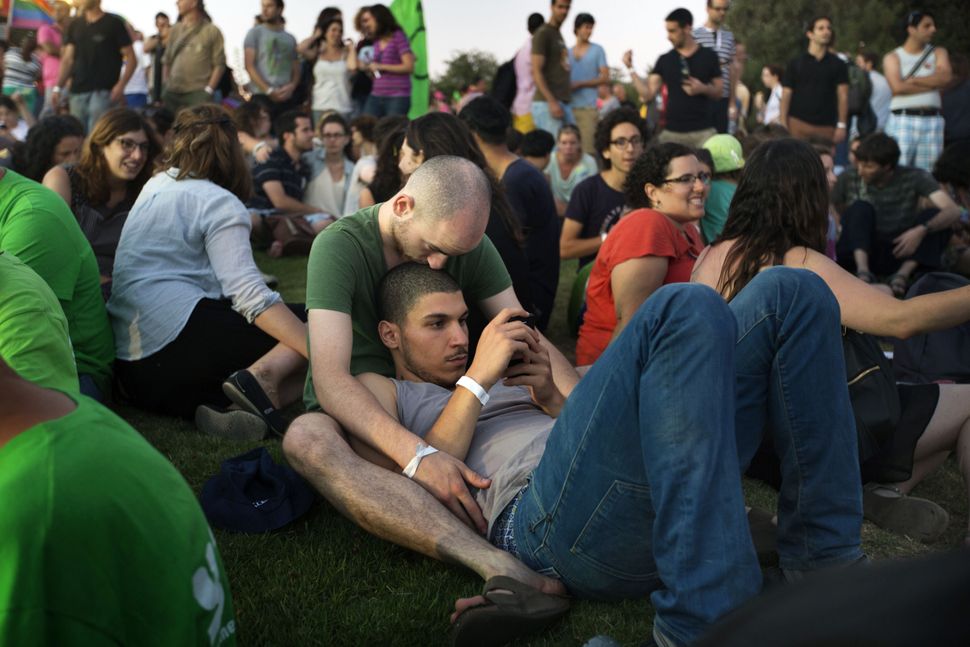 The massacre in Orlando was a heartbreaking and horrific attack, one more in the senseless string of killings that have punctuated our lives. But as your father, it also struck another nerve, not just the one that says it could have been you in the Pulse club. Rather, it was the insidious way the LGBT community is targeted, and how we who are outside that community fail to comprehend the notion and importance of safe spaces.

As someone who has long been professionally involved in fighting anti-Semitism, I know that bigotry and hatred have an ancient history and will be long with us. But I also ask myself if I have been so preoccupied with one form of hatred, anti-Semitism, and the horrible toll it has taken, while downplaying other forms of discrimination, bigotry and oppression. I would like to say no, that I regard all forms of hatred as noxious and dangerous. But that might be too self-serving an answer, and too easily challenged.

As Jews, we have all too much familiarity with terror attacks: a restaurant in Tel Aviv, bus bombings in Jerusalem, a Jewish museum in Brussels, a Chabad center in Mumbai. Each time, we gird ourselves for the worst of casualty counts, while pressing the case to prevent further attacks.

For all our (justifiable) concerns, Jews do feel safe in Israel, at least safe to live as Jews. And so, too, in America. (Europe is another story.) Yes, anti-Semitism is still with us, and security measures are required at Jewish schools and synagogues. But Jews in America have unprecedented confidence to practice and celebrate Judaism, to engage in public as Jews.

Not so, my son, for you and the LGBT community. According to news reports, the Orlando killer was enraged by seeing two men kiss in public. Kiss in public — an innocent action that would be barely noticed between a man and woman! It may seem incomprehensible to many, especially those who have gay friends or family. But not for you, who must be aware and cautious about where and how you express tender affection.

Homophobia is part of daily life for you, those you love, and those you care about. The little things we take for granted in heterosexual behavior — a kiss, holding hands, using the bathroom, a prom date, the clothes we wear — can be dangerous as an expression of LGBT norms and values.

I recall how, after the Supreme Court upheld same sex marriage, you cautioned about getting too self-congratulatory over the landmark decision. You told me about the fear that so many in the LGBT community live with. The beatings inflicted on friends who came out, the physical and mental abuse experienced by a transgender youth, who was thrown out of her home, and other harassment of your gay friends.

That’s why safe spaces like Pulse mean so much. When society can’t provide you with security, you have to find your own. While clubs provide a friendly social space, physical safety has always been precarious. Long before Pulse there was the 2009 shooting at the Tel Aviv gay nightclub, killing two, and before that, countless other attacks, most notorious the 1973 arson on a New Orleans gay club that killed 32 people, the worst tragedy until Orlando. And it wasn’t so long ago that the police — those charged to protect you — would lead raids into gay bars. Notwithstanding these attacks, clubs represent a place where, at least for an evening, you feel free to express yourself without harassment and without being regarded as a social aberration.

Nor do we comprehend the trauma that you, as a teenager just a few short years ago, must have experienced in hiding your identity. Even in a so-called progressive suburb and school in New York, it was too dangerous to come out. I never knew that, nor did I try hard enough to learn about your sexuality, to feel comfortable talking about it, and to be supportive. While I cannot undo that, I can be there for you and others in the LGBT community, for their support and security.

If there is one thing we should all take away from the Orlando tragedy, it is to ensure that you and everyone in the LGBT community can live without fear, in security. The safe space you need and deserve is an essential component in the structure we build and call a free society. It’s every bit as important as fighting anti-Semitism.

Harry Wall is a former professional with the Anti-Defamation League, director of its Israel office and Senior Advisor to the ADL National Director for International Affairs. He is a consultant, working with non-profit organizations.

After Orlando, an Open Letter to My Gay Jewish Son