Today Is World Refugee Day. What Are Jews Doing About It? 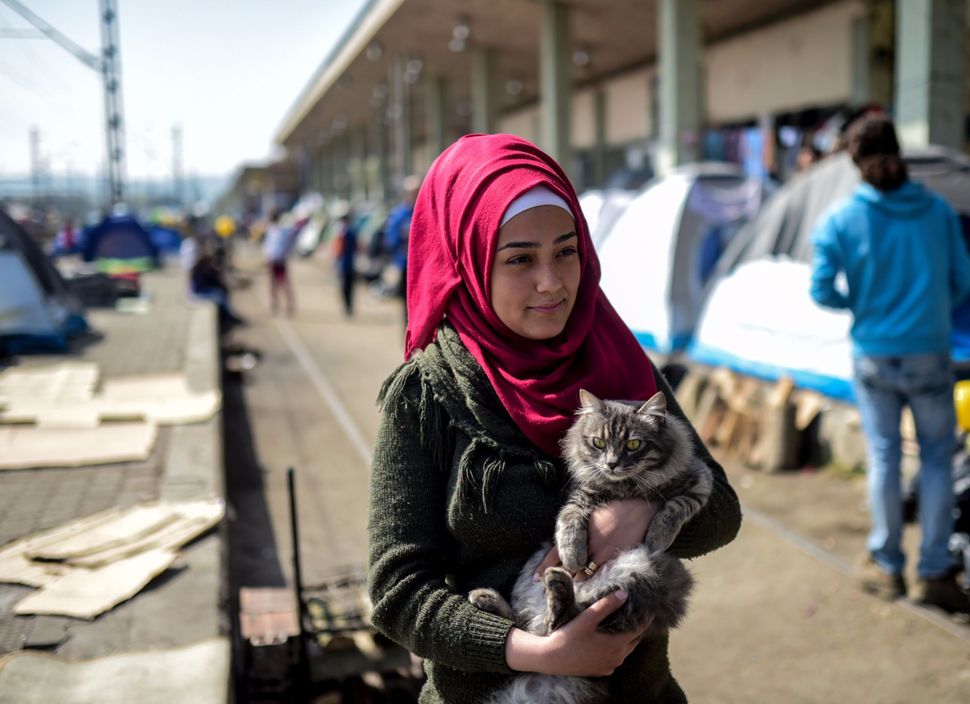 World Refugee Day is on June 20, and marks a particularly important time for us to reflect on the work being done in response to the ongoing global refugee crisis. In the Jewish community, and the broader faith and secular communities in the United States and Canada, we have an opportunity to renew our commitment to welcoming and providing a safe haven for refugees.

For many of us, seeing the tragic photo of young Aylan Kurdi, lying lifeless on the shore of the Mediterranean Sea last September, was a powerful moment, demanding that we pay attention to the human impact of the Syrian refugee crisis. Since 2011 when anti-governmental protests led to civil war in Syria, children like Aylan and their families have suffered the daily horror of violence and struggled to escape to safety.

As a Jewish community, we have known throughout our history what it means to be a refugee. Just recently in observing Shavuot, we read of the challenging, inspiring journey of our ancestors, Ruth and Naomi, who fled famine and struggled to find — and ultimately found — acceptance. Let us not forget, King David was the descendant of migrants. Each of us has a responsibility to ensure refugees are welcomed across our communities. It is not enough to just allow refugees to enter our country; we must go beyond and open the doors to our communities with warmth and compassion.

In times of tragedy, we cannot let fear cloud our values. We must speak out against hateful rhetoric that demonizes the other. The recent rise in anti-refugee and anti-Muslim sentiment, heard in the voices of public figures openly expressing a desire to ban refugees, goes against the foundational principles of American society. Such vitriol creates a hostile environment for newly arrived refugees and Muslim-Americans who are integral members of our communities across the United States. That is why we take special pride in the many Reform congregations that are engaged in Muslim-Jewish dialogues.

We are proud as well of our congregations whose actions reinforce their words and reflect their values. Temple Rodef Shalom in Falls Church, VA, is just one of the Reform Jewish synagogues that are opening their doors to Muslim and Syrian refugees as part of the Refugees Welcome Campaign. At the beginning of June, the congregation hosted a dinner with over 200 participants from the synagogue and local mosque, and six recently-resettled families from Syria. Similarly, Congregation Beth Israel in West Hartford, CT, is partnering with other houses of worship to help resettle a refugee family, expected to arrive this month.

I am inspired by the words of our Torah that command, “The stranger who sojourns with you shall be to you as the native among you, and you shall love him as yourself for you were strangers in the land of Egypt” (Leviticus 19:34). My Grandma Fannie came here 100 years ago as an immigrant, fleeing ghettos and anti-Semitism in Europe. As I reflect on her story, the challenges that she faced and the opportunities she had in seeking a safe haven in the United States, I cannot stand idly by and watch others face similar challenges today, yet be denied a chance to start a new life in safety and in freedom.

Jews and Muslims, refugees and immigrants, we are all the children of Abraham, and we must stand up together to call out Islamophobia and bigotry in America and to actively welcome refugees of all religious backgrounds.

Rabbi Jonah Dov Pesner is the Director of the Religious Action Center of Reform Judaism.

Today Is World Refugee Day. What Are Jews Doing About It?