Jill Stein and the Role of Radical Jewish Women in Politics 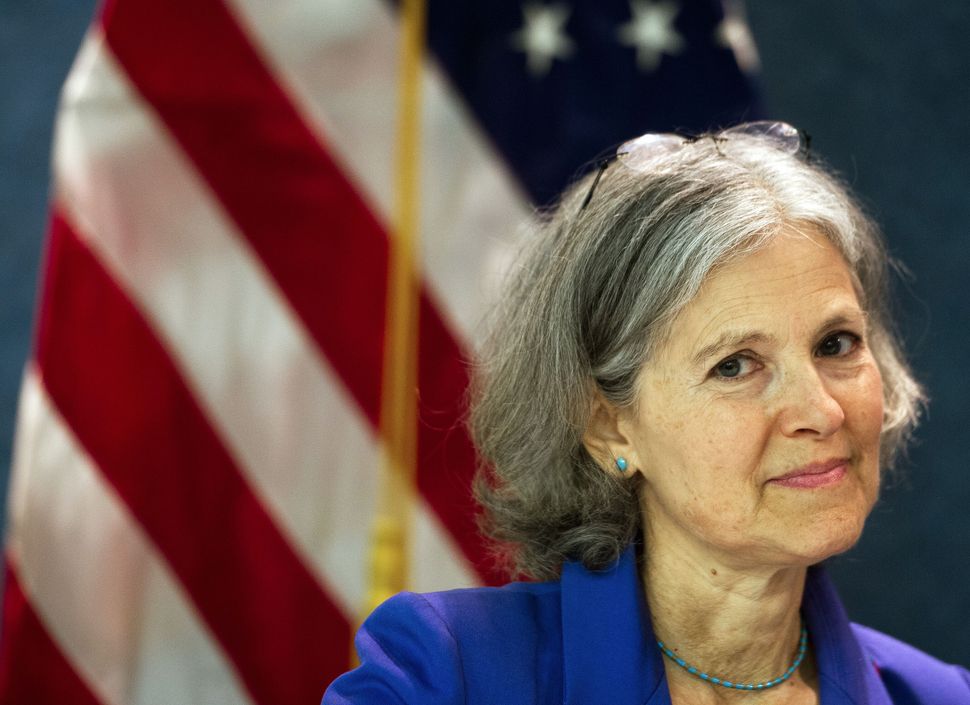 Jill Stein has been making waves throughout this especially wave-prone election cycle. Stein, a 66-year-old physician and longtime environmental activist, recently announced her candidacy for president in the 2016 race. This announcement follows her extensive criticism of both Donald Trump and Hillary Clinton, whose stances, policies and track records Stein has focused on challenging.

This year, in all likelihood, Stein will once again lose the election. Because of this, her presence on the ballot has been maligned as at best irrelevant, and, at worst, a potential source of help for Trump. Trigger-happy pundits have evoked Ralph Nader and the George Bush/Al Gore Florida vote-splitting fiasco, warning that any distraction from Clinton is as good as handing over the election.

But instead, why not look at Stein in the actual context of this election, and in the context of the history of Jewish women who have stood against the status quo for radical causes?

This isn’t 2000 and this isn’t the Bush/Gore race. Serious dissatisfaction with both leading candidates has brought to the forefront the feeling, as Stein has put it, that we exist within a “predatory” political system. Stein’s candidacy, if taken as what it realistically is — a statement, a challenge to specific policy issues, and a push for voters not to settle without having their needs addressed, at least in some capacity — may force the Clinton campaign to reconsider its stances on those issues in light of the demand from voters.

This becomes especially plausible considering the fact that Clinton will need critical votes from Bernie Sanders’s camp, to which Stein has closely allied herself (with a few key exceptions, including on foreign policy and environmental reform). Stein’s candidacy is hardly a threat to Clinton votes-wise. What it may be, however, is the continuation of the momentum of Sanders’s campaign, from a second, female, and more radical voice, which may move us closer to the empowerment to believe that voters can in fact influence their candidates to act in their favor. Rather than this being a divisive act, it could actually work to push Clinton further toward meeting the needs of Sanders and Stein supporters.

Stein, who identifies as “culturally Jewish,” considers her upbringing in Reform Judaism a serious influence in her dedication to social justice. She joins a long line of Jewish women who proposed radical challenges to unjust, inequitable systems. Viewed in this light, Stein’s candidacy continues the legacy of women like Heather Booth, Emma Goldman, Bella Abzug and Betty Friedan, all of whom used various forms of action to challenge racism, class inequality, sexism and other systemic inequalities that had been standard practice until then. Whether it’s Goldman in the Union Hall, Booth serving women before Roe v. Wade, Abzug at the National Women’s Political Caucus, or Friedan changing the way women are seen and see themselves societally, each used her own means and methods to implement change.

Stein’s method to implement change — a direct challenge through candidacy — is actually appropriate for this election, in which establishment politics have been thoroughly shaken in both the Democratic and the Republican parties, and in which voters are increasingly demanding candidates that more closely represent their needs. The Clinton campaign, ever adept, has shown signs of swinging to the left in response to Sanders’s unexpected popularity and resilience as a challenger.

Stein’s campaign, though ultimately not a viable one in the technical sense, actually has the power to do good if it’s seen for what it is. Though Stein herself may not accept the paradigm in which she is functioning — that of a system in which, in all likelihood, either Clinton or, Lord help us, Donald Trump will be the next president — her candidacy has the capacity to function as a challenge to that system from within.

Lana Adler is a freelance writer who covers culture, politics and LGBTQ issues. Follow her on Twitter @Lana_Macondo

Jill Stein and the Role of Radical Jewish Women in Politics