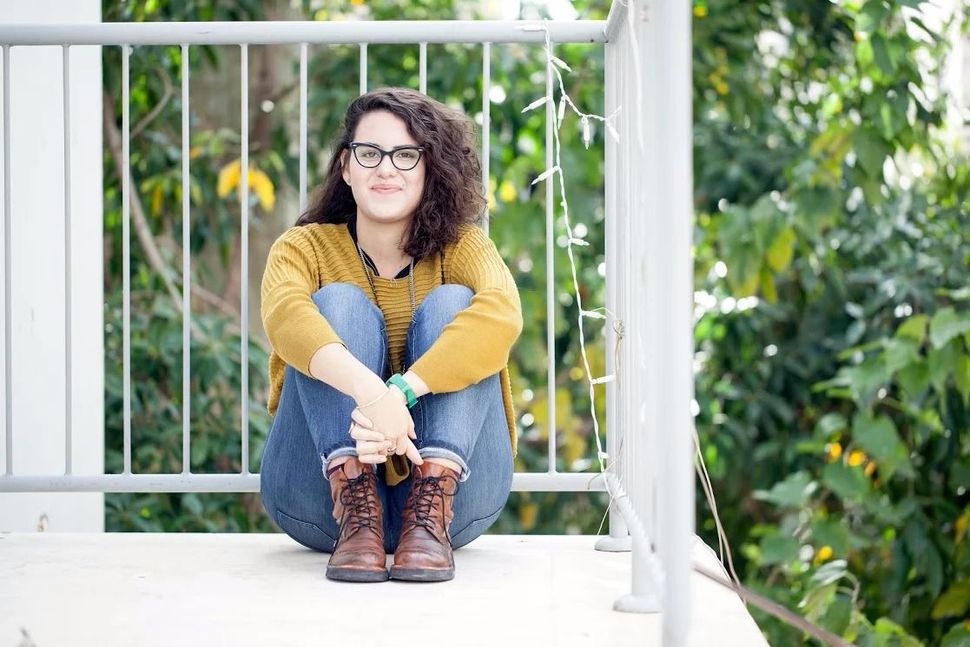 IDF military prison number 6 lies in one of the most picturesque spots in Israel, at the bottom of the Carmel Mountain, between green fields and banana plantations. The prisoners can see the mountains from the yard, but there is no view of the Mediterranean, less than a mile away.

The prison includes a separate unit for officers and, since 2011, a female unit as well. Prison life is boring and discipline is harsh. Most prisoners’ favorite days are those when they are taken to work at nearby factories. Following a mutiny in 1997, living conditions were improved a bit; among other changes, the cigarettes given to the prisoners were replaced by a better brand.

But 19-year-old Tair Kaminer doesn’t smoke. Last week, Kaminer made history: She was sentenced to 45 days for refusing to enlist in the IDF. This was her sixth trial, bringing her entire sentence to 170 days, more than any other female conscientious objector has received in Israeli history. Before sentencing her, Lieutenant Colonel Eran Shani complimented Kaminer for her bravery, but also told her that the consequences of her actions will be severe.

Kaminer could have avoided her long prison term. Many Israelis fake medical or psychological problems in order to avoid the draft. Religious women don’t serve either, so all it takes is a declaration that one observes in order to be released immediately. If you can convince the military that you are a pacifist — a challenging task, but not entirely impossible — you might be released as well. But Kaminer is neither religious nor a pacifist, and she is not ready to lie. She doesn’t oppose the military as a rule. Rather, she chose to refuse because of the IDF’s role in the occupation and in the systematic depravation of Palestinian civil and human rights.

In her public statement, Kaminer, who volunteered to do her year of national service with children in Sderot, writes: “The children I worked with grew up in the heart of the conflict, and went through traumatic experiences from a young age. In many of them, this has generated a terrible hatred — which is quite understandable, especially in young children. Like them, many of the children living in the Gaza Strip and the rest of the Occupied Palestinian Territories, in an even more harsh reality, learn to hate the other side. They, too, cannot be blamed. When I look at all these children, at the next generation of both sides and the reality in which they live, I can but see the continuation of trauma and pain. And I say: Enough!”

Support for such a refusal in Israel is extremely limited, and many view it as an anti-democratic act. After all, it’s a refusal to serve the democratically elected government of Israel. But a system that grants full rights to some civilians while withholding them from others — as Israel’s military regime does in the West Bank — has nothing to do with democracy. Some might argue that Kaminer doesn’t fully appreciate the risks Israel faces if it were to end its occupation. But no one can accuse her of not understanding democracy.

There is also a political context here. Israel has made it very clear that it will not consider evacuating the West Bank — nor giving Palestinians full rights — in the foreseeable future. While Prime Minister Benjamin Netanyahu paid lip service to the idea of Palestinian independence seven years ago (then retracted, then retracted his retraction), his actions speak louder than any speech he has given.

Unable or unwilling to produce a roadmap to the end of the occupation, Israel’s government is now taking harsher measures against those opposing it. The government is promoting a bill that would restrict human rights NGOs that receive foreign funding; a Palestinian leader who was appointed by the Palestinian Authority to promote dialogue with Israelis has had his entry permit revoked; cultural institutions have had to declare that they will perform in the settlements or else see their funding cut, unarmed Palestinian protesters are met with tear gas and occasionally live bullets — the list goes on.

Going against these trends is not easy. The 28 days I spent, more than a decade ago, in military prison 6 for refusing a reserve service in the Occupied Territories — and the confrontations that followed with people I loved and respected — were more difficult than anything I experienced in the preceding four years of mandatory service in the West Bank, Gaza and South Lebanon. I can only imagine what it’s like to go through this at the age of 19, and for such a long time.

Yet there is a greater concern here. By making an example out of Kaminer, Israel, its leadership and its military demonstrate their vision for the future: an indefinite occupation, with harsher and harsher measures against those resisting it. The political space and the personal freedoms of Israelis will crumble, and another Palestinian revolt will become all but inevitable. The price for both societies will be terrible — perhaps worse than all we have seen in the past.

As it stands, one 19-year-old woman is ready to take risks and fight for peace in a way that no political leader will.

Noam Sheizaf is an Israeli journalist. He blogs at +972 Magazine.