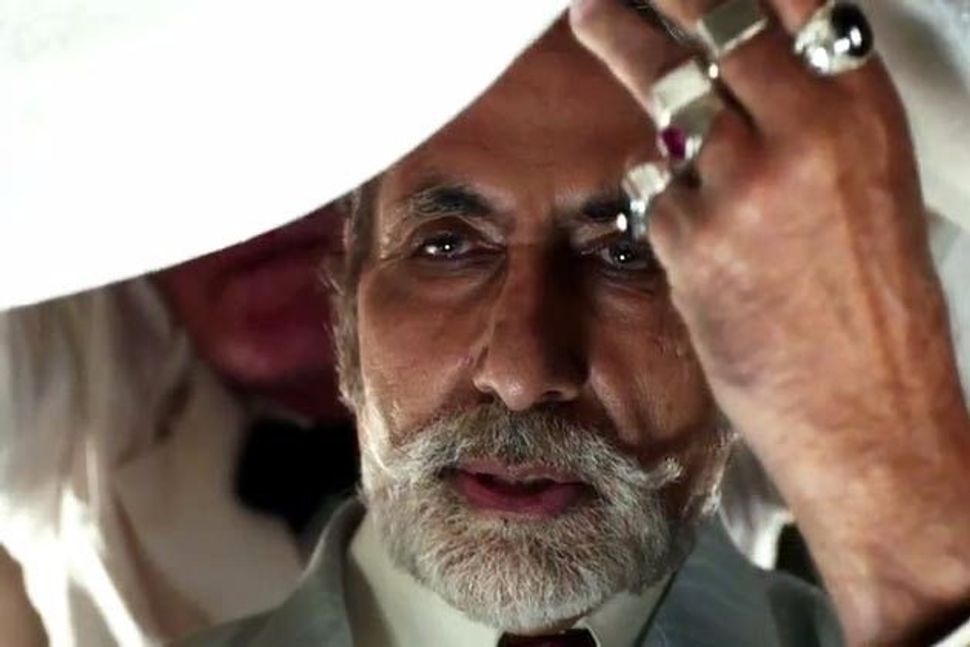 As a high school English teacher who writes poetry in her free time, I read a poem a day at the start of each class period. Last September, I read poems by Emma Lazarus, because students were going to be writing an essay about her famous sonnet “The New Colossus.” When I introduced her to the class and mentioned that she is considered the first Jewish American woman poet, a student raised his hand and asked, “Aren’t Jews the ones who run all the banks or something?”

He was completely serious. I was stunned.

“No, that’s definitely not true at all,” I quickly replied. “That’s an old stereotype and definitely not true…” A few students, who may have had a clue that I was Jewish, whispered, “Whoa dude, you better stop…” I’m not sure whether everyone in the class noticed my face growing red. I read the poem, and we continued class. But I remained shocked for the rest of the day and couldn’t look at that student the same way afterward.

The student’s hateful comment occurred in 2015, but it could have come straight out of my grandparents’ childhood in the 1940s.

I teach in a suburban Chicago high school where the student body is about half-white, half-Latino; around 80% of graduating seniors attend college. Within three miles of the school are two synagogues, but in my two years of working here, I have only met one Jewish student (who quietly uncloseted himself in a writing assignment relating to religions in “Life of Pi,” stating, “I’m Jewish too, by the way”). Aside from one substitute teacher, I am the only Jewish staff member in the building.

On the day before Rosh Hashanah, when I told students that I was Jewish to explain why I was going to be absent the next day, a student asked, “Oh, you’re Jewish? Do you mean you’re like half-Jewish?” “No,” I said, “I’m 100% Jewish.” They had never met a Jewish person before. They had never read a Jewish poem. And they couldn’t believe that after a few weeks of knowing me and knowing that I was “normal,” it turned out I was actually Jewish… I was part of the same group of people who “run the banks.” The same people who are related to Meyer Wolfsheim, the “flat-nosed Jewish gangster” in “The Great Gatsby” who is a source of Gatsby’s illegal money, and who wears cufflinks made of human molars — the only Jewish character in any book they will read in their high school English classes at this school.

When students do not know Jews personally and all they hear about Jews is from often-anti-Semitic media sources, an entire population becomes silenced by stereotypes. In order to promote diversity and teach empathy to the next generation, teachers need to be teaching literature from diverse authors, including Jewish ones.

One way for teachers to include Jewish writers in the curriculum is to teach Jewish poetry. Jewish poems need to be part of public dialogue and academic literary analysis, not just considered marginalized writing that only appeals to a Jewish audience. If it’s expected that only Jewish readers will read Jewish-themed books, how will anyone who is not Jewish learn about the Jewish experience and realize similarities between their own cultural background and that of Jews, especially if they grow up without knowing any Jewish people?

How will anyone realize that the Jewish experience is not limited to the Holocaust, which is virtually the only “Jewish” topic taught in primary and secondary schools in America?

How will we prevent the rise of anti-Semitic rhetoric and hate crimes on college campuses?

When I was a high school student in the early 2000s, my teachers taught the classics by “dead white men,” including Plato, Shakespeare, Walt Whitman, F. Scott Fitzgerald, Mark Twain, Ernest Hemingway and Robert Frost. But they also included works by diverse writers each year. Some of my favorite poems and stories were by Maya Angelou, Langston Hughes, Lorraine Hansberry, Sandra Cisneros, Amy Tan and Jhumpa Lahiri.

And yet, the only “Jewish” book I was ever assigned for school was “Night” by Elie Wiesel. Yes, it’s a necessary read for every citizen. Yes, teaching the events of the Holocaust is a way to teach the extreme dangers of being a bystander and of following the crowd, of what can happen when a population becomes a scapegoat to the point where they are considered less than human. Yes, this should be eye-opening to students, allowing them to make connections to other genocides that have occurred around the world.

But when students are only shown images of Jews with their ribs poking through their skin, we are not telling the whole story. “Night” should not be the only Jewish text in the 6-12 curriculum.

In her powerful speech “The Danger of the Single Story,” Nigerian writer Chimamanda Adichie speaks to this issue. When she came to America for college, her roommate was surprised to learn that she hadn’t grown up in an African jungle or in an impoverished and diseased rural area, and that she didn’t speak a tribal language. Adichie explains that her roommate only had a “single story” of Africa.

The same holds true for American students’ knowledge of Jews, when the Jewish story they’re taught is one of genocide — and nothing else.

At my graduating residency for my MFA program, I had to give a lecture on my thesis topic, American Jewish Women Poets, which was focused on the poetry of Emma Lazarus, Alicia Suskin Ostriker, Maxine Kumin and Chana Bloch. My lecture was followed by a reading of my own poetry from my manuscript of Jewish-themed poems. After the lecture and reading, a fellow writer complimented me on a job well done and said something like, “I didn’t realize there was so much to say about this topic.” He had a single story of Jews, too, despite being a writer and avid reader.

In order for the dialogue to be expanded, everyone needs to do their part. Publishers need to be willing to accept writings that go beyond typical Jewish experiences. Then, teachers need to bring Jewish voices into the classroom along with the diverse voices that have been part of America’s curriculum for years. Finally, students need to learn that Jews are not just victims or bankers or any one thing. We are 100% Jewish — with a diverse range of stories to be told.

Jamie Wendt’s poetry, essays and book reviews have been published in a variety of journals, including Lilith, Green Mountains Review and Raleigh Review. She lives in Chicago with her husband and daughter. Find her online at https://jamiewendt.wordpress.com