How Will the New U.N. Secretary General Be Chosen — and How Does That Impact Israel? 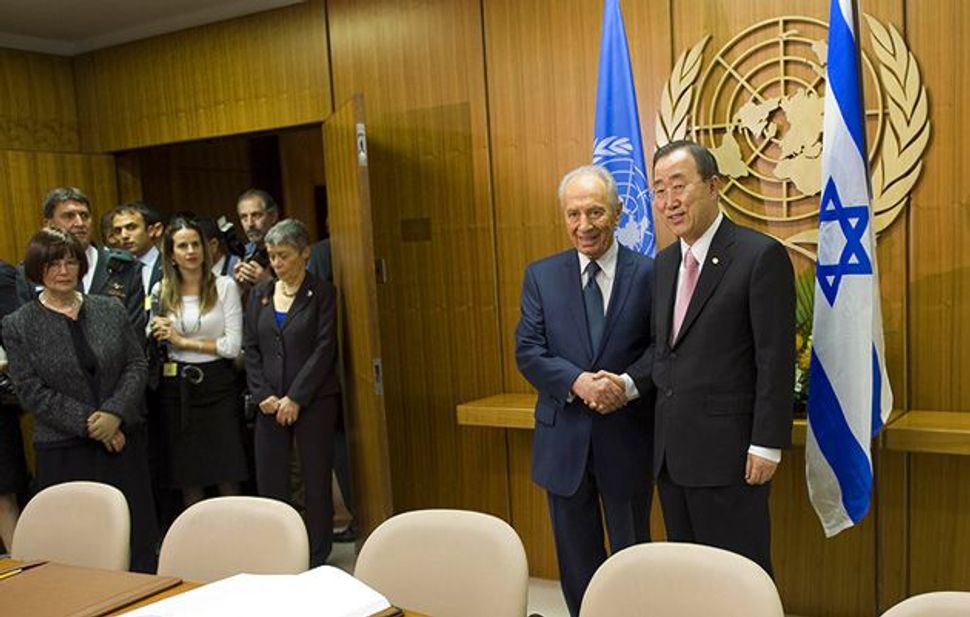 Over the past few months, a passionate political race has been taking place over one of the most desired positions in the world. The results will impact not only the United States, but also Israel and its place in the world.

I am not referring to the American presidential race. While the question of who will be the next president of the United States has been the main focus of the media, another race is taking place far away from the headlines. Here in the Turtle Bay neighborhood of Manhattan, contestants from all around are vying to become the next Secretary General of the United Nations.

At the end of this year, U.N. Secretary General Ban Ki-moon will complete his ten-year term. His replacement will be elected after a long and vigorous process. As is often the case in diplomacy, outwardly, the race will be polite and diplomatic, but behind closed doors political plots are being weaved that might put “House of Cards” to shame.

Aside from a few U.N. trivia experts, not many know how the past secretary generals have transitioned overnight from anonymous politicians to members of an exclusive group of influential world leaders.

For 70 years, those selected to occupy the spacious office overlooking Manhattan’s East River were chosen behind closed doors by a small number of Security Council members. After passing the hurdle of a possible veto by the five permanent members, the Security Council would then send a single candidate to be confirmed by the 193 U.N. member-states in the General Assembly.

The selection process of the ninth Secretary General represents a turning point in terms of making the proceedings public. For the first time, the General Assembly is attempting to introduce transparency to the process and hold the candidates accountable to the larger voter body.

To date, 12 countries have put forward candidates for this coveted position. The list includes six women and six men, eight candidates from Eastern Europe, one of whom is the former President of Slovenia, three of whom are the former prime ministers of Portugal, New Zealand and Montenegro, and seven of whom are current or former foreign ministers.

This year, in another first, the candidates were asked to undergo a “job interview” by the U.N. member-states. And in another unprecedented move, ten of the candidates agreed to participate in a televised debate similar in format to the American-style presidential debates.

For two hours the candidates presented their platforms and answered the questions presented by the moderators and the ambassadors in the audience. According to some sources, broadcast rights were sold for half a million dollars. The debate was courteous and restrained, in a sense that some people unfamiliar with the U.N. might even perceive as tedious. Throughout the debate, the candidates were faced with questions on every topic from the situation in Syria and the global refugee crisis to economic development and gender equality.

At the end of the day, however, despite all the talk of transparency, it is still the Security Council with its five veto-wielding permanent members who will select the candidate to the General Assembly for an up or down vote.

As usual at the U.N., the Israeli-Palestinian conflict drew a fair amount of focus during this process as well. Representatives of Arab delegations will continue to call for an increase of anti-Israel activity at the U.N. The Israeli delegation, for our part, will insist that the candidates share how they would deal with Palestinian terrorism and incitement, and how they propose to convince Mahmoud Abbas to return to the negotiating table.

One of the most important tasks the new Secretary General will face is dealing with the prevailing bias, discrimination and singling out of Israel. Just last year, anti-Israel forces at the U.N. ensured that no less than 22 General Assembly resolutions were passed condemning the Jewish state. We are the only country that’s the target of various U.N. bodies established and staffed solely for the purpose of advancing the Palestinian cause and criticizing Israel in the most biased manner possible.

The candidates for Secretary General are often asked whether they see themselves as a “Secretary” or as a “General.” The former will maneuver between the different desires of leaders and countries, while the latter will serve as a leading figure for the world, outlining a new direction.

This question is of particular significance for Israel and our supporters. As the main protector of U.N. values and the principles of its Charter, will the new Secretary General serve as a “secretary” to anti-Israel forces and stand silent against obvious bias? Or will he or she stand strong as a “general” willing to challenge those who seek to pervert the very values upon which the U.N. was founded, by continuing to unfairly criticize the only true democracy in the Middle East?

For Israel, this election provides an opportunity for hope that the U.N. will strike out on a new path and begin to play a leading, and fair, role in international affairs. This is not just a hope for Israel, but for the entire international community, which deserves a Secretary General, and a U.N., that lives up to its full potential.

How Will the New U.N. Secretary General Be Chosen — and How Does That Impact Israel?