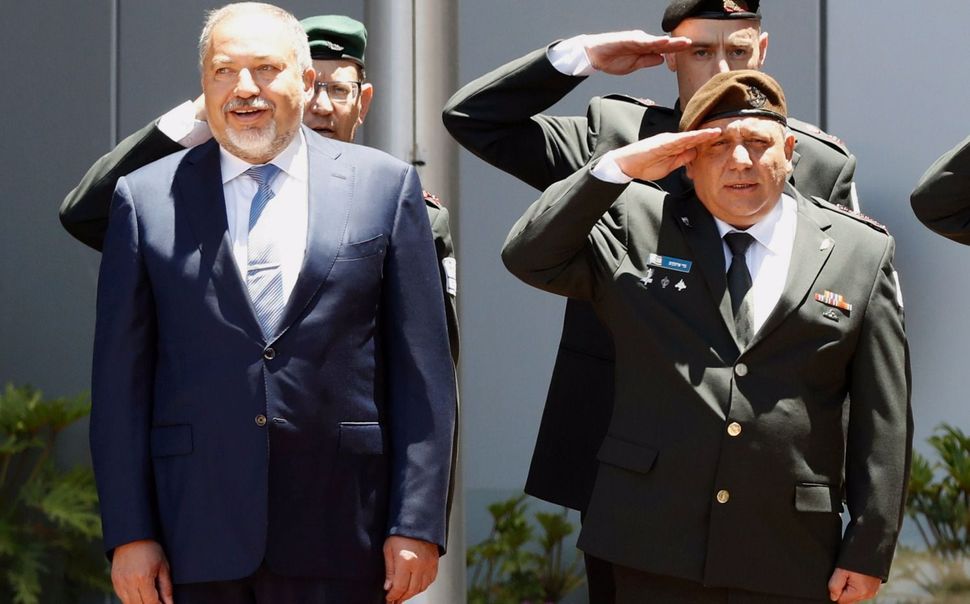 The long-simmering tension between Israel’s generals and their politician bosses flared up in early August into a near-crisis in U.S.-Israel relations. It’s an almost comically complicated caper, so pay close attention. You can’t make this stuff up.

It began as an attack on President Obama by Israel’s defense minister, Avigdor Lieberman, over last year’s Iran nuclear deal. Lieberman compared the Iran deal to the Munich Agreement with Hitler, which infuriated Obama and upended sensitive aid negotiations. It quickly became clear, however, that the defense minister’s real target was his top subordinate, the chief of staff of the Israel Defense Forces, Lt. Gen. Gadi Eisenkot, who praised the Iran deal last January, kicking off a long-running feud. Obama was just collateral damage. The resulting crisis was what you might call an unintended consequence.

Obama had told an August 4 press conference that “the Israeli military and intelligence community” agrees with U.S. intelligence assessments about the success of the Iran deal in deterring Iranian nuclear weapons development.

Israel’s defense ministry responded the next day with a statement — reportedly drafted at Lieberman’s personal initiative — that “the Israeli defense establishment” views the Iran deal as worthless and a setback to “the unwavering battle that has to be waged against terror states like Iran.”

The statement went on to compare the Iran deal to the infamous 1938 Munich Agreement, in which Britain and France allowed Hitler to take over western Czechoslovakia, setting the stage for World War II.

Prime Minister Benjamin Netanyahu, after reportedly speaking with U.S. ambassador Dan Shapiro, issued his own statement just hours after Lieberman’s. It said that while Israel’s view of the Iran deal hasn’t changed, “the prime minister staunchly believes that Israel has no ally more important than the U.S.” Three days later Lieberman’s ministry issued an abject retraction, saying the Munich analogy wasn’t intended as a historical reference and expressing regret at any misunderstanding. Lieberman prides himself on never apologizing or backing down, so the retraction indicates the level of U.S. displeasure at his Nazi chatter.

Worst of all, Netanyahu had a team in Washington at the time, trying to wrap up a new 10-year agreement on U.S. military aid. Thanks to the defense minister’s outburst, the talks collapsed. Now Netanyahu has to get them going again.

In fact, Obama wasn’t wrong about Israeli intelligence and the Iran deal. Despite the fierce opposition of Israel’s political leadership to the Iran deal, its military and intelligence professionals — the group Obama referred to — are far more favorable. Eisenkot himself, in his first major address as chief of staff last January, called the Iran deal a “strategic turning point” that contains “threats, but also opportunities.” The chief of military intelligence, Maj. Gen. Herzl Halevy, spoke similarly in a speech in June.

But Lieberman’s beef with Eisenkot and the army command has deeper roots. Lieberman has long been critical of the army command, viewing it as too soft on the Palestinians. In 2014, while serving as Netanyahu’s foreign minister, Lieberman opposed the cease-fire that ended the Gaza war, urging instead that the army take over Gaza and eliminate Hamas.

This past March, while in the parliamentary opposition, Lieberman joined and led protests against the army command for arresting a soldier who had killed an immobilized Palestinian terrorist with a bullet to the head.

In May, while negotiating his return to the government, Lieberman demanded legislation imposing the death penalty on terrorists. He claims it would deter future terrorism. The army says it would simply inspire new terrorists.

Lieberman was sworn in as defense minister on May 30.

On July 26, Eisenkot struck back. Addressing the Knesset foreign affairs and defense committee, he testified that the “greatest threat” facing Israel’s army is not Hezbollah or Hamas, but the erosion of Israeli public faith in the military.

That public trust is being undermined, he said, by public figures and organizations that defend the Hebron shooter and attack the army for arresting him. “Some say the IDF has gone limp, but that is simply a lie,” Eisenkot said. “We want the army to operate according to orders, rules of engagement, the spirit of the IDF and the values of the IDF. If somebody wants the ethos of a street gang, please speak up.”

He declined to name names — he told lawmakers looking for names to “check on Google” — but it was clear to all concerned that he was thinking foremost of Lieberman, his new boss.

His testimony was reportedly coordinated in advance with the committee chair, Likud lawmaker and former Shin Bet chief Avi Dichter, who submitted a resolution afterward supporting Eisenkot’s leadership. The committee issued a public statement afterward describing the session, an unusual move for the normally secretive body.

Lieberman wasn’t Eisenkot’s only target. He’s faced repeated criticism from the right, particularly the religious nationalist community. Last February, questioned by a high school senior over his tightening of the rules for opening fire, the general said he didn’t want Israeli soldiers “emptying their ammunition clips on a 13-year-old girl armed with scissors.” He added that the army can’t be governed by “slogans” such as the talmudic maxim “if someone comes to kill you, kill him first.” That touched off a weeks-long uproar from the religious world. At the height, in mid-March, Israel’s Sephardic Chief Rabbi Yitzhak Yosef declared it a “mitzvah,” a religious duty, to kill terrorists. The shooting of the disabled terrorist by the soldier in Hebron came 11 days later. Since then the army has been under continuous attack from the right for its decision to charge and try the soldier.

A week after his Knesset appearance, Eisenkot flew to Washington for a round of meetings with his American counterparts, overseeing the conclusion of the sensitive aid negotiations and reviewing Israel’s purchase of F-35 aircraft. Coincidentally or not, Eisenkot was at the Pentagon for a special ceremony on the very day that Obama dropped by for his August 4 press conference. Eisenkot was there for a “surprise” conferring of the U.S. Legion of Merit medal by Joint Chiefs of Staff chairman Joseph Dunford for “exceptionally meritorious service.” Eisenkot got back to Israel the next day, Friday, just in time to hear his boss, Lieberman, ruin his week’s work.

Lieberman’s apology came the following Monday, August 8. It wasn’t really an apology, though. He blamed the media for describing his Hitler analogy as a Hitler analogy.