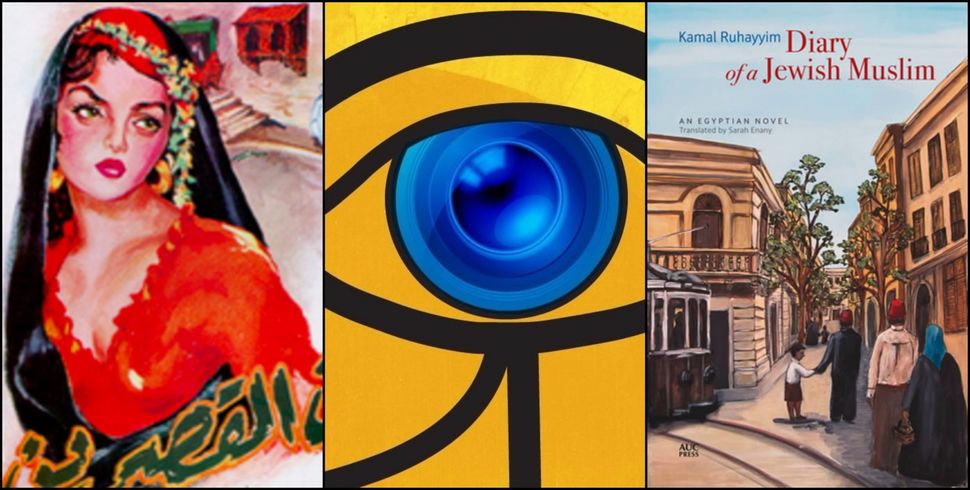 Writing this week in The Wall Street Journal, columnist Bret Stephens had some strange things to say about Arab-majority countries. From an Egyptian’s refusal to shake hands with an Israeli after their Olympics judo match, the one-time editor of The Jerusalem Post extrapolates all of recent politics and history across 22 countries. He makes reference to “the disease of the Arab mind,” one that is apparently shared amongst some 300 million people. He further accuses the Arab world of having a “stunted literary culture.”

It’s hard to say when, during Arabic literature’s 1,500 continuous years, this abrupt growth-stoppage might’ve occurred. It’s also hard to say if Stephens means the lit scene in Beirut or Khartoum, Cairo or Algiers, Marrakesh or Kirkuk…or Dubai? All these cities share a literary language — except when books are written in colloquial Arabics, Tamazight, English, Kurdish, or French — but a single language hardly makes a single tradition.

Like all authors, Arabs struggle with the power relations that control their culture. That means they wrestle with religious leadership, political and economic systems, sexual mores, bigotry, misogyny, homophobia — and, yes, even the anti-Semitism that Stephens puts at the root of everything.

In the last ten years, several Iraqis have set their novels in and around the thriving Jewish culture in pre-1940s Baghdad. New literature about Jewish communities in other Arab countries has also appeared in novels like Syrian novelist Ibrahim al-Jubain’s “Diary of a Damascus Jew” (2007), Egyptian novelist Mutaz Fatiha’s “The Last Jews of Alexandria” (2008), Yemeni Ali al-Muqri’s “The Handsome Jew” (2009), and Algerian Amin Zaoui’s “The Last Jew of Tamentit” (2012), written in French.

Stephens might be surprised at how sympathetically Jews are depicted in many of these books — presuming he reads in Arabic and French, as he must to make such a sweeping statement.

If not, he might be interested in this remedial reading list. It doesn’t even graze the throbbing landscape of contemporary Arabic poetry (see here for a few fresh translations) or capture the shifting gender representation on view in the Arabic book world (check out these 10 Arab women’s works that should be translated into English). Yet it shows that even though Arabic literature has obstacles — poor distribution, war, writers in exile, government suppression, problematic copyediting, variable criticism, crap remuneration — it thrives.

An experience of the full panorama of Arabic literature should probably begin with pre-Islamic poetry. But as to modern letters, you couldn’t find a better beginning than al-Shidyaq’s satirical, sexual, critical, gender-aware, hyper-literate, list-loving and semi-autobiographical “Leg over Leg,” published in 1855, recently translated by Humphrey Davies. 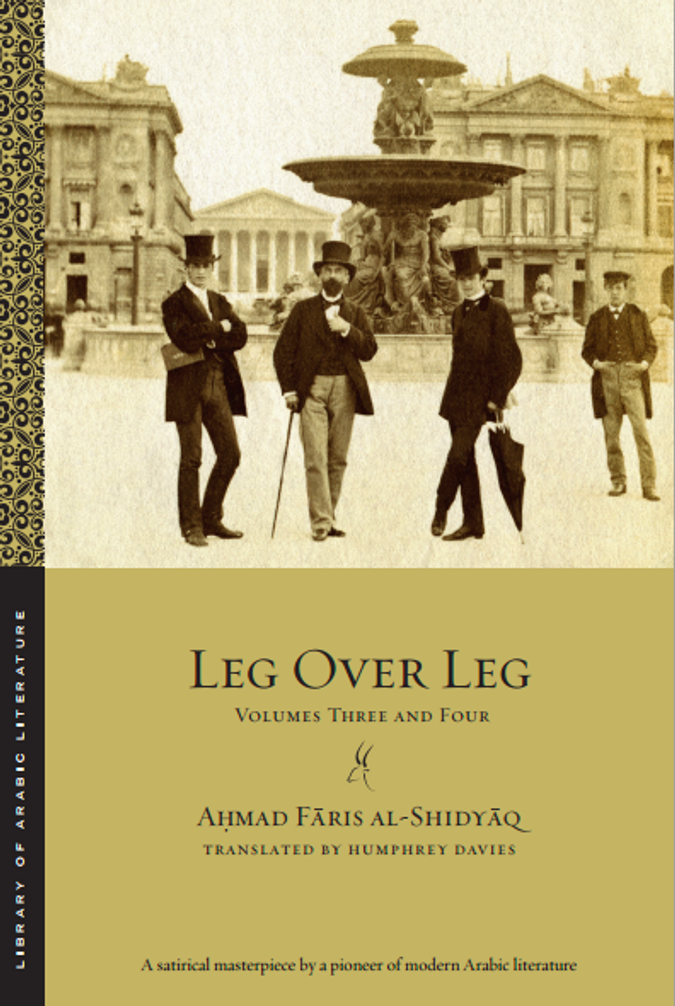 2) “As Though She Were Sleeping” by Elias Khoury

Khoury’s most well-known novel is his sweeping “Gate of the Sun.” But the tender 2007 novel “As Though She Were Sleeping” is set in a 1930s before there were sharp borders between Israel, Palestine and Lebanon. It foregrounds a woman, Milia, and the novel’s absolutely crystalline language seizes images from a lost time and freezes them in the reader’s consciousness, all while traveling in Khoury’s endless circles. Translated by Davies or by Marilyn Booth: both versions are beautiful. 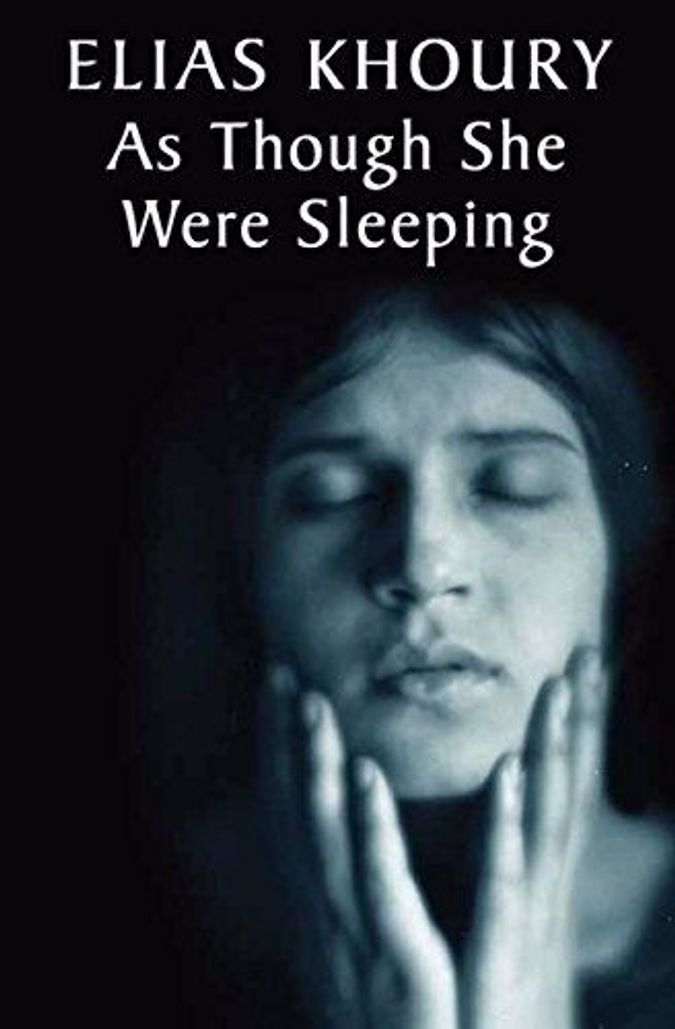 3) “The Cairo Trilogy” by Naguib Mahfouz

We can’t forget our (un-stunted) Nobel laureate. For literary innovation, you might choose the 1988 Nobel winner’s “Miramar” or “Children of the Alley,” but there is something grandly magical about the expanse of the “Trilogy,” published in the 1950s, and the power of mind it must’ve taken to create and hold together this vast landscape. 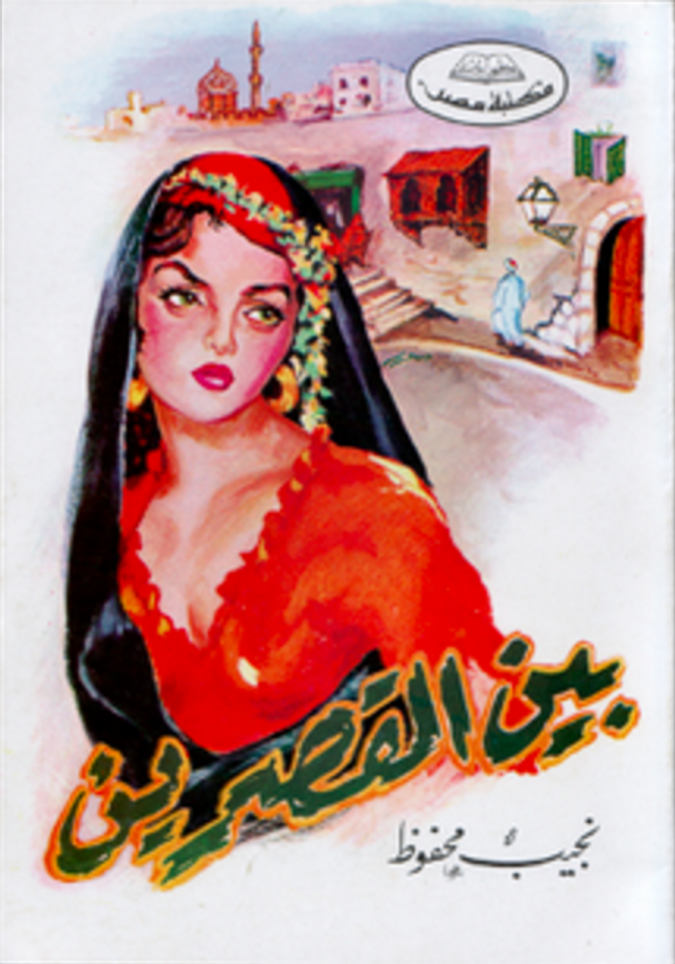 4) “Diary of a Jewish Muslim” by Kamal Ruhayyim

This 2008 novel is one of more than a dozen recent historical novels about Jews in Arab-majority countries. “Diary of a Jewish Muslim,” ably translated by Sarah Enany, is the beginning salvo of a trilogy that centers on a character with a Muslim father and Jewish mother, whose Jewish grandfather is the moral center of the book. 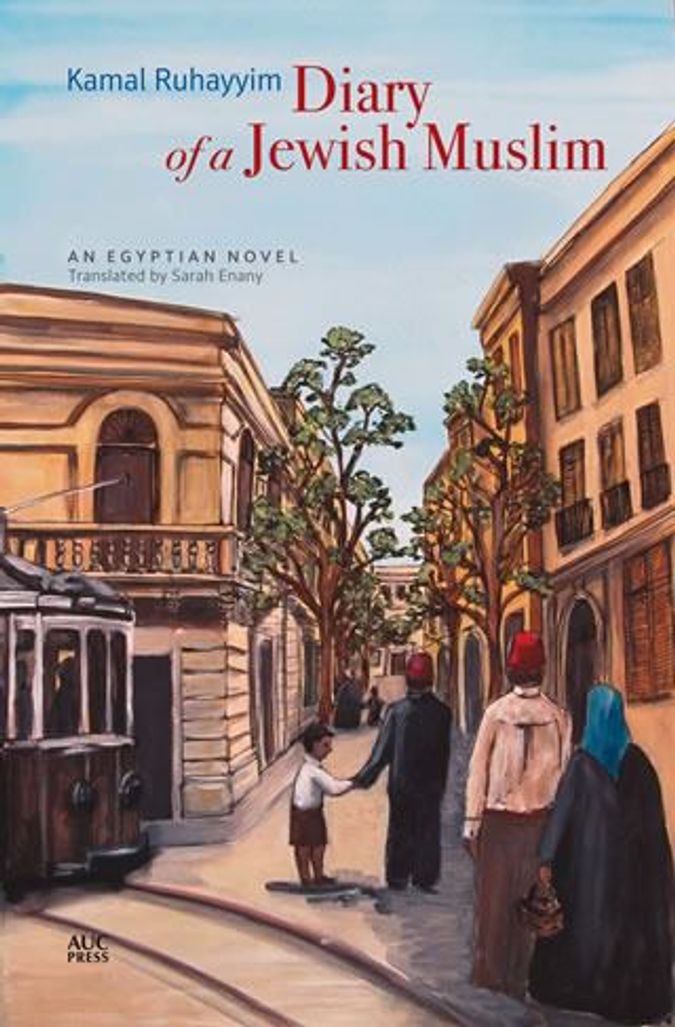 “Stunted literary culture” seems to imply that there is an absence of literary innovation. Enter the 2013 novel “Limbo Beirut,” translated by Anna Ziajka Stanton (2016). It falls somewhere between a collection of linked short stories and a novel, is told in five different styles, and includes art from several of the region’s rising illustrators. It can be considered alongside Ahmed Naji’s “Using Life,” which falls between novel and graphic novel and will appear in translation next year. Actually, there’s a great deal of innovation to be found in the region’s graphic-novel magazines, like Lebanon’s “Samandal,” Tunisia’s “Makhbar 916,” and Egypt’s “TokTok.” 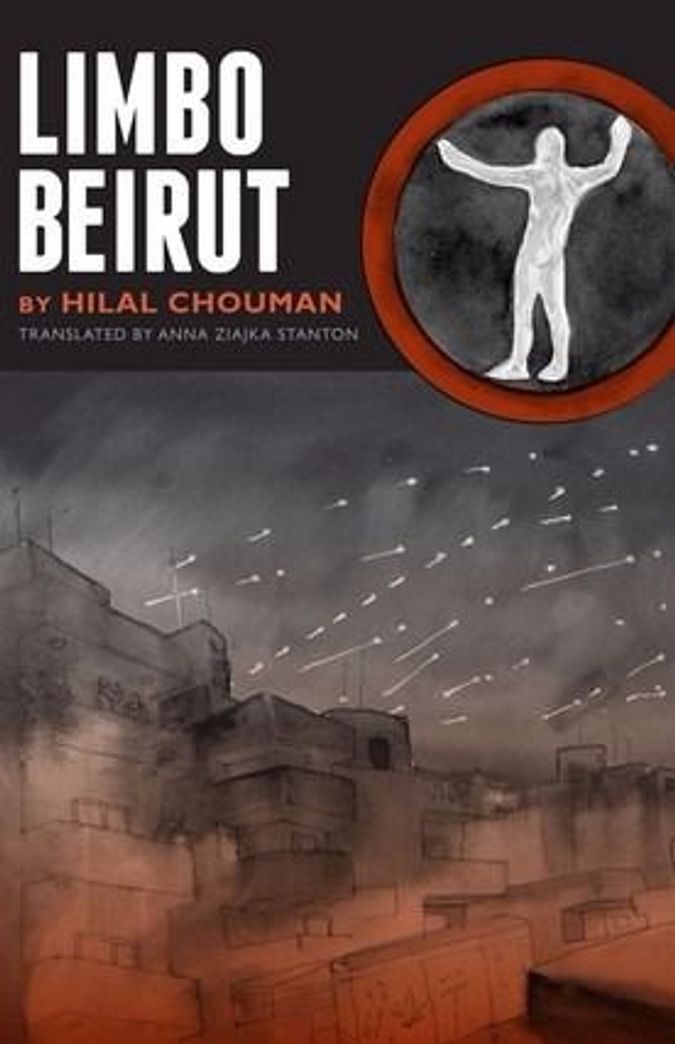 6) “The Queue” by Basma Abdel Aziz

For a deep, insightful look at contemporary Egypt, there’s Abdel Aziz’s trenchant political fantasy, published in Arabic in 2013 and in Lissie Jaquette’s fluid translation in 2016. Here, Mahfouz meets Orwell, with a particularly interesting look at the lives of Egyptian women from a variety of class backgrounds. Mohamed Rabie’s “Otared,” out in English later this year, will be another to read alongside “The Queue.” 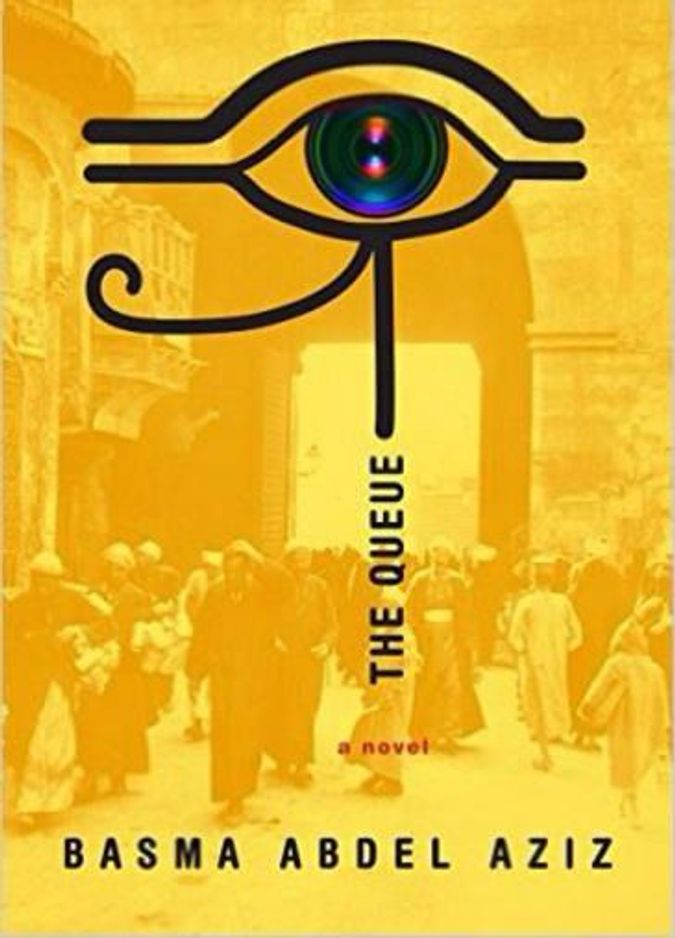 Jaber is frighteningly well-read, startlingly prolific, and damn well knows how to construct a novel. “Confessions” makes the list for its mouth-watering use of language, held up in Kareem James Abu-Zeid’s translation, as well as its difficult questions about identity and self-construction. 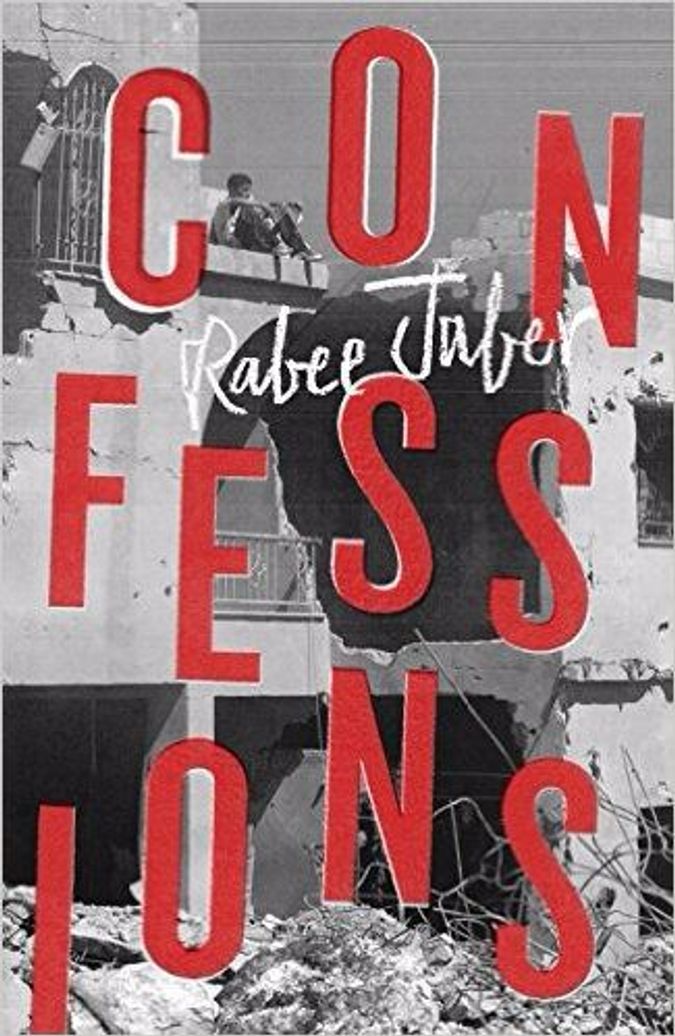 8) “The Corpse Exhibition” by Hassan Blasim 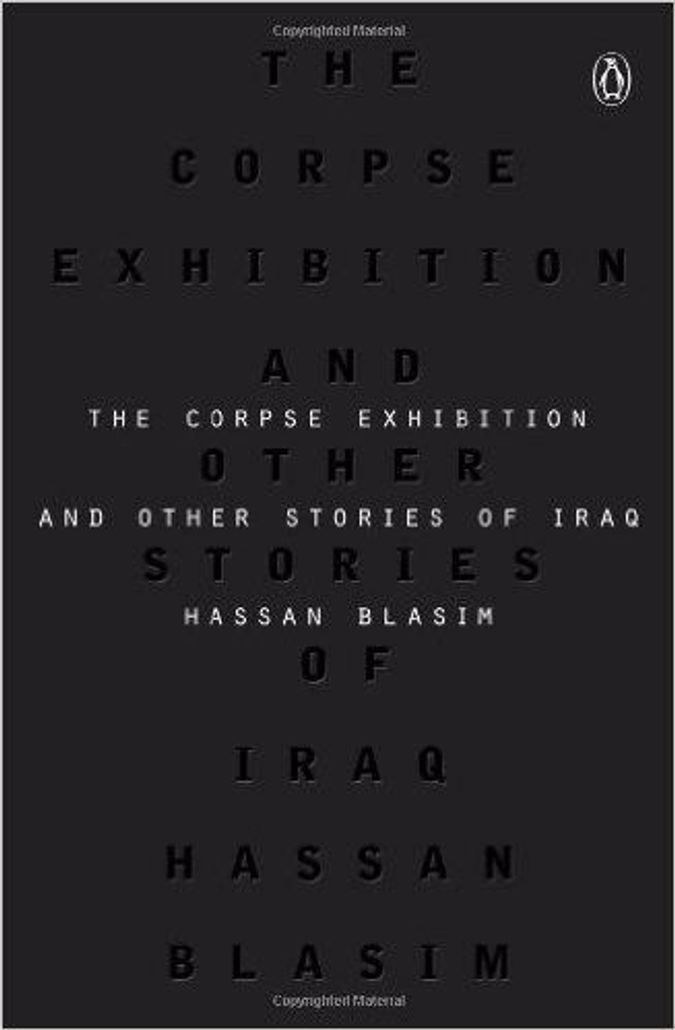 If Bret Stephens cannot commit to all of the above books, I urge him to at least get the spring issue of the magazine “The Common,” which features writers as diverse as the terrifyingly brilliant Iraqi Muhammad Khudayyir, Palestinian writer Ala Hlehel, Moroccan Malika Moustadraf, Syrian Rasha Abbas, as well as work by Blasim and Chouman. Acker and Bustani have captured a few of the edges of Arabic literature, where it is pushing out, changing and redefining itself. That doesn’t exactly seem “stunted” to me. 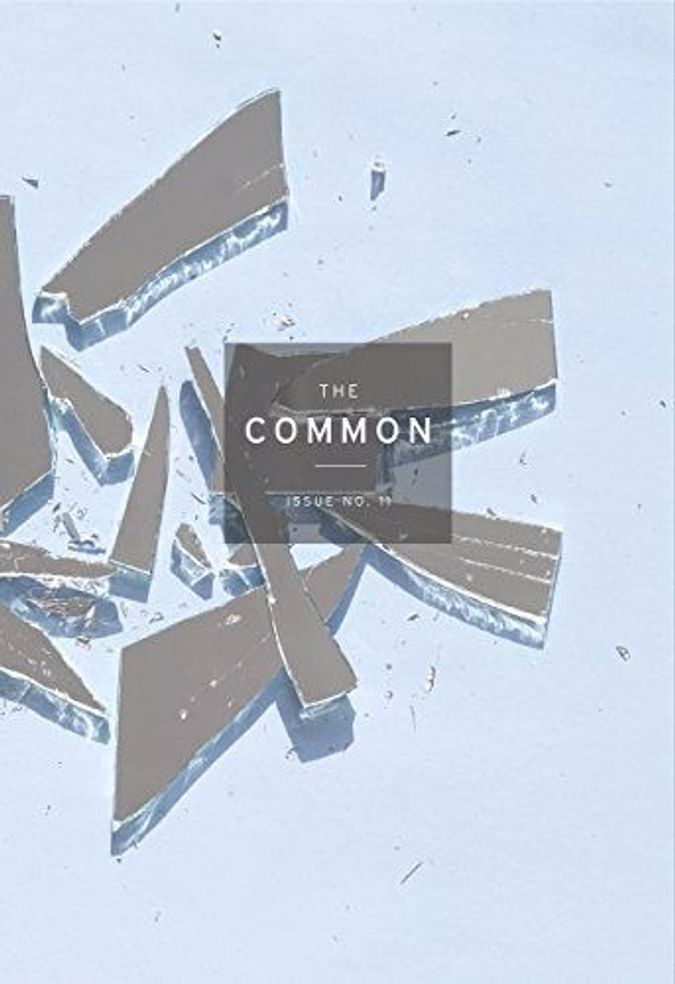 M. Lynx Qualey is the founder of ArabLit.org, a website that brings together translators, authors, publishers, critics, academics and readers around discussions of Arabic literature in translation. Follow @arablit on Twitter.